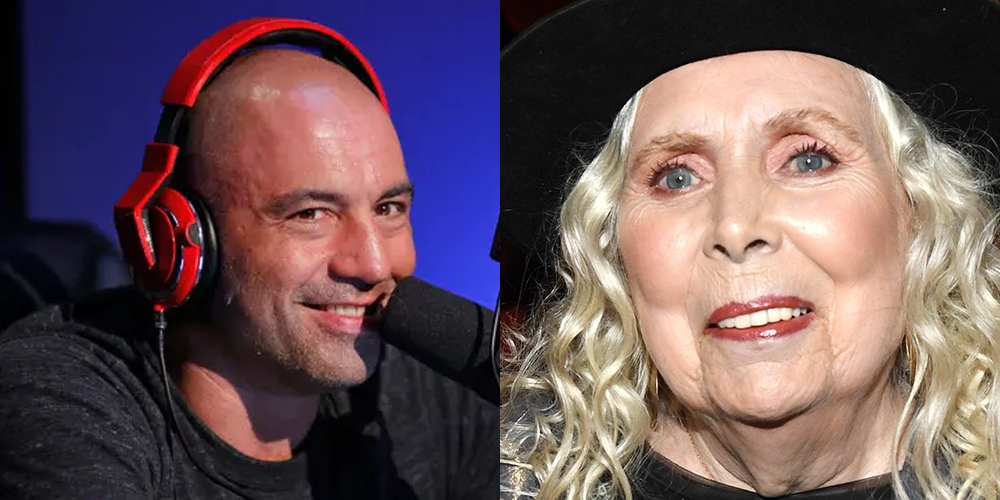 Mitchell announced on her website on Friday night that she was removing her music, writing:  "Irresponsible people are spreading lies that are costing people their lives. I stand in solidarity with Neil Young and the global scientific and medical communities on this issue."

She did not mention podcaster Joe Rogan, who was the target of Young’s ultimatum against the music streaming platform, by name.

The Grammy-award winner also shared an open letter penned by “270 doctors” demanding censorship of Joe Rogan. The so-called “doctors” called for Spotify to remove episodes and add disclaimers to his show, the Joe Rogan Experience, over “misinformation” on the vaccine.

Late last year, Rogan featured guest Dr. Robert Malone, a co-creator of mRNA vaccines, for sharing his views on the pandemic on his show.

"This is not only a scientific or medical concern; it is a sociological issue of devastating proportions and Spotify is responsible for allowing this activity to thrive on its platform," the open letter claims.

Young removed his music from Spotify earlier this week, citing Joe Rogan’s podcast as an example of the platform refusing to take responsibility for the content it hosts.

“Spotify has become the home of life-threatening COVID misinformation," Young argued. "I sincerely hope that other artists and record companies will move off the Spotify platform and stop supporting Spotify's deadly misinformation about COVID."