A judge is facing criticism after he reversed the conviction of a teenager accused of rape, suggesting that the five months he spent in county jail was a "just sentence." 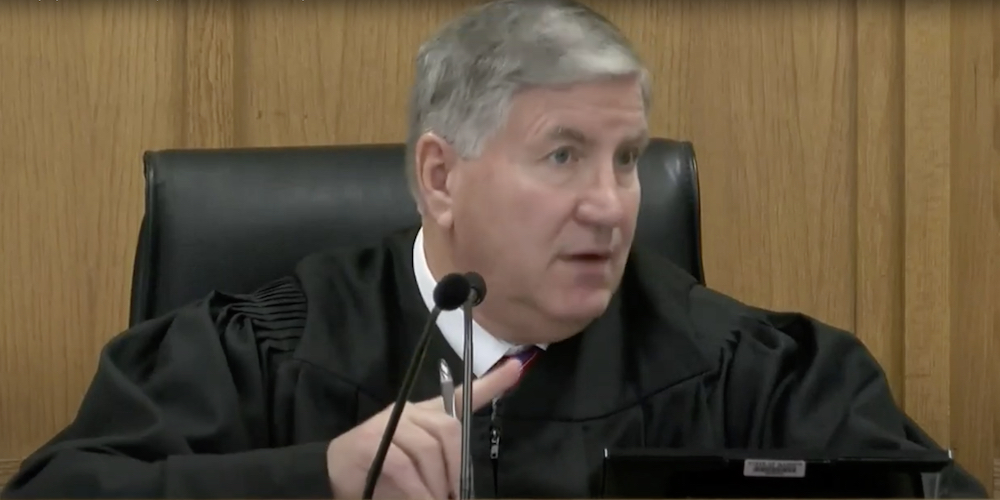 A judge is facing criticism after he reversed the conviction of a teenager accused of rape, suggesting that the five months he spent in county jail was a "just sentence."

On January 3, Drew Clinton appeared in Illinois' Adams County Circuit Court to be sentenced, only to have his guilty verdict overturned by Judge Robert Adrian.

18-year-old Clinton had originally been found guilty on one count of criminal sexual assault for allegedly raping a 16-year-old girl at a party in 2021. He is said to have committed the attack while holding a pillow over the victim's face, who awoke to the attack after reportedly passing out, according to the Herald-Whig.

Drew Schnack, Clinton's attorney, said his client should have been found not guilty during the trial because the prosecution did not meet the burden of proof beyond a reasonable doubt.

"The only evidence of what went on in that room for that three- or four-hour period of time was the girl saying couldn’t remember or didn’t know, and (Clinton) who was interviewed by the police when they first picked him up and gave a long, long statement and who testified in court," Schnack said. "His statement has never changed."

Judge Adrian, instead of reprimanding Clinton for his behavior, accused the victim of putting herself in a risky situation by attending the pool party and consuming alcohol.

"This is what's happened when parents do not exercise their parental responsibilities, when we have people, adults, having parties for teenagers, and they allow coeds and female people to swim in their underwear in their swimming pool," Adrian said. "And, no, underwear is not the same as swimming suits. It’s just – they allow 16-year-old to bring liquor to a party. They provide liquor to underage people, and you wonder how these things happen."

"He may not have meant what he said, the way that he said it," the victim's father noted after the verdict, "but the way that several people interpreted it was 'It's your fault.'"

"It's worse now than it was (before), because not only does she not have her justice, but now she feels like she spoke up for nothing, and you know that hurts" he said. "Now she wishes she wouldn’t have even said anything."

"He put the blame on the victim, and he erased everything that we have put her through counseling for," said the girl's stepmom.

According to the Herald-Whig, the victim had been attending therapy to recover from the incident, but her parents say any progress was decimated following the overturning of the verdict.

As for the perpetrator, Judge Adrian made it clear he thought he had suffered enough. "Mr. Clinton has served almost five months in the county jail, 148 days," the judge said. "For what happened in this case, that is plenty of punishment. That would be a just sentence."

Adams County Assistant State’s Attorney Anita Rodriguez came out in support of the victim, adding that she has never seen a verdict reversed in such a way during her 40-career prosecuting sex crimes, and is baffled as to why the decision was made.

"My heart is bleeding for the victim," Rodriguez said. "It was a very difficult bench trial. It did a lot for her healing process, but now she’s back to where we were at."