'Justin Trudeau has got to go': Large crowd gathers in downtown Toronto to protest Covid restrictions 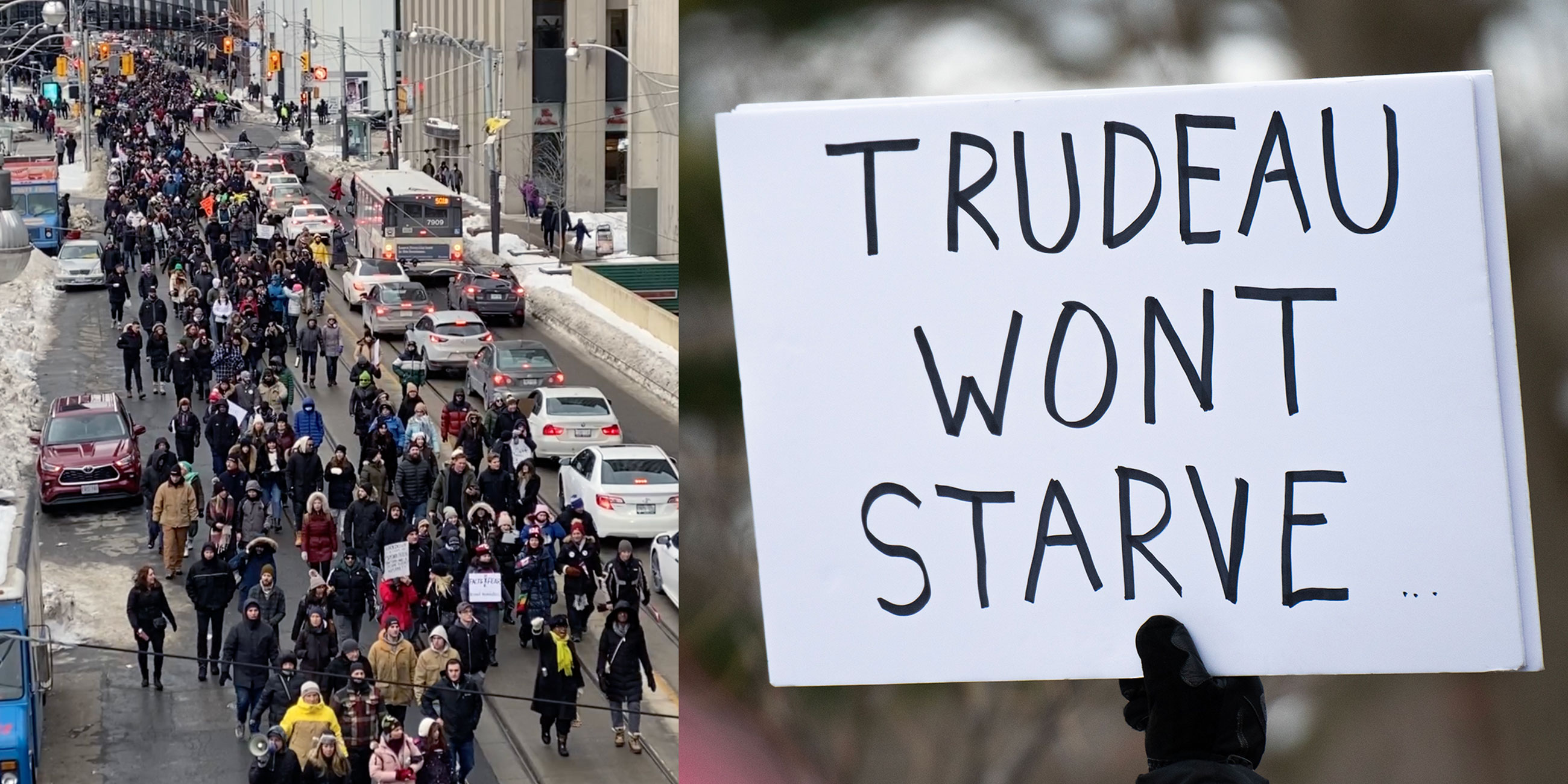 While protests against the restrictions occur weekly, the day’s event was part of the global "World Wide Rally for Freedom" and drew at least 3000 people.

While protestors were out in opposition of several aspects of the ongoing pandemic including vaccine mandates, lockdowns, and school closures, criticism of Justin Trudeau was a prominent focal point for many.

Many people had anti-Trudeau flags and signs which called out the Prime Minister for rising inflation and the new vaccine mandate for truckers which, they said, is starving Canadians. Others slammed him for his hypocrisy and the way he is dividing Canadians.

People’s Party of Canada leader Maxime Bernier was in attendance, and began his speech by saying "I believe it is time to fact check what these authoritarian politicians told us 20 months ago," and then proceeded to give a thorough of stats and promises that ended up not being true as the goalposts are continually moved.

"They lied to us! They said only two weeks to flatten the curve! That was a lie," Bernier continued. "They told us that masks, lockdowns, curfews, stay-at-home orders, that would be temporary until we have a vaccine. That was another lie!"

Bernier concluded his speech by highlighting how England is dropping COVID restrictions, and said it is coming for Canada. "Truth will always win!" he said, before leading the crowd in a round of chanting "FREEDOM!"

Former Conservative Party member and current leader of the Ontario Party Derek Sloan was also present. "We can all see our breath today. Isn’t that a beautiful thing? We can all see the breath of life coming out of our mouth without anything to choke it off," he said. "It’s a symbol of what we’ve lost, and what we must now fight to regain."

Ontario MPP Randy Hillier said that people often hear about how Canadians are described as "nice, polite, and often saying sorry even when there's nothing to be sorry about."

"I'm not opposed to anybody being nice," Hillier said. "I'm not opposed to anybody being polite or apologetic. But if that's our only defining characteristic, then let's not be surprised that we are easily bossed around, easily bullied, and we think that we are unable to fight back," he said, then saying that it doesn't describe the crowd present.

Following the round of speeches, the crowd made its way through the downtown core chanting. Many passerby on the streets expressed support for the group, with a smaller number of critics than in the past. One construction worker enthusiastically cheered for all of the anti-Trudeau signs. "Yeah! No more Trudeau!" he said, pumping his fist.

The event concluded without incident.