Local police are currently investigating the incident as a carjacking and kidnapping. 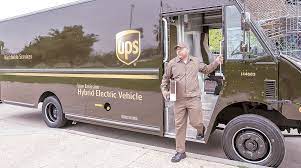 A UPS driver who was kidnapped at gunpoint has been found with his arms bound in a tractor-trailer in Atlanta, Georgia, according to WSBTV.

Local police are currently investigating the incident as a carjacking and kidnapping.

A suspect approached the driver of a vehicle on Tuesday at around 3:30 PM, according to police.

Once the suspect got inside the truck, he then forced the driver to take him to a quiet area.

Following this, the suspect, alongside a group of other perpetrators, bound the driver and stole the UPS packages.

Following all this, the suspect and his group fled the scene of the incident.

Fortunately, UPS was able to find the truck after it was reported overdue. Police tracked the truck to the location and found the man unharmed.

The police have yet to provide any further details or information about the possible suspects in this case.