The vote was unanimous and its supporters cited being "equitable" and the need for "inclusion" as the reasons why the measure passed. 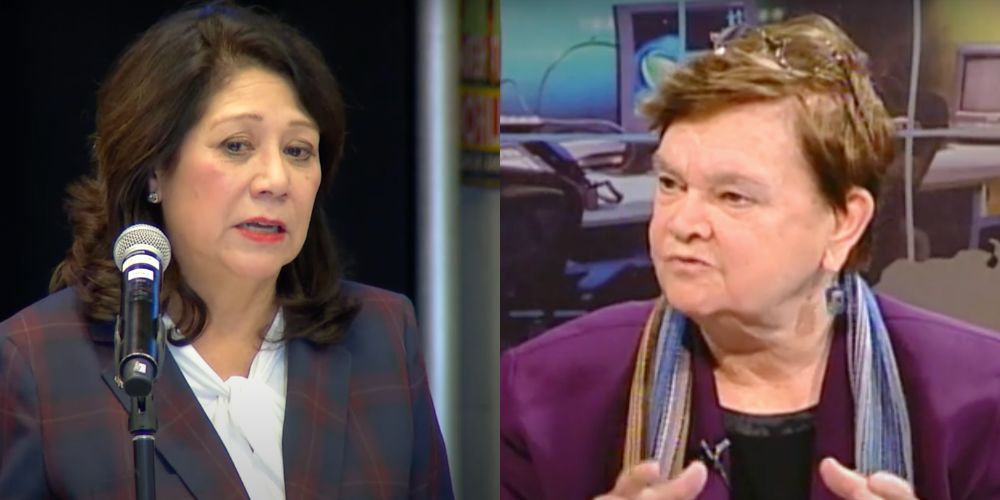 The Los Angeles County Board of Supervisors decided last week to nix US citizenship as a requirement for government jobs within the county. The vote was unanimous and its supporters cited being "equitable" and the need for "inclusion" as the reasons why the measure passed.

Fox News reports that the board barred any discussion on the bill, which was authored by Chair Hilda L. Solis and Sheila Kuehl. The policy does carve out exceptions for state and federal government jobs that require US citizenship as well as peace officer employment, such as applicants to the Los Angeles County Sheriff’s Department.

Los Angeles County Supervisor Sheila Kuehl recently referred to those who object to mask mandates as "snowflake weepies" during a virtual Board of Supervisors meeting with the county's public health director Barbara Ferrer.

Kuehl and Solis previously supported a measure to prohibit any official travel to the state of Florida from LA, in the wake of a recent anti-grooming law that is now in effect, that bolsters parents' rights in education.

The Board of Supervisors had prepared for the illegal alien employment move last year when they asked the Office of the County Counsel and the Department of Human Resources whether it was legal or not to remove the requisite for citizenship to work for the government.

The report the board received said it was legal so long as the job in question didn't explicitly say citizenship was required by state or federal law.

The Los Angeles Daily News reported that equity was a major concern for the bill's backers, as the adopted motion reads that it "ensures that applicants for employment are fairly and equitably considered, without regard to national origin, citizenship or other non-merit factors that are not substantially related to successful performance of the duties of the position."

According to local news, Chair Hilda Solis stressed "inclusion" as a reason for the move. In a statement she said, "Los Angeles County is a community of immigrants from each corner of the world. And while our County-government workforce reflects the community it represents, there is room for improvement. This motion seeks to make clear that the County, as one of the largest employers in the region, strives to be an inclusive and diverse workforce, and is committed to not excluding nor allowing citizenship to be a barrier to employment."

Los Angeles County Public Defender Ricardo García echoed Solis' thoughts and said, "Barriers to employment based on cultural, racial, ethnic, or religious characteristics are contrary to our core values. Citizenship overlaps these demographic characteristics. An immigrant’s experience will advance our vision, mission, and values to protect our clients’ legal and human rights and enable us to more readily realize my goal that our employees fully represent the demographics of the population that we serve."