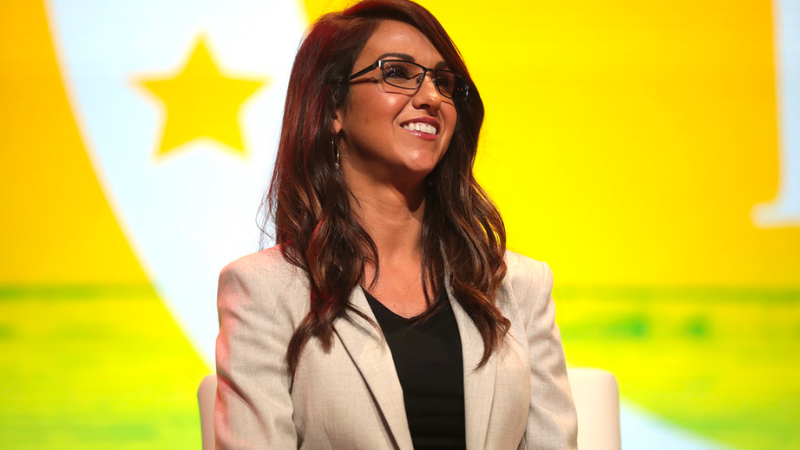 Jumping on their newest bully tactic of frantically accusing anyone who criticizes progressive LGBTQ policies of causing violence to LGBTQ people, LGBTQ Nation decided to escalate the rhetoric to a whole new level.

With only a few days passing since the Colorado Club Q shooting, which still has no released motive, though the suspect is reportedly non-binary, the LGBTQ news site declared in a headline, 12 times that Colorado Rep. Lauren Boebert stoked anti-LGBTQ violence that led to a mass shooting.

Essentially, Boebert is accused of supporting a laundry list of mainstream conservative positions, ranging from opposing transgender medical transition in minors and children to speaking out against teenage girls being pushed out of girls' sports, to advocating against adult-themed sexuality and gender ideology being promoted in children's media.

She has criticized policies advocated for by Assistant Secretary for Health, Biden's trans diversity hire Adm. Rachel Levine. Boebert asked about a new TSA policy saying, "By decreasing pat-downs & identity validation measures for transgenders, the TSA is practically inviting terrorists to take advantage of our weak & woke security systems," LGBTQ activists have declared any questioning of their agenda is now dangerous.

LGBTQ activists have resorted to accusing proponents of parental rights legislation, efforts to prevent children from being exposed to sexually-explicit drag shows, opposing pornographic materials in schools and exposing teachers and other professionals in charge of children who boast online of imposing sexual and gender ideology onto kids without parental consent of attacking all LGBTQ people.

Imran Ahmed, CEO of the Center for Countering Digital Hate argued, "We're in the middle of a growing wave of hate and demonization targeting LGBTQ+ people," continuing, "Online hate and lies reflect and reinforce offline violence and hate. The normalization of anti-LGBTQ+ narratives in digital spaces puts LGBTQ+ people in danger."

California state Senator Scott Wiener, who pushed through policies to allow biological males who identify as trans to be housed in women's prisons, declared, "The word "groomer" is categorically an anti-LGBTQ hate word. It's super homophobic/transphobic. It plays into the slander that LGBTQ people are pedophiles. It's no different than calling someone a fagg*t. If you call someone groomer, you're inciting violence against LGBTQ people."

Despite these hysterical warnings of threats against LGBTQ people, there has been no reported evidence to support this assertion. Per FBI analysis, hate crime reporting has remained steady over the last decade and only 0.01 percent of LGBTQ Americans report hate crimes annually. Consistent reviews of murders of transgender people continue to reflect an astonishingly low bias crime rate, with less than 10 incidents in the last decade reasonably categorized as "hate" motivated. The Pulse nightclub mass shooting was not, in any way, motivated by anti-LGBTQ hate and was instead found to be Islamic terrorism.

This targeting of Boebert is particularly egregious considering her immediate response was to send condolences to the victim's families. She tweeted, "The news out of Colorado Springs is absolutely awful. This morning the victims & their families are in my prayers. This lawless violence needs to end and end quickly."

The left's instinct to immediately attack and accuse political opponents of "hate" and malicious motivation after any tragedy has become sadly predictable. Ironically, the left's new favorite accusatory term, "Stochastic terrorism," newly defined by Dictionary.com as, "the public demonization of a person or group resulting in the incitement of a violent act, which is statistically probable but whose specifics cannot be predicted," appears to be their new normal.