Liberals control culture, government, and institutions across the US. Yet want praise for their efforts, not critique, and they have the media tools to suppress those who speak truth to their power. 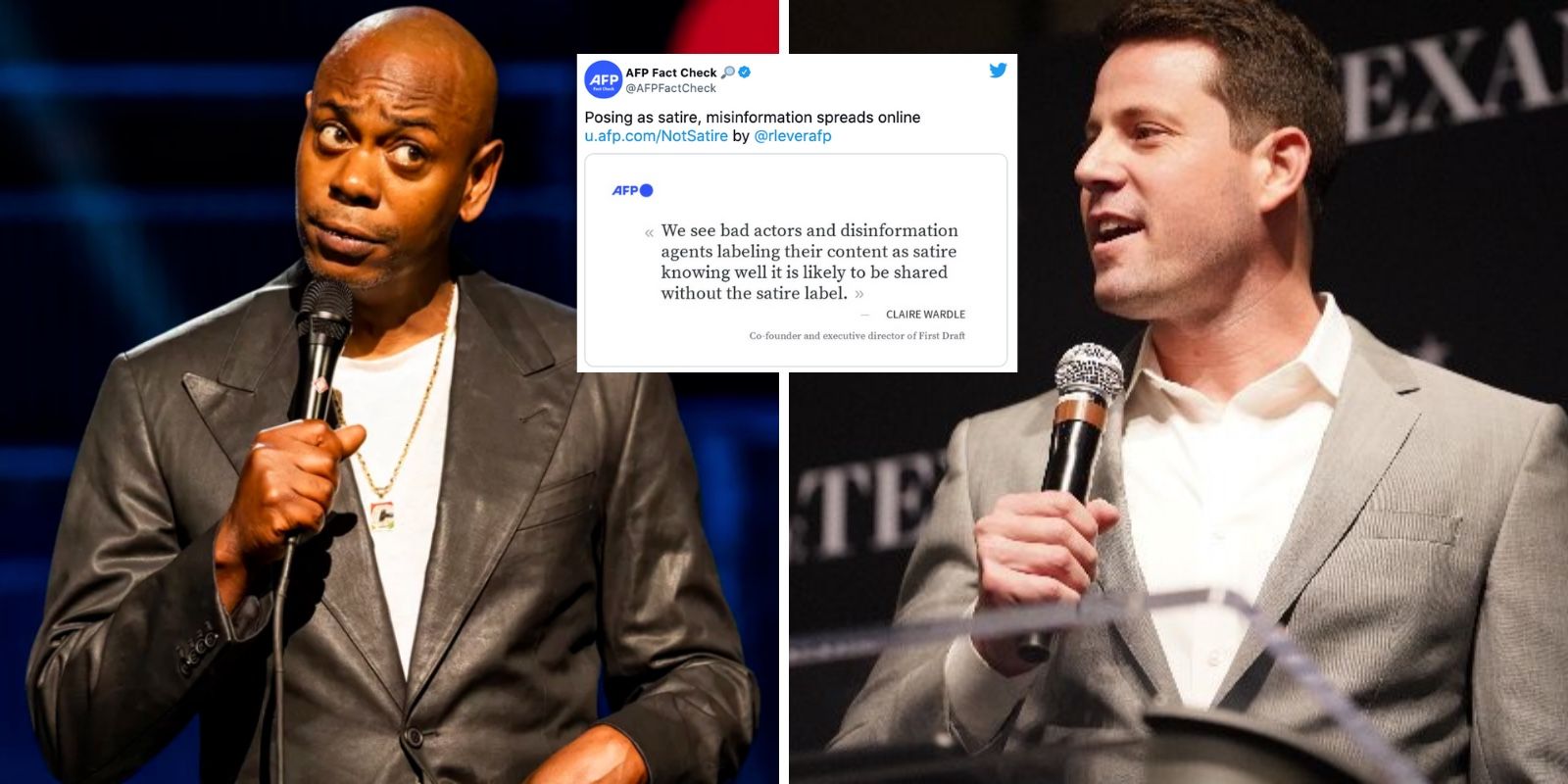 Fact checkers have been taking aim at satire, and according to a global fact-checking group, they're doing so with good reason.

Throughout the left-wing media verse, publications that are used to seeing only liberal humor aimed at conservatives are frustrated by jokes that show the hypocrisy, humor, and absurdity of leftist positions.

Liberals control culture, the US government, and the institutions across America. Yet want praise for their efforts, not comic critique, and they have the media tools to suppress those who speak truth to their power.

An article from global fact-checkers AFP declared that misinformation spreads online by posing as satire. In their exploration of the problem of satire, AFP unintentionally has created satire itself, of itself, and of fact-checkers everywhere.

AFP cites The Onion and The Beaverton as publications that most people know are satirical, and are not fooled by, but they claim that The Babylon Bee, a more recent addition to the landscape of satirical and humour websites, has veered too close to the truth for readers to always be able to make that differentiation.

They note that stories about how actor Tom Hanks was executed by the US armed forces, or about how Big Tech mogul Bill Gates had been arrested under suspicion of child trafficking, or that the Pope told Catholics that they'd need a vaxx pass to get into heaven "are bogus allegations originated from articles on websites that contain disclaimers that they are satirical."

In defense of their supposition that satire is simply part of the "misinformation" problem, AFP quotes an Ohio State professor of communications who claims that "If you're not familiar with the news, you see a headline and it sounds like so many other headlines. And the kinds of claims that would have seemed outlandish just a decade ago are becoming more common."

This, of course, doesn't mean that comedy is misinformation; it means the world has gone insane, and much of her citizenry along with it.

It's not just the fact-checkers, however, that are getting on board with the idea that there's something dangerous about comedy that must be stopped.

The Atlantic slammed The Babylon Bee for not being Christian enough in their takedowns of shallow aspects of contemporary culture and politics.

In Emma Green's interview with The Babylon Bee's editor-in-chief Kyle Mann, she forced him to explain a joke that was fact-checked. The joke was that after General Soleimani died, Democrats called for flags to be flown at half-mast.

"What makes this funny?" Green asked.

"It's funny because General Soleimani died and then they called for flags to be flown at half-mast. Get it?" Mann replied.

"But that's what I'm saying," Green asked. "Besides just saying the joke again, what makes it funny?"

"Do you want me to explain the joke to you?" Mann asks.

"Because the joke is that General Soleimani died and Democrats were sad. If you don't know why that's funny, then you're not the audience for the joke. The funniest part is that it got fact-checked because it was so believable that Democrats would do that. That's a real honor."

Green demanded that a joke be explained to her. The fact that Green didn't think it was funny is kind of funny itself, and the fact that she simply didn't get it, or understand that to conservatives it looks clearly that Democrats are not only on board with but driving America's global decline, is downright hysterical.

NPR ran an article about the latest comedy special from Dave Chappelle on Netflix. They claimed that his special, "The Closer," which was hilarious by the way, was bigoted. The show "uses comedy to veil bigotry," they wrote, going on to say that "Chappelle is using white privilege to excuse his own homophobia and transphobia."

How long before NPR and The Atlantic join with AFP in saying that comedy is simply too dangerous to go unchecked? Once comedy and satire are wrangled and put through the unfunny machine, made to only reflect leftwing political and cultural views and not critique them, what will come under attack next? Hyperbole? Will it become misinformative to exaggerate? To speak in metaphor?

There can be no further capitulation on free speech, and we have to take back what's already been stolen. If you don't think something is funny, it's enough to simply not laugh. There's no reason to wield powerful tools to suppress it, discredit it, or label it as something too dangerous to be available to the public.

It's only because the left is trying to protect its power that they are doing this. As soon as they are not the party in power they, too, will use comedy to lambast the powerful, and it is only right and just that they should.