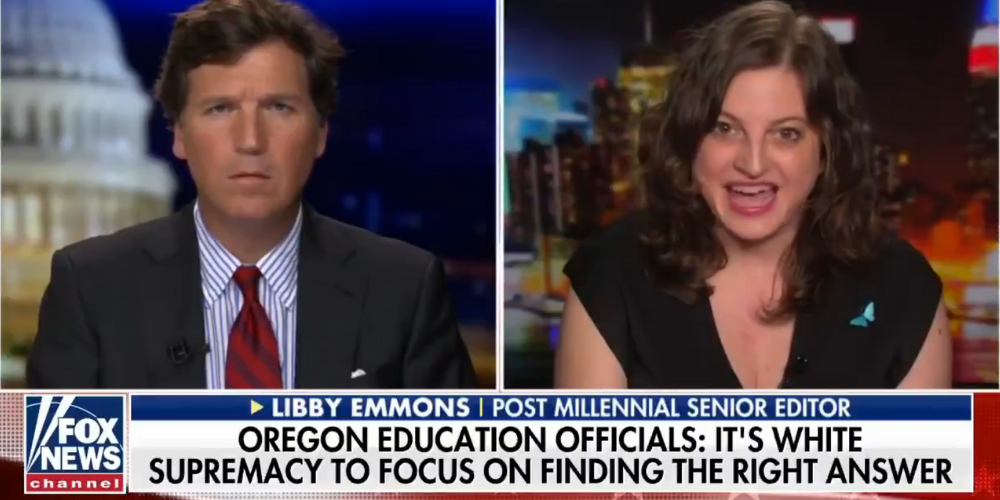 The Oregon Department of Education is encouraging teachers to seek the training, which reportedly argues that mathematical problem solving and the practice of searching for the correct answer is linked to White supremacy.

"How could math be racist, since it's purely objective," Carlson asked Emmons.

"Objectivity is now considered racist," Emmons explained. "There are several additional problems with this entire program, the first one is the idea that teachers are perpetuating racism in the classroom because they are racist, they are blind to their own biases and they don't have any control over whether or not their bring that racism with them."

"The other one is this idea that math is a 'White discipline'  which even a modicum of research would tell you is monumentally absurd," she continued.

"And the third is this concept of this soft bigotry of lowered expectations that tells people that students of color can't achieve to the given standard and so those standards need to be changed."

Emmons says that children know when they are being pandered and lied to by teachers.

"Kids thrive when they are held to account. Any parent can tell you this," Emmons said. "They need that, they need to be able to take care of themselves and to live up to standards."

Emmons explained that there is no reason to accept the "terms of leftist indoctrination."

"There's no reason for us to do this, they're not real."