If the new polling results were translated into seats, we would see a Conservative minority government. 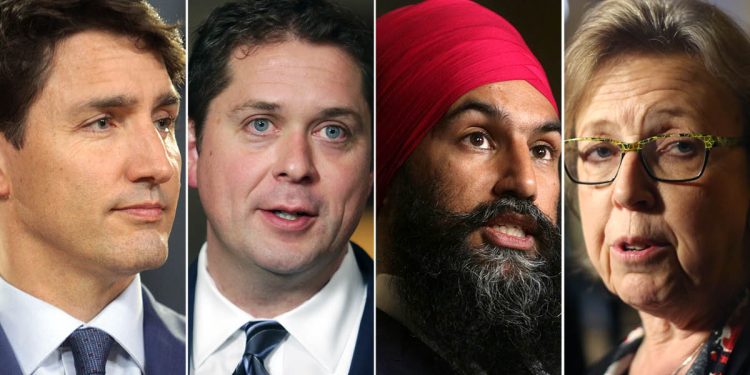 A recent poll released by Forum Research shows the Conservatives have achieved a substantial lead over the Liberals following the nation’s only English debate to feature all major party leaders.

Overall, the Tories gained four points while the Liberals lost a staggering six. Both the NDP and the BQ gained one point too, while the PPC lost one.

If the new polling results were translated into seats, we would see a Conservative minority government.

The Conservatives would hold 152 seats, the Liberals 117, while the NDP would rise to 29, and the Greens 4. The Bloc would go from roughly 10 seats to 36 seats in Quebec.

Meanwhile, the poll for who would make the best Prime Minister for Canada saw a similar trend for the Liberals.

While Scheer’s rating did not change, the drop in Trudeau’s rating was enough to give him the top spot.

While gains in the polls were more spread out, all of Trudeau’s losses here appear to have gone towards Jagmeet Singh. Singh is now just six percentage points behind Trudeau, who is second.

The last two polls appear to coincide with other data on who respondents believe won the debate.

Scheer (23 percent) and Singh (21 percent) are virtually tied for the top spot, followed by Trudeau (15 percent), Blanchet (7 percent) and May (5 percent).