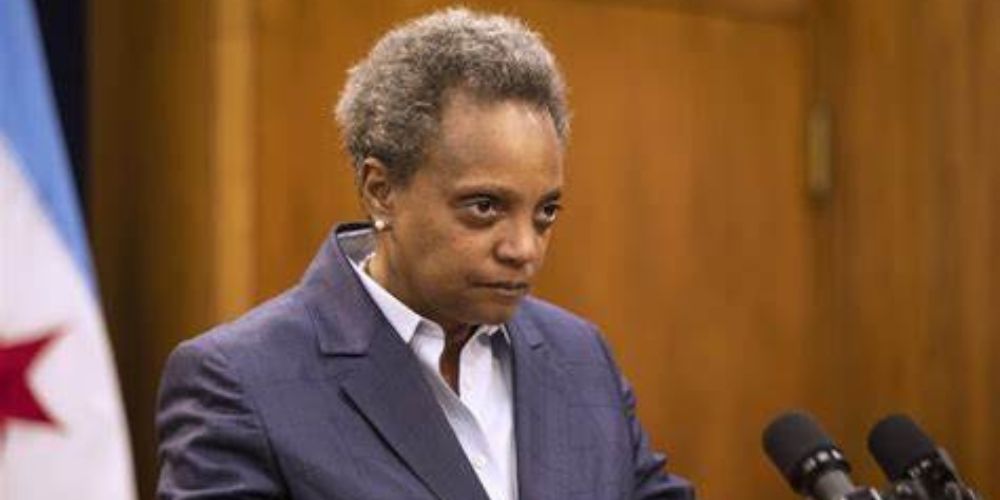 Ari Hoffman Seattle WA
Nov 22, 2022 minute read
ADVERTISEMENT
ADVERTISEMENT
Chicago Democrat Mayor Lori Lightfoot was slammed on social media for a tone-deaf tweet that condemned the murders Sunday morning at a nightclub in Colorado Springs but failed repeatedly to do anything about the ongoing shootings in her own city.

Anderson Lee Aldrich has been identified as the suspect in the shooting that killed five at a Colorado Springs gay nightclub. The 22-year-old was also arrested in 2021 on suspicion of making bomb threats. He is now in custody after he wounded at least 17 additional club-goers.

According to Chicago police, there were at least twenty victims, including a 15-year-old girl from over a dozen shootings across the city so far just this weekend. Last weekend, there were 26 shooting incidents, which included 28 victims and six murders, according to police.

Since Lightfoot took office in 2019, crime has run rampant in the Windy City.

The Democratic mayor has even been alleged to have stripped journalists of their press credentials for asking about the crime wave under her tenure.

Social media pundits across the political spectrum slammed the progressive politician for her tone-deaf tweet.

Lightfoot has been a supporter of the “defund the police” movement and yet is protected by police 24 hours a day.

Last week, Lightfoot was called out yet again on social media, this time for her security parking in a bike lane while she picked up doughnuts at a store.

In 2020, the Chicago Tribune reported that the city had dismissed the majority of tickets issued to Lightfoot’s security detail by red-light and speed cameras, including some that were recorded at times when the mayor was scheduled to be attending non-city events.