Lt. Gov of Virginia Winsome Sears challenges Joy Reid to have her on MSNBC if she's 'woman enough'

"I wish Joy Reid would invite me on her show," Sears said. "Let's see if she's woman enough to do that, I'd go in a heartbeat. And we'd have a real discussion without Joy speaking about me behind my back." 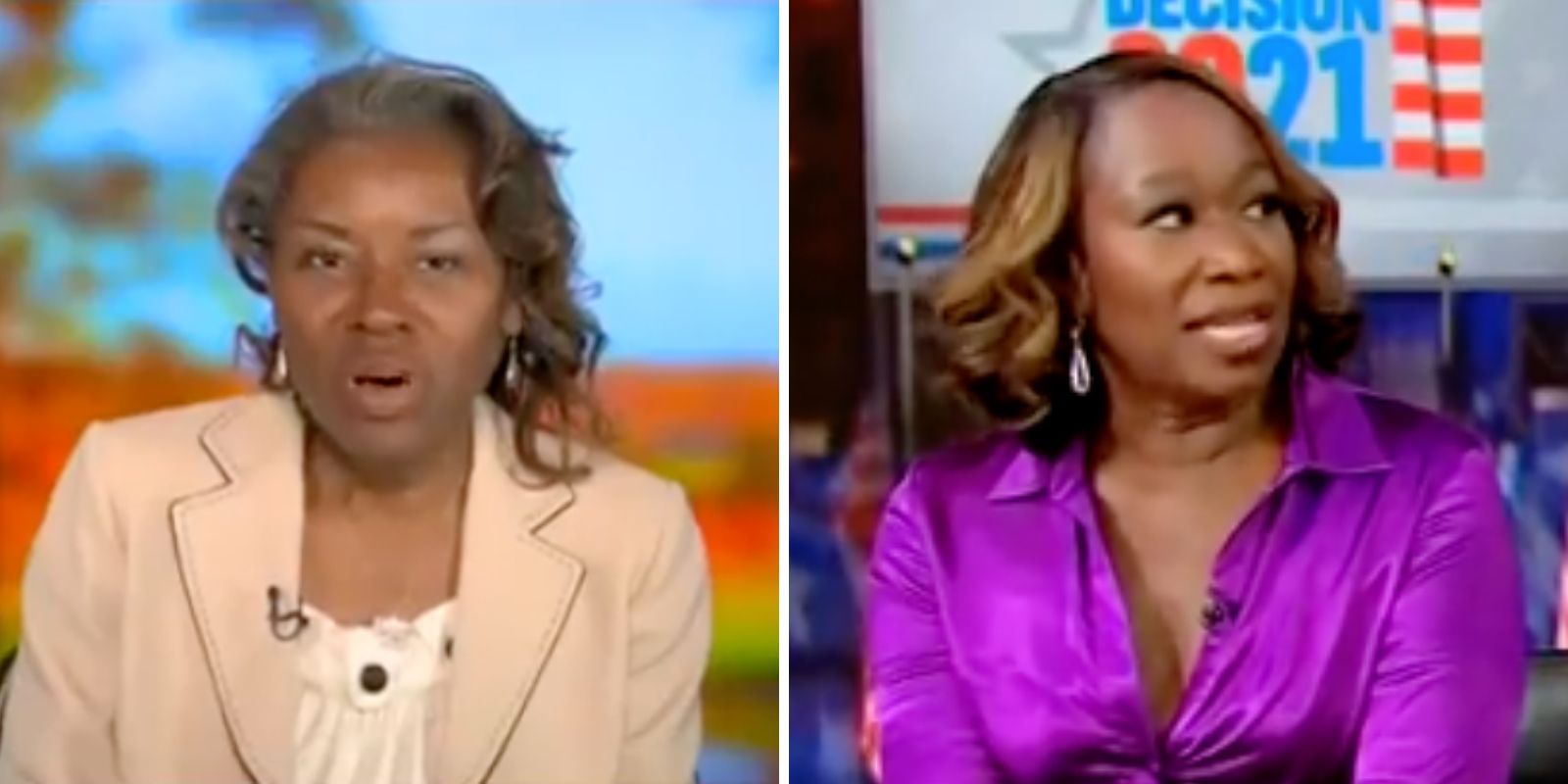 After winning the lieutenant governorship of Virginia, Winsome Sears challenged Joy Reid, a pundit who has claimed that Democratic losses are essentially the result of white supremacy. Sears is the first black woman to take the lt. governorship, and is a Republican.

Reid spoke in opposition to Republicans on her MSNBC show "The Reid Out" on many occasions, and on Tuesday night, as the wins came in for the GOP, she said "You have to be willing to vocalize that these Republicans are dangerous. That this isn't a party that's just another party that disagrees with us on tax policy. That at this point: they're dangerous. They're dangerous to our national security. Because stoking that kind of soft white nationalism eventually leads to the hardcore stuff."

Sears was asked by Fox News for her reaction to that. "I wish Joy Reid would invite me on her show," Sears said. "Let's see if she's woman enough to do that, I'd go in a heartbeat. And we'd have a real discussion without Joy speaking about me behind my back, if you will."

"She talks about white supremacy. Does she know that I ran against a white supremacist? I mean Joy, come on, get your facts straight, and then come talk to me."

Sears spoke about race, saying "It just continues to divide us. And unfortunately, politicians are using it as a tool, because of the things that have happened to us historically, to advance, I would think, their nefarious purposes. And so if we stop just looking at race and just looking at people—because you see, I'm destroying all the narratives about race."

"Look at me, look at me, I am a heartbeat away from the governorship in case anything happens to the governor," Sears said, "and and how are you going to tell me that I'm a victim. And I didn't do anything special to get here. Except stay in school and study, I took advantage of the opportunities that are available here in America. I wasn't born here. This is not my culture, not my country. But it allowed me America allowed me to come and do for myself and for my family.

"And I remember when I was wanting to go to college, I had three children under five, my husband took a lower paying job so he could stay home because he already had his degree. And I put one of my children on the back of a bicycle, so that I could get to college. So nobody can say to me, I don't know what it is to be poor. You're looking at the American dream. So we can do better.

"And it's not 1963 when my father came at the height of the Civil Rights Movement, 17 days before Martin Luther King Jr. gave his I Have a Dream speech. We're better than that. We're always gonna have problems. I understand that. I'm not saying we're perfect. But you can see those people at the border right now. Trying to get in, they're dying to get in because they know if they can put a foot on American soil, the trajectory of their lives will change just as it did for my father," Sears said.

Joy Reid also claimed on Tuesday that the only reason education was a leading issue for Virginians as they headed to the polls was white supremacy. Speaking to her MSNBC colleagues, she derided voters for caring more about education than the coronavirus.

Education, Reid said, "is code for white parents don't like the idea of teaching about race." She said that race is the "most powerful tool" in the GOP tool kit.

Despite the wins for conservative women and moderates, Reid said that it's progressives like Missouri Rep. Cori Bush to whom Democrats should look for wins in the future.

Reid has been challenged to debates before, notably by Christopher Rufo, who has been exposing the dogma of critical race theory as it has infiltrated American corporations, institutions, and government, as well as academia. During that debate, Reid barely let Rufo speak, and refused to engage openly with his ideas or the evidence backing them up.