One of the men who survived being shot by Kyle Rittenhouse has filed to change his legal name because he says he continues to face harassment over the case. 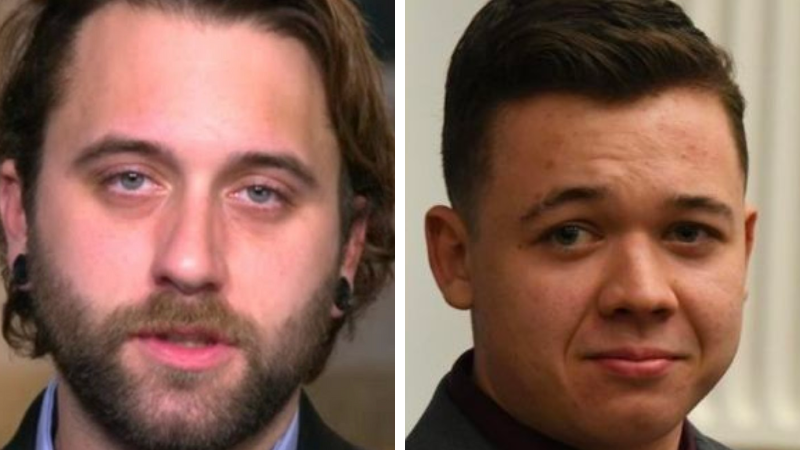 Roberto Wakerell-Cruz Montreal QC
Oct 5, 2022 minute read
ADVERTISEMENT
ADVERTISEMENT
One of the men who survived being shot by Kyle Rittenhouse has filed to change his legal name because he says he continues to face harassment over the case.

Gaige Grosskreutz, who testified that he was shot by Rittenhouse after pulling out his gun, called for an investigation by the Milwaukee County Clerk of Circuit Court "on how the sealed petition was leaked to a conservative news outlet this week," according to Madison.com.

The sealed petition was apparently led to the Kenosha County Eye, which went on to publish the story.

Grosskreutz, 29, released a statement after the petition was revealed to the public. Grosskreutz said “the real story here isn’t that I am seeking to change my name, but that a process that is supposed to protect and shield those in danger was undermined and sealed information was released to the right-wing media within hours of my filing,” the statement said.

Grosskreutz told CNN in 2020 that he and his family were being harassed by Rittenhouse's supporters. The County Eye's editor, Kevin Mathewson, is a former Kenosha City Council member who organized a Facebook event to recruit people to defend the city during the Jacob Blake riots.

Grosskretuz's attorney has requested records of those who have access to the petition. Grosskreutz did not respond to request for comment from Insider.

Rittenhouse shot Grosskreutz during a riot in Kenosha in August 2020 after Grosskreutz advanced on him with a gun. He was one of three men who Rittenhouse shot that night, though the other two died from their injuries. Rittenhouse was exonerated of all charges and determined to have acted in self-defense. Grosskreautz testified against Rittenhouse at trial, but evidence showed that he had his gun drawn at the time he was shot.