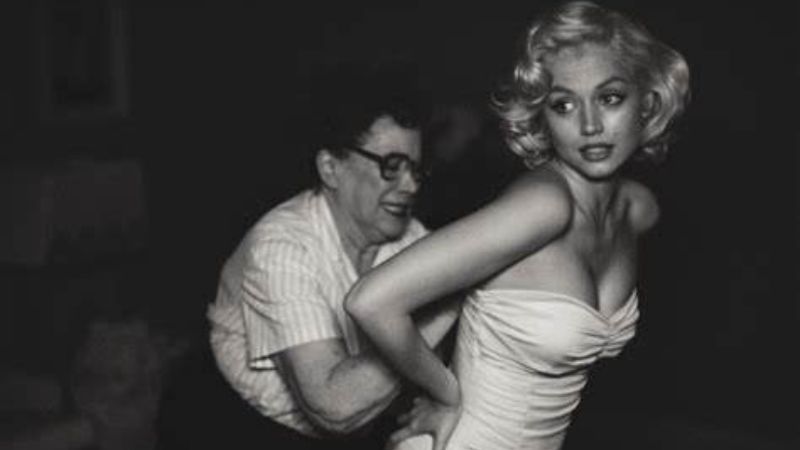 The film, directed by Andrew Dominik, is an adaptation of the 2000 book written by Joyce Carol Oates.

In the movie, there is a scene where Monroe speaks to the unborn baby in her womb. "You won’t hurt me this time, will you? Not do what you did last time," Monroe's baby says, in reference to a previous abortion she had.

"I didn't mean to," Monroe responds.

"Yes, you meant to," her baby argues. "It was your decision."

According to Spruch, "Planned Parenthood respects artistic license and freedom. However, false images only serve to reinforce misinformation and perpetuate stigma around sexual and reproductive health care."

"Every pregnancy outcome — especially abortion — should be portrayed sensitively, authentically and accurately in the media. We still have much work to do to ensure that everyone who has an abortion can see themselves onscreen. It is a shame that the creators of Blonde chose to contribute to anti-abortion propaganda and stigmatize people’s health care decisions instead," the pro-abortion advocate said.

Planned Parenthood's dedication to authenticity involved recently changing their website to better conform to a false claim by Stacey Abrams that fetal heartbeats at six weeks are 'manufactured sound.'

During a Thursday House Oversight Committee hearing on abortion, Planned Parenthood’s Medical Director for Primary and Trans Care testified that men can get pregnant.

For Spruch, representation matters so long as the message confirms to the pro-abortion enthusiasts at Planned Parenthood.

"We still have much work to do to ensure that everyone who has an abortion can see themselves onscreen. It is a shame that the creators of Blonde chose to contribute to anti-abortion propaganda and stigmatize people’s health care decisions instead," she added.
ADVERTISEMENT
ADVERTISEMENT
Blonde