On Friday, the judge presiding over the case said that Scheller would have faced forfeiture of two months of pay, if it weren’t for the nine days the Marine spent in pre-trial confinement. 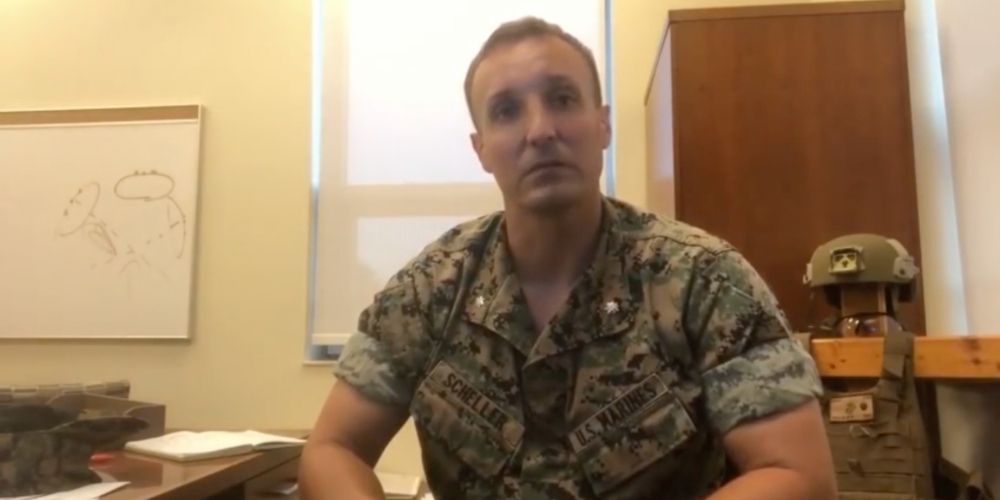 Lt. Col. Stuart Scheller Jr, the Marine who posted a video to social media slamming the Biden administration and US military leadership for their handling of the botched Afghanistan withdrawal, was issued a letter of reprimand and a forfeiture of $5,000 of pay for one month following his pleading guilty to all charges during his court-martial hearing this week. Scheller pleaded guilty to all misdemeanor counts on Thursday, according to Fox News.

Those charges include "violating Uniform Code of Military Justice Article 88 by displaying contempt toward officials, Article 89 by disrespecting superior commissioned officers, Article 90 by willfully disobeying a superior commissioned officer, Article 92 by dereliction in the performance of his duties and failure to obey an order or regulation, and Article 133 by displaying conduct unbecoming an officer and a gentleman," according to Stars and Stripes.

On Friday, the judge presiding over the case said that Scheller would have faced forfeiture of two months of pay, if it weren't for the nine days the Marine spent in pre-trial confinement.

Scheller was released from the brig last week, where he was being held for violating a gag order placed on him following the publishing of his video, in which the Marine was not supposed to post on social media.

"The judge said he does not condone Scheller's offenses, but noted his 17 year USMC career, saying that prior to his social media incident, he was an officer with an outstanding record – a record, he said, he weighed heavily," Fox News wrote.

Scheller's plea comes after he was relieved of his command position at a Camp Lejeune infantry training battalion, following a video he posted in August in the wake of the suicide bombing at Hamid Karzai International Airport in Kabul which took the lives of 13 US service members.

"Did anyone raise their hand and say, 'We completely messed this up?'" Scheller said in the video. "I'm not saying we can take back what has been done. All I asked for was accountability, for people to comment on what I said and to say, 'Yes. Mistakes were made.' And had they done that I would've gone back into rank and file, submitted, and accomplished what I wanted."

Scheller was placed in the brig at Camp Lejeune in late September after he violated a gag order placed on him following the video, which stated that Scheller was not to post on social media.