Member of 'green goblin' girl gang that terrorized subway riders turns herself in to NYPD, released without bail

Mariam Issouf’s lawyer, John Russo, did not dispute that his client had been present at the time of the incident, but argued that instead of participating in the beatings, she tried to assist the victims. 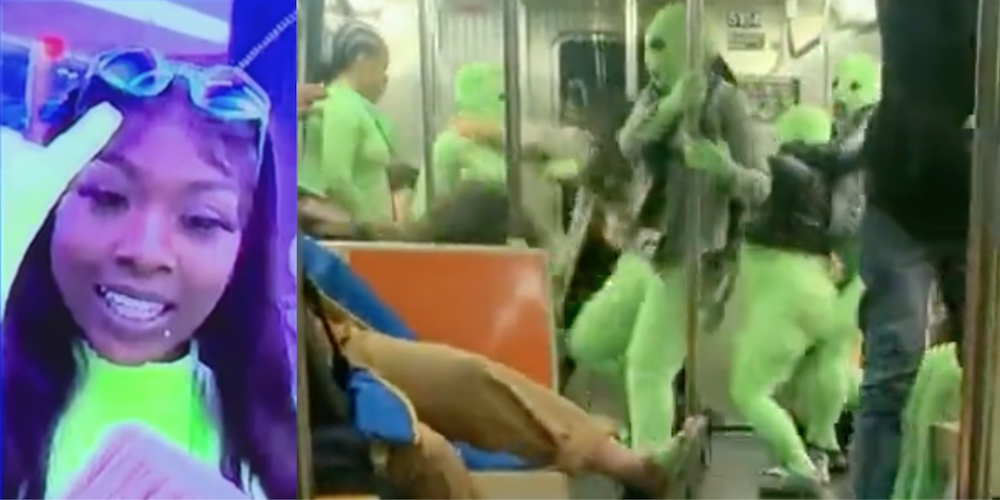 Last week, four members of what has been dubbed the "green goblin" gang were identified after being caught on camera assaulting passengers on the subway in New York City while wearing tight green bodysuits.

One of the women identified, 26-year-old Mariam Issouf, turned herself in to police on Monday.

According to The Daily Mail, Issouf appeared in Manhattan Criminal Court on Tuesday facing a second-degree robbery charge, but was later released without bail.

Issouf’s lawyer, John Russo, did not dispute that his client had been present at the time of the incident, but argued that instead of participating in the beatings, she tried to assist the victims.

Russo pointed out that in the video, Issouf can be heard saying, “I want no part of this, let’s go.”

While Issouf has no criminal record, the other three women identified all have prior arrests, and remain at large.

All four suspects, including Issouf, are residents of the New York City Housing Authority's Queensboro Houses.

The incident in question took place early in the morning of Sunday October 2. Passengers on a Queens-bound N train witnessed a bizarre situation unfold near Times Square station as a gang of women dressed in neon green bodysuits began attacking fellow riders.

A verbal argument is said to have broken out between the gang and teenage passengers that quickly escalated to a physical attack.

The suspects allegedly punched one of the teenagers, and pushed another into the seats, before stealing their cellphones, credit cards, and wallet.

The mother of one of the victims called the gang’s behavior “absolutely disgusting,” and called on authorities to “make an example of them.”