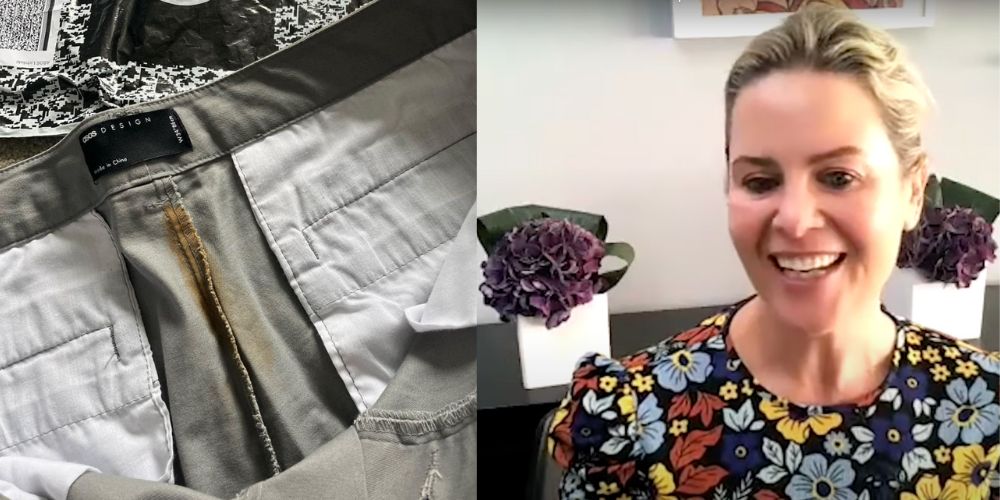 On Wednesday, mother Suzanne Baum took to her Instagram to tell the world that a pair of shorts her son allegedly ordered from woke brand ASOS were far from new, in fact they had a distinct brown stain skidded inside that could only be one thing.

"Holy sh*t!" she wrote, "My 21-year-old just received an order for some shorts. On opening the plastic sealed package we could smell poo & there is the evidence on his order!"

Baum, who identifies on her social media as a "Lifestyle editor & celebrity interviewer" posted a picture of the shorts with the focus clearly drawn on the evidence of excrement to her Instagram.

The shorts were for her 21-year-old son who was not expecting the scatalogical surprise when he opened his order from ASOS. She claims the package, which arrived tightly sealed in plastic, allowed the aromatic qualities of the soiling to marinate. If there was any doubt of the defecation, the pungent odor dispelled any question.

Baum claimed she had tried to reach ASOS for days, but fearing her time was a waste, eventually posted the discharge diatribe on her social media.

"Utterly gobsmacked/retching/in shock!" Baum wrote, "you have no customer service anymore & the virtual online robot is useless - hence the fact I’ve had to try & reach out to someone on here!"

The New York Post reports that ASOS recently commented and said, "We apologize unreservedly for the experience Ms. Baum and her son had when shopping with ASOS. It’s clear this item fell far short of the standard we would expect to deliver. We’re investigating the issue with our warehouse team as a matter of urgency and have issued a full refund alongside an ASOS voucher as a gesture of goodwill."

On its website Asos has an "about" tab that touts it is a brand all about "Fashion democracy" and "Choice for all."

The clothing company veers into woke platitudes with its nods to "Body positivity" and environmental concerns that include "ambitious targets to reduce the impact we have on the plane."