This may have the feels of compassion, but it is a distinct cutting off of human beings from both their past and future. 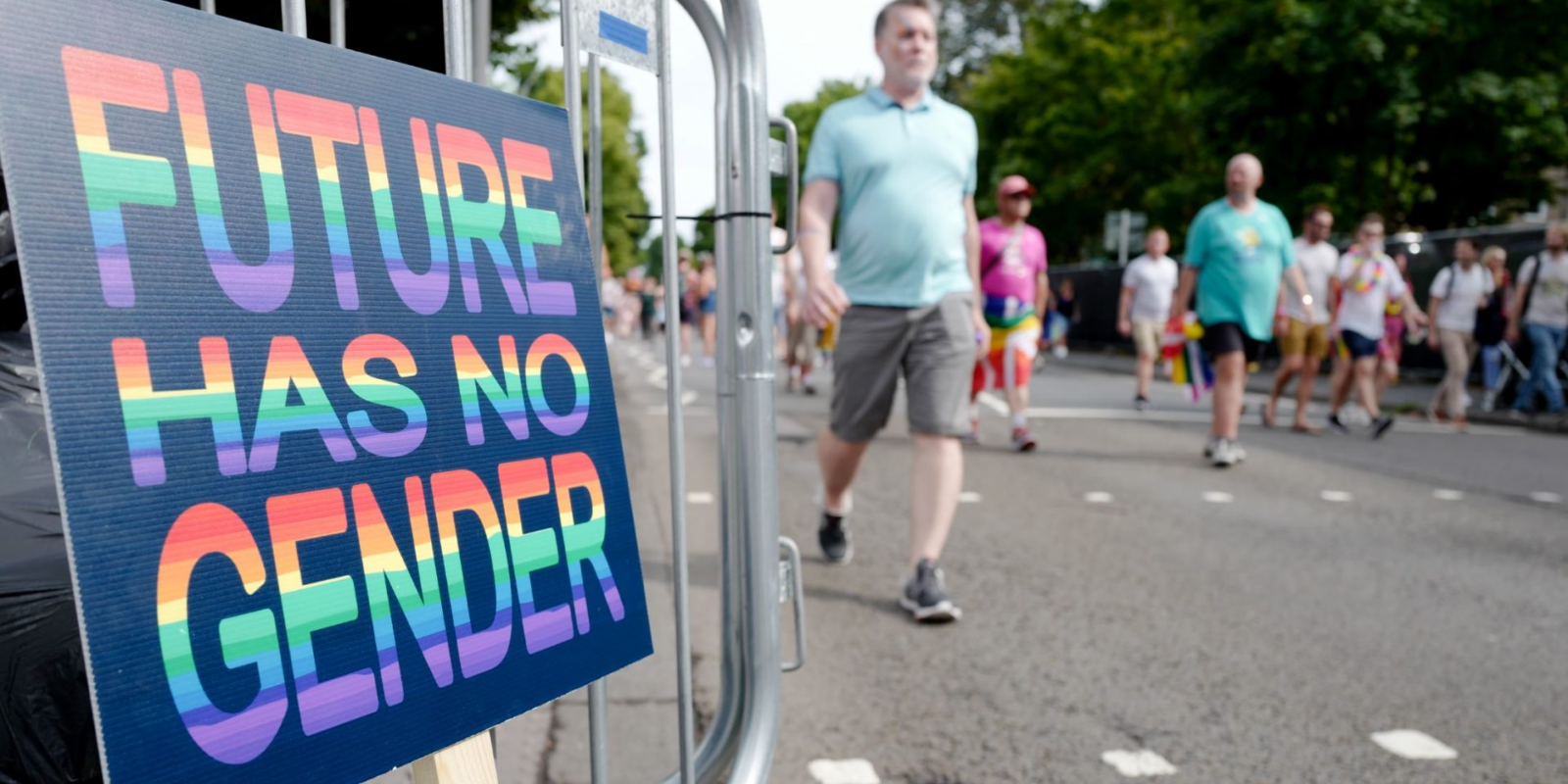 An article in the highly respected New England Journal of Medicine has determined that it's time to "update the practice of designating sex on birth certificates," because of feelings. This article is an attempt to rewrite definitions of biological sex so that those who would make that determination for purposes of sex segregation are unable to do so.

"We believe that it is not time to update the practice of designating sex on birth certificates, given the particularly harmful effects of such designations on intersex and transgender people."

The goal of the New England Journal of Medicine is to do away with the classification of male and female altogether so that government, society, and individuals all believe that sex is thoroughly non-binary and that they can choose it for themselves when they want to. This may have the feels of compassion, but it is a distinct cutting off of human beings from both their past and future.

Their reasoning for why to do this goes further than ameliorating the potential feelings of people who they posit will have an easier life if they are not legally identified as male or female. The authors have thought through the social concerns, and their answer is to do away with sex designations altogether.

"One concern," they write, "might be that without information from birth certificates, enforcing separate men’s and women’s restrooms or locker rooms would be difficult. But fears about privacy and safety violations in public accommodations aren’t supported by evidence." In other words, don't worry about that anyway, folks.

As regards government issued identification, they write that governments should simply not use sex as an identifier: "Governments could also remove gender designations from identification cards altogether and focus more on identifiable physical features and updated photographs." This, they write, would save trans and non-binary people from having to hassle with paperwork. Maybe hair colour could be a more permanent identifier for ID documents?

And what of sex-segregation for other reasons, such as women's sports, or funding opportunities for women, women's crisis shelters? Their answer is simple: change the definition of woman legally, in all cases, across the board, to include those who self-ID as female, not just those who are born female, since being born female would no longer be a thing anyway.

Removing the legal designation of sex "wouldn’t imperil programs that support women or gender minorities, it would simply require that programs define sex in ways that are tailored to their goals," they write. They go on to say that "Even if the government retains a dichotomous sex-classification system, the system would be based on self-identification at an older age, rather than on a medical evaluation at birth."

The authors of the study write that "Sex designations on birth certificates offer no clinical utility; they serve only legal—not medical—goals. Certainly, knowing a patient's sex is useful in many contests, when it is appropriately interpreted."

Despite the obvious clinical benefits to a medical professional knowing a person's sex, for purposes of both diagnosis and treatment of heart attacks, for example, they say that "sex is merely a stand-in for other variables and is not generally ascertained from a birth certificate."

They say that making biological sex an interpretative, statistical characteristic as opposed to one that is legally designated, "wouldn't compromise the birth certificate's public health function. But keeping sex designations" in the realm of the legal and not statistical "causes harm."

They compare the designation of sex to the designation of race, saying that a revision to the standard birth certificate form in 1949 moved race out of the category of legal identifiers, as was parents' marital status, to "permit self-identification and to avoid stigma, respectively." They now believe that sex should not be a legal classification, though it is distinguished from race in nearly every conceivable way, and there is no race that has being that are neither male nor female.

"Designating sex as male or female on birth certificates suggests that sex is simple and binary when, biologically, it is not. Sex is a function of multiple biologic processes with many resultant combinations," the authors write.

Vadim M. Shteyler, M.D., Jessica A. Clarke, J.D., and Eli Y. Adashi, M.D. go on to say that this should be so even though only "About 1 in 5000 people have intersex variations. As many as 1 in 100 people exhibit chimerism, mosaicism, or micromosaicism, conditions in which a person’s cells may contain varying sex chromosomes, often unbeknownst to them."

They say that "there is no universally accepted test for determining sex," which is a surprise to pretty much everyone everywhere who has ever had a child. "Assigning sex at birth also doesn't capture the diversity of people's experiences," they wrote, using terminology that comes directly from the trans advocacy movement and has little basis in reality, as sex is a biologically determined factor and not one created by doctors to oppress little babies.

The authors cite the statistic that six in 1000 people turn out to be transgender, and that it facilitates their ability to make that determination themselves to not have doctors tell them unequivocally what their biological sex is.

Transgender persons aren't their only concern, however, they are also worried that people who do not choose to identify as either male or female will be dismayed to find that they are one biological sex or the other.

"Others are nonbinary," they wrote, "meaning that they don't exclusively identify as a man or a woman, or gender noncomforming, meaning their behavior or appearance doesn't align with social expectations for their assigned sex."

For intersex people, the NEJM is concerned that "public sex designation invites scrutiny, shame, and pressure to undergo unnecessary and unwanted surgical and medical interventions." Instead of advocating for attitudes to change, and for intersex people to not be ashamed of their bodies, they say the infrastructure should change to accommodate societal prejudice.

Compassion is not a good enough reason to divorce humanity from itself. Yet, the New England Journal of Medicine thinks that it is. In conclusion, they write "the medical community has a duty to ensure that policymakers don’t misinterpret the science regarding sex and that medical evaluations aren’t being misused in legal contexts." But this, and their entire reasoning for abandoning biological science, is rooted in complete and total fallacy.

There's nothing wrong with being male and female, there is instead something wrong with attitudes that limit men and women on the basis of stereotypical assumptions about sex. Given that so few people are intersex, trans, or nonbinary, the ask of the NEJM seems far more insidious. They want all people to stop identifying as male and female, they want all people to feel compelled to choose their sex, they want to rewrite human beings to be cut off from their own reproductive potential, thereby wiping out the impetus for the continuation of humanity since the beginning of time.