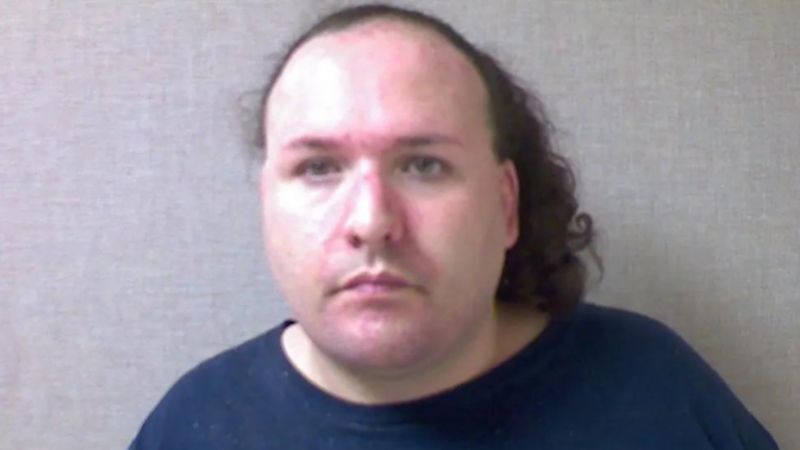 
Laughton has been charged with stalking a woman in violation of a civil restraining order, Hudson police said, but did not provide further details due to the need to protect the anonymity of the victim.

These charges can now be added to Laughton’s extensive criminal history, which includes a 2008 conviction for credit card fraud, and a 2015 incident in which Laughton was charged with calling in a bomb threat to the Southern Medical Center hospital in Nashua. For the latter, the charge was reduced to a misdemeanor after Laughton blamed the call on mental health issues.

Then in 2021, Laughton was charged with sending false texts to the city’s 911 service but denied the charges, claiming to be the target of a malicious prankster, and the issue appears to have been dropped.

While most New Hampshire Democrats looked the other way during this latest criminal escapade, not wanting to draw attention to the behavior of a member of their party while the race for the New Hampshire House was down to just two seats, one House Democrat tweeted in defense of Laughton, suggesting no harm had been done except to his fellow representative’s reputation.

“[For what it’s worth], Rep.Laughton is a lifelong Granite Stater. She's gotten into a lot of trouble over the years & she keeps getting into trouble, but she's basically a good person.  She's not violent or abusive, or harmful to anyone other than herself,” tweeted Democrat Rep. Timothy Horrigan, who chose to use she/her pronouns for a male who was arrested for allegedly stalking a woman.

“She needs some help! I don’t think the person she was stalking would feel the same way. I am thinking that person would definitely think they were harmed. I’m shocked sitting on the judiciary committee you would even say this,” Rice tweeted.

Di Lothrop, co-chair of the Nashua Republican Committee, also condemned the handling of the situation.

“She has a huge problem. She’s been through this before. She’s been in prison. Obviously the lesson wasn’t learned,” Lothrop told the NH Journal. “How can she dedicate her time and energy to the voters who she is supposed to represent? She’s unfit. It’s abominable, and it’s an embarrassment to Nashua to have her go up to Concord and represent.”

Reduxx reported that Laughton was first elected to the New Hampshire legislature in 2012, but withdrew before taking office after the prior conviction for credit card fraud came to light. Despite New Hampshire law forbidding those who are currently serving a sentence to run for office, Laughton attempted to run again in 2014, while still serving the ten-year suspended sentence handed down in 2008.

In 2019, right after being eligible to run again, the people of Nashua chose Laughton as Ward 4 selectman.

According to the New Hampshire Journal, the restraining order that was violated was issued in July, long before the Democratic primaries in September and the recent midterm elections, meaning that party members would have been aware of the situation and could have acted but chose not to. But as Reduxx noted, there was almost no press coverage of the incident earlier this month, meaning that voters were unlikely to have been aware of it when they went to the polls.

The state of New Hampshire has no rules in place for the expulsion of elected officials in the event that a crime is committed.