Newly-elected District Attorney Mike Schmidt, who refuses to prosecute Portland rioters, admits he is "old buddies" with an Antifa militant campaigning to defund the police, abolish prisons, and demand reparations. 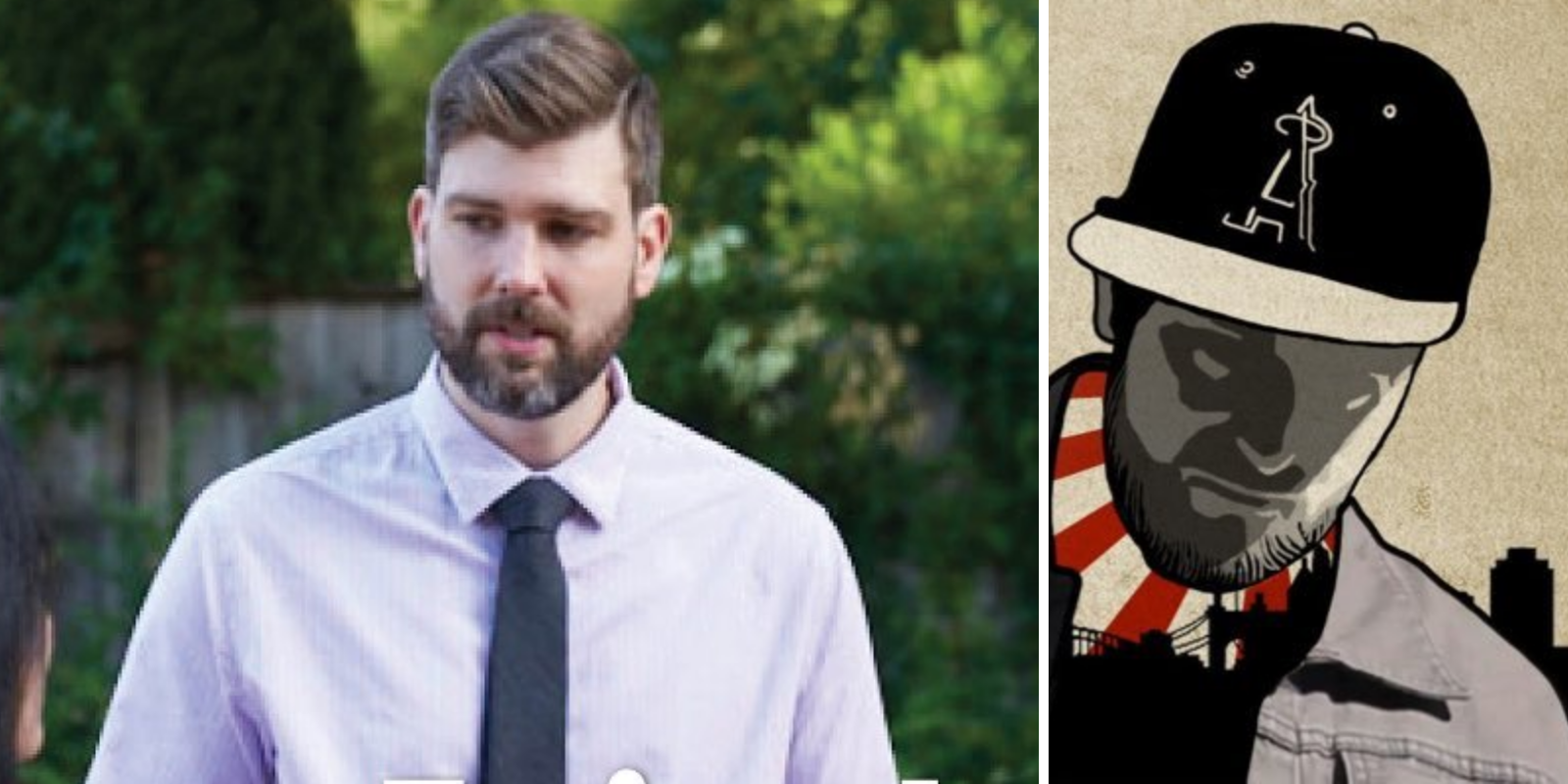 Newly-elected District Attorney Mike Schmidt, who refuses to prosecute Portland rioters, admits he is "old buddies" with an Antifa militant campaigning to defund the police, abolish prisons, and demand reparations.

"Just before I was sworn in as DA, I sat down with an old buddy of mine, @AWKWORDrap, for an interview about my priorities as District Attorney and rethinking what public safety means," Schmidt tweeted.

The hour-long Jul. 21 interview with Schmidt is a first in the series of "social justice leaders" features conducted by a self-described "Anti-Fascist" and "old time buddy" of Schmidt's, social media personality Awkword.

Awkword leads the Ten Demands for Justice movement, "a roadmap for the defunding and then full abolition of police and prisons."

Before Schmidt was sworn in as district attorney for Multnomah County, Oregon, he video chatted with Awkword to discuss his priorities as incoming chief prosecutor.

Their 20-year-long friendship began at Vassar College in New York dominated by "what general society would deem as radicals" who made the duo "look like conservatives."

"As a DA, people probably assume that your mission is to put people in jail," Awkword prefaced. "I know that's not what you do," he added.

Awkword then asked Schmidt how he thinks he was "radicalized" since college.

Schmidt explained that he was left of center at Vassar and grappling between applying to be a public defender or a prosecutor.

When the public defenders wouldn't accept him, former Multnomah County District Attorney Mike Schrunk gave him his first chance to practice criminal law as an intern and as a deputy district attorney.

"There are things you can do to show people mercy at your discretion, and also there's the victim's side," Schmidt said, "...although I think our criminal justice system very much fails victims..."

"The vast majority of perpetrators have been victims themselves," Awkword pivoted, finding his "research" not surprising.

These "victims" seek "reparative justice" by being rewarded with social services opposed to imprisonment, he emphasized.

Schmidt began by claiming that the criminal justice system was built on "white supremacist culture" and serves the needs of certain victims defined by the system.

"The focus is not 'How do we help the victim heal?' The focus is on, as you said, punishment," Schmidt answered.

In 2015, Ore. Gov. Kate Brown appointed Schmidt to be the director of the Criminal Justice Commission, the state's sentencing agency. In this leadership role, Schmidt advocated for ending cash bail and investing in alternative programs to incarceration.

As a "prison and police abolitionist," Awkword stated that these alternatives are an "incremental step" to "utilize prisons less" as leftist activists work to defund law enforcement.

"I definitely see you as an ally in that effort," Awkword told Schmidt.

As a change-from-within official, Schmidt expressed that he ran on "needing to shrink the criminal justice system" as "counterproductive to public safety."

Awkword then called attention to Schmidt's stance on not criminalizing protestors who are "just exercising their First Amendment rights."

Schmidt stated that the violent Portland riots "are nothing like the Armageddon that the Trump Administration is trying to portray our city," calling the Burnside Bridge Die-In on Jun. 2 a "beautiful demonstration."

Leftists activists are protesting for issues that are "completely consistent" with the platform Schmidt ran on, he proudly exclaimed, such as the elimination of mandatory minimum sentencing.

"This dystopian image that is being painted nationally is not at all what it looks like on our streets," Schmidt continued. "We have amazing people out every night talking about the systemic racism in our criminal justice system."

Overnight, Antifa rioters shut down streets and started fires in north Portland, also causing a car accident. Responding officers were attacked with concrete, lasers, paint bombs, and ball bearings from slingshots. Only four were arrested, according to a press release by the Portland Police Bureau.

Phillip Wenzel, a Portland-area paralegal who was filmed attempting to steal a baton from a public safety officer, was of those booked into the Multnomah County Detention Center and released without bail on felony assault charges. Resisting arrest and escape at the Portland riots are among the crimes not prosecuted in Multnomah County under Schmidt.

Trevor Wilder Smith, a 45-year-old Antifa supporter, was charged with attempted assault of a police officer. He was also quickly released without bail. Smith has celebrated on social media Schmidt's new policy to limit criminal charges against protestors.

Awkword voiced that he also stands with the rioters, calling this far-left "revolution" the "biggest  we've had in this country," the longest, and with the most participants, he claimed, ignoring the American Revolution that founded the nation and glorifying the one that's dismantling it.

One-third of stranger murders are committed by cops, Awkword claimed, although this figure is skewed. According to the Federal Bureau of Investigation’s Uniform Crime Reporting data in 2018, the relationship between murder victims and offenders was unknown in 49.5 percent of murder and nonnegligent manslaughter incidents, so "all Americans killed by strangers" is a base with vast uncertainty. And then, "killed by police" would include justified incidents as well as unjustified one.

"These are not great people we want to have military-grade weapons," Awkword concluded.

When Schmidt ran against Assistant U.S. Attorney Ethan Knight in Multnomah County's first contested district attorney race in more than 30 years, it was a referendum on criminal justice reform.

Schmidt beat Knight 75 percent to 25 percent. The shift in status quo led District Attorney Rod Underhill to announce a leave from office six months early. On Aug. 1, Schmidt assumed his post. Then on Aug. 11, Schmidt announced during a Tuesday morning press conference that his office would drop charges against numerous rioters accused of low-level crimes since May 29, Willamette Weekly reported. The policy would only pursue charges against protesters who deliberately destroyed property, used force against another person, or threatened to do so.

Signing off, Awkword noted that he would like to see Schmidt run for president one day.