According to local reports, the now-dead shooter was black. Hermelyn's tweet about the white supremacist black male murderer in Tulsa was roundly ratioed. 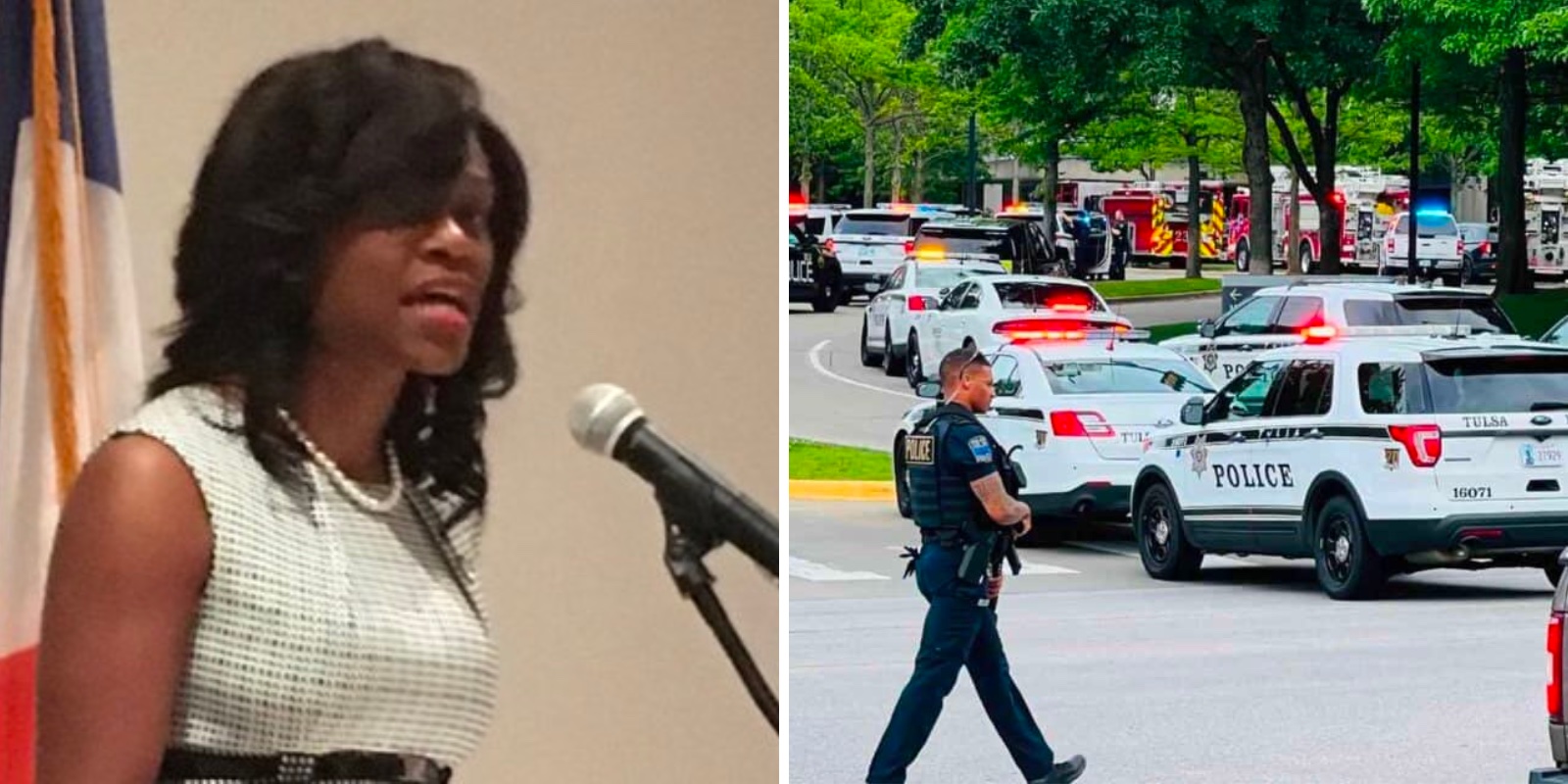 A New York City Councilwoman assumed that "white supremacy" was to blame for the mass shooting that took place at a hospital on Wednesday in Tulsa, Okla. Rodneyse Bichotte Hermelyn, who represents neighborhoods in Brooklyn, linked the shooting to "white supremacy," despite the shooter being black.

"We can't even process one mass shooting before the next occurs. Today’s atrocity in Tulsa happened on the 101st anniversary of the Tulsa Black Wall Street massacre. White Supremacy is clearly a factor," Rodneyse Bichotte Hermelyn wrote in response to the White House's tweet saying they were monitoring the matter.

Andy Ngo responded that in fact, according to local reports, the now-dead shooter was black. Hermelyn's tweet about the white supremacist black male murderer in Tulsa was roundly ratioed.

"The gunman was not identified but was described as a Black male believed to be between 35 and 40 years old, Tulsa Deputy Police Chief Eric Dalgleish said in a news briefing," reported CBS. Yet Hermelyn made the assumption that the shooter was motivated by racism against black people.

The shooter reportedly killed himself after shooting four people to death just before 5 pm at Saint Francis Hospital. Police arrived at the scene of the shooting within three minutes, and "made contact" with the gunman within five minutes. The suspect was encountered on the second floor of the Natalie Building of the medical complex, according to police.

Tulsa Deputy Police Chief Eric Dalgleish said that the shooter was a black male between 35 and 40 years old. The shooter was reportedly armed with both a long gun and a handgun.

"The officers that did arrive were hearing shots in the building, and that's what directed them to the second floor," he said.

Police reported that there were multiple casualties and a "catastrophic scene" at the medical facility. The gunman's motive was not immediately known, nor was that shooter's identity.

Tulsa Mayor GT Bynum expressed "our community's profound gratitude for the broad range of first responders who did not hesitate."