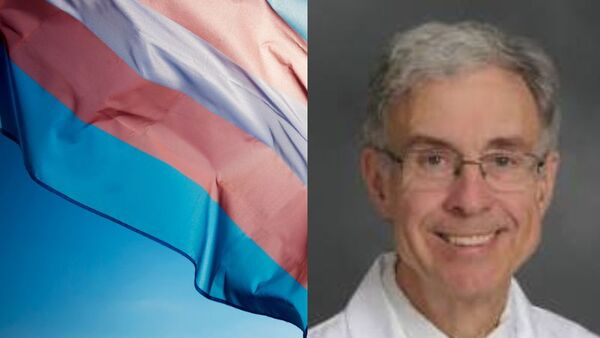 A surgeon and medical school professor has said we are right in the middle of an extraordinary medical atrocity and likened “gender-affirming” hormones and surgeries to lobotomies and eugenics.

In an interview with The Federalist, Dr. Michael Egnor, a pediatric neurosurgeon and professor at the Renaissance School of Medicine at Stony Brook University in New York, called the advice parents are being given regarding so-called gender-affirming treatments “basically criminal.”


“I have taught in the ethics course here at Stony Brook,” Egnor told the Federalist. “We teach the students and the young doctors about various ethical atrocities in medical history.” He listed as examples: lobotomies, eugenics and the Tuskegee experiments, which was a study where black men who had syphilis were simply allowed to die even though there were treatments available so that the progression of syphilis could be studied.

“I point out that at the time, all of these atrocities were widely accepted in the medical community,” continued Egnor. “Eugenics was taught in practically all medical schools for many years, the Tuskegee study was presented annually at national medical meetings and nothing was said about it for 30 or 40 years. It was widely accepted and it was a government program, so the government obviously accepted it.”

The lobotomy was also so widely celebrated that its inventor, Antonio Egas Moniz, was awarded the Nobel Prize in 1949 for its invention.

“Then towards the end of the course, I ask them a fairly obvious question,” said Egnor. “What are the ethical atrocities that we are doing today? And they all just gasp.” He explains that this is because we now think we’re better than that, but that he points out to the students that all the doctors in those eras thought they were better than that too.

“I’ve come to realize, with the growth of gender-affirming surgery and gender-affirming medical care, that we’re right in the middle of an extraordinary medical atrocity,” said the pediatric neurosurgeon.

“There’s been this enormous growth, this explosion of transgender ideology in the press and in the medical community [and] some of my pediatric neurosurgical patients have been involved in the transgender process,” Egnor explained. “I’ve had parents come to me in panic asking if there’s anything I can do to help on that.”

Egnor wants to encourage others in the medical community to speak out about this, claiming that there are many who agree with him. He also hopes members of the public will start to speak out against this and that parents will “realize that the medical advice they’re getting regarding these treatments is malpractice,” and in his view “basically criminal.”

He also said he believes that something can still be malpractice even if everyone’s doing it, and compared ‘gender-affirming” care to performing a gastric bypass surgery on an anorexic, or severing the spinal cord of a healthy but mentally ill person who feels they should be paralysed.

Egnor believes those who suffer from gender dysphoria should get the best psychiatric care because it is an extraordinarily difficult condition to live with, but that puberty blockers are “very, very powerful drugs that have a lot of side effects” and little is known about their long-term effects. More and more research is now showing that the experimental drugs are extremely harmful and the risks far outweigh any suggested benefit.

He went on to describe the profound effects of cross-sex hormones on the body, and the radical surgeries being performed on minors as malpractice. He described institutions that are performing mastectomies on teenage girls who desire to be boys, institutions carrying out hysterectomies on minors, and surgeons who will amputate the genitals of adolescent boys in the name of gender-affirming care, calling the practice “very dangerous” and “very inappropriate.”

Systematic reviews of the evidence for pediatric medical transition have been carried out in Sweden, Finland, and England and have led to each nation pivoting away from the affirmative model of care and back to a more cautious psychotherapeutic approach for the treatment of minors, and in the case of Finland, young adults as well.

“We don’t do what mentally ill people want us to do just to satisfy their mental illness. We try to help them, and the fundamental goal of treating mental illness is to help [the patients] with reality testing,” said Egnor. “The reality is that trans men are women, and trans women are men, and we should help them try to deal with that.”