"New York State is proud of its LGBTQ+ community and I will continue to ensure New Yorkers will never be forced to hide who they are. Love will always be stronger than hate," Hochul wrote. 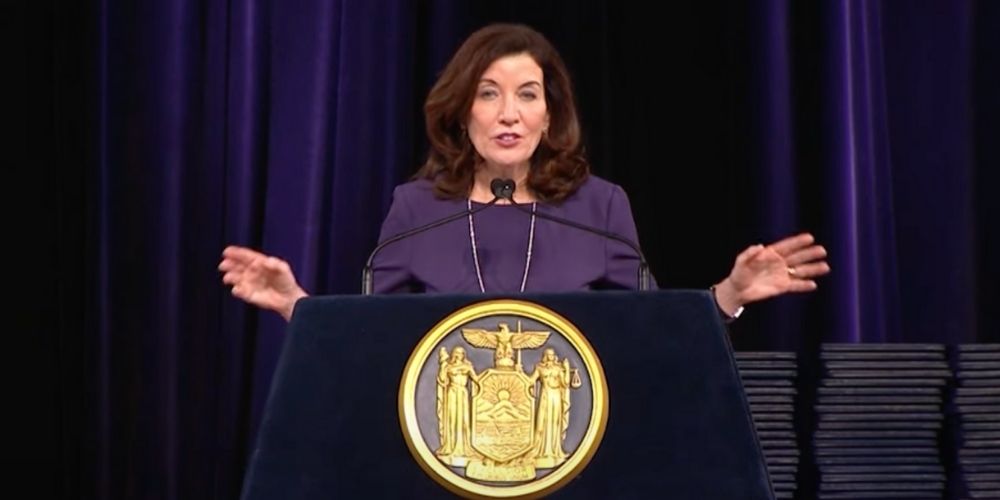 New York's unelected Governor Kathy Hochul took to Twitter on Monday to lambast Governor Ron DeSantis and the state of Florida for its recently signed into law "Parental Rights in Education" bill. The high-profile bill has been dubbed the "Don’t Say Gay" bill by opponents, including by Hochul herself, but those in support have argued that the legislation is an "anti-grooming" bill.

"#DontSayGay is an attack on children, families, and our universal values of human dignity and respect," Hochul wrote. "New York State is proud of its LGBTQ+ community and I will continue to ensure New Yorkers will never be forced to hide who they are. Love will always be stronger than hate."

While some commented their support of Hochul's statement, many blasted the progressive New York governor, saying that she hasn't read the bill, which does not possess the phrase "don't say gay," or anything referencing it.

DeSantis signed the Parental Rights in Education bill into law Monday, a move that prompted response from President Joe Biden, who condemed the bill's passing. "Every student deserves to feel safe and welcome in the classroom. Our LGBTQI+ youth deserve to be affirmed and accepted just as they are. My Administration will continue to fight for dignity and opportunity for every student and family — in Florida and around the country," wrote Biden in a Monday tweet.