The Washington Commanders' Jack Del Rio has been fined $100,000 for asking why the 2020 BLM riots weren't treated as seriously as the January 6th riot. 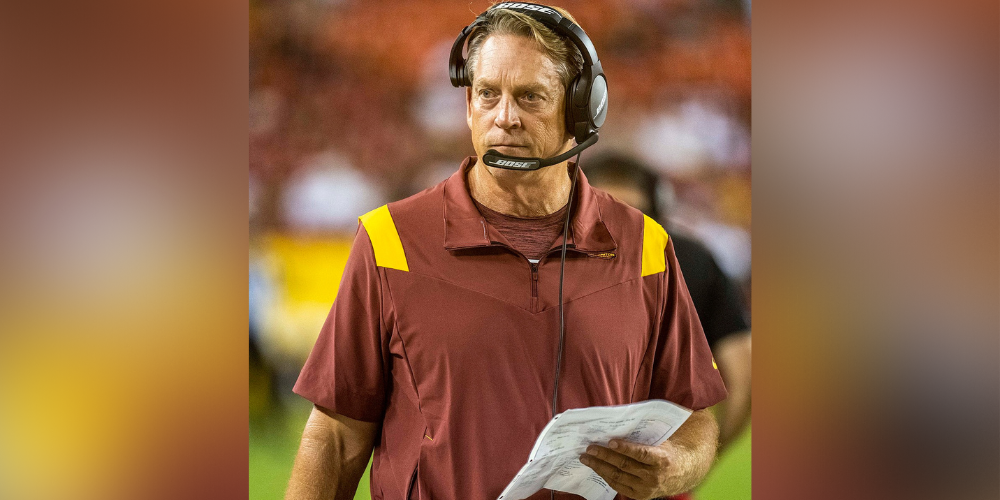 The Washington Commanders' defensive coordinator Jack Del Rio has been fined $100,000 for asking why the 2020 Black Lives Matter riots weren't treated as seriously as the January 6th riot.

In an interview with Tucker Carlson on Fox News, Clay Travis described the move as "unbelievable propaganda from the Washington Commanders."

The now-deleted tweet which landed Del Rio with the $100,000 fine read, "Would love to understand 'the whole story' about why the summer of riots, looting, burning and the destruction of personal property is never discussed but this is ??? #CommonSense." Del Rio posted the tweet in response to Thursday's televised January 6th committee hearings. His response received immediate backlash, including the NAACP asking for his resignation.

Del Rio doubled down on his comments in an interview, as reported by Sports Illustrated, saying, "Let’s get right down to it, what did I ask? A simple question: Why are we not looking into those things? Because it’s kind of hard for me to say I can realistically look at it, I see the images on TV, people’s livelihoods are being destroyed, businesses are being burned down—no problem."

The Black Lives Matter (BLM) riots of 2020 caused upwards of 30 deaths, multiple injuries, and over 1 billion dollars in damage. Clay Travis noted in his Tucker Carlson interview regarding Del Rio's comments that "these [BLM protests] were not mostly peaceful protests, these were largely violent protests, and no one has conducted any kind of investigation to determine how did all of these riots happen in the summer of 2020 and who was instigating them?"

Del Rio eventually issued an apology which was accompanied by a statement from the Washington Commanders' head coach Ron Rivera, which was posted on Twitter. Rivera stated, "our organization will not tolerate any equivalency between those who demanded justice in the wake of George Floyd’s murder and the actions of those on January 6 who sought to topple our government."

Rivera's statement bookended Del Rio's $100,000 fine with “Coach Del Rio did apologize for his comments on Wednesday and he understands the distinction between the events of that dark day and peaceful protests, which are a hallmark of our democracy.”

During the peak of the violent George Floyd protests, Kamala Harris stated that the BLM 'protests' of 2020 'should not' let up. Earlier this month, an Indianapolis felon was sentenced to five years in prison for possessing and firing gun during the BLM riots.

The statement added that, "he [Del Rio] does have the right to voice his opinion as a citizen of the United States" but "words have consequences" and "hurt a lot of people."

"It’s hard to argue that this is anything other than content-based discrimination on behalf of an NFL franchise," Travis said while encouraging Del Rio to fight the fine. Tucker Carlson identified Rivera's reaction as "Maoist" in execution and style.

The Washington Commanders faced previous backlash in January for their decision to change their former name, the Washington Redskins, in an effort to be less 'offensive' to Native Americans.