"Trans women are women," the NHL stated unequivocally, adding that, "Trans men are men," and, "Nonbinary identity is real." 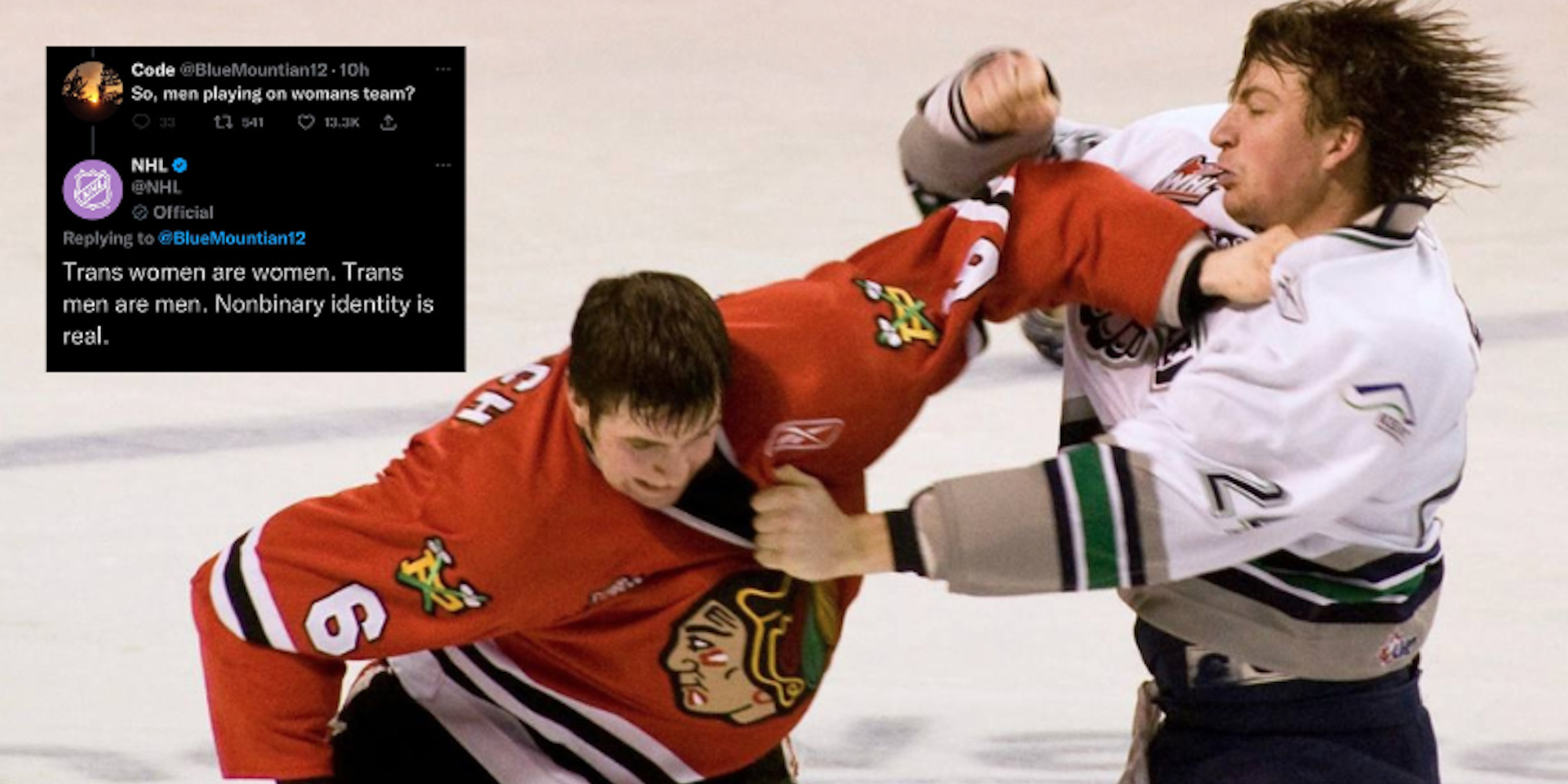 On Tuesday, the National Hockey League boasted on Twitter about a tournament held in Wisconsin that featured solely transgender and non-binary players.

The league then went on to declare support for leftist gender ideology that seeks to blur the line between men and women.

"The NHL is proud to support this past weekend's Team Trans Draft Tournament in Middleton, Wisconsin," the league wrote, noting that this was "the first tournament comprised entirely of transgender and nonbinary players, with around 80 folks participating."

"So, men playing on womans team?" a user replied, leading the NHL to declare their support of one of modern gender ideology's core tenets.

"Trans women are women," the NHL stated unequivocally, adding that, "Trans men are men," and, "Nonbinary identity is real."

"If trans men are men why aren't they just playing in a men's league?" one user asked, however before long the NHL had locked comments, making it nearly impossible to reply.

Those standing up for biological women in sport took to quote-tweeting, and slammed the league for their ill-informed caving in to the woke mob.

"Every single 'mainstream' organization, institution, and corporation in America has been 'queered'," Heritage Foundation's Delano Squires lamented. "Even pro sports leagues full of the biggest, strongest, & toughest men in the world go soft in the face of radical gender ideology."

"Not hockey too…" wrote Jordan Peterson. "Canada is definitely doomed."

Despite the NHL's insistence that biology doesn't matter, the fact is that only one woman has ever played in the league. On September 23, 1992, Manon Rhéaume suited up in net for the Tampa Bay Lightning in a preseason game against the St. Louis Blues, but never played in the regular season.

There has been a push in recent years to erase the biology-based boundaries set up to protect women in sport in favour of an environment where a male can simply declare himself to be female and dominate to his heart's content.

Far beyond simply allowing biological males to take part in women's sports, many such athletes have been celebrated. A transgender MMA fighter who broke a woman's skull, for example, was deemed to be the "bravest woman in history," and infamous transgender swimmer Lia Thomas was nonimated for a "Woman of the Year" award.

The propagation of leftist gender ideology by major sports leagues, regardless of the motive, helps push the often dangerous notion that men and women should be playing together competitively, however there has been growing backlash as people begin to see the real world consequences.