In a show of force, North Korea tested 2 new types of short-range ballistic missiles by firing them eastwards over the Sea of Japan, officials have said. 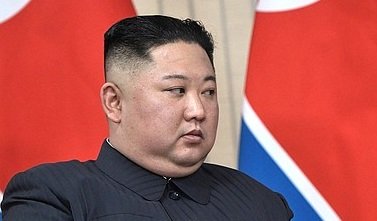 In a show of force, North Korea tested 2 new types of short-range ballistic missiles by firing them eastwards over the Sea of Japan, officials have said.

The missile firing comes after increased tension on Tuesday when four countries, Japan, South Korea, Russia, and China, had a faceoff between warplanes in the area. Luckily things deescalated, but tensions are still high.

Seoul has viewed Thursday’s launch “as a military threat and an action undermining efforts to alleviate tensions on the Korean Peninsula,” according to South Korea’s Ministry of Defence.

Ministry spokesman Choi Hyun-soo continued, “The government has been closely monitoring the relevant trends and is urging Pyongyang to suspend such activities that are not helpful for efforts to ease military tensions on the Korean Peninsula.

“Going forward, the (South Korean) government will strengthen its monitoring in cooperation and close communication with the US,” he added.

The launch represents the first missile launching since Donald Trump met with Kim Jong-un in the demilitarized zone last June. While the symbolic meeting was taken as a sign of increased communication, cooperation, and good faith for the future of the Korean Peninsula, denuclearization talks have been mostly halted since the failed Vietnam summit in February.

“North Korea’s last weapons testing was in May and included both short-range missiles as well as smaller rockets,” reports NBC News. “At the time, the North Korean leader oversaw the first flight of a previously untested weapon — a relatively small, fast missile experts believe will be easier to hide, launch and maneuver in flight.”

It is believed that these recent tests may be part of a larger submarine-launched ballistic missile (SLBM) program that could further destabilize the region. As such, Choi has said that South Korea will “strengthen surveillance preparedness under the cooperation with the U.S. and maintain close communications.”