Children's clinics specializing in treating transgender patients have seen an exponential growth in clientele over the past six years. 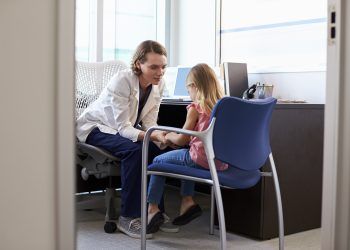 Children's clinics specializing in treating transgender patients have seen exponential growth in clientele over the past six years.

Going back further to 2004, the growth of transgender patients is even more explosive, increasing 100 times over from nearly single digits to over a 1,000 per year.

Dr. Stephen Feder, the co-director of the gender diversity clinic at the Children's Hospital of Eastern Ontario, told the CBC that the clinic has gone from 2 patients to 89 over the past decade.

Dr. Greta Bauer, one of the authors of the report and a Professor of Epidemiology and Bio-statistics at the Schulich School of Medicine & Dentistry at Western University, told The Post Millennial:

Numbers of referrals have increased over the same period that both public awareness of trans issues and numbers of clinics providing care have increased. These increased referral numbers still represent a small proportion of the youth who know they are trans and who will need access to gender-affirming care. Dr. Greta Bauer

These increases in referrals can be seen right across the country. In B.C., the B.C. Children's Hospital received 240 referrals last year, compared to only 20 in 2013. SickKids in Toronto had 100 referrals in 2013. That number has since doubled.

Dr. Debra Soh, a neuroscientist and sex science writer, told The Post Millennial that a greater public awareness of trans issues was not the only reason for this exponential rise in transgender patients.

This exponential growth cannot be due solely to greater awareness about gender diversity. The number of American adults who identify as transgender has doubled in the last ten years to 6 in 1000. The fact that the numbers pertaining to children are showing a tenfold increase or higher in a shorter span of time speaks to other factors being at play.

From a scientific standpoint, transitioning can be beneficial to some adults and children who are post-puberty, but clinicians in the field aren’t able to do their jobs properly anymore, due to the current political climate. Without a proper psychological assessment, many children who are suffering from other mental health conditions—like autism, borderline personality disorder, and trauma, as well as suicidal ideation—are transitioning instead of getting the appropriate support they need. Dr. Debra Soh

What do you think? Why has the number of transgender teens increased so dramatically over the last decade?