"This incident was an abhorrent, unprovoked assault on a Correction Officer who was doing his job and carrying out his duty." 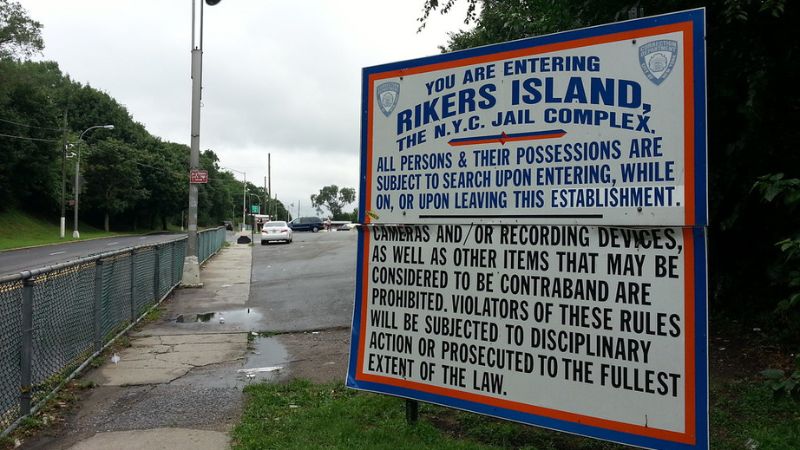 A New York City correction officer at Rikers Island was assaulted on Wednesday by an alleged murderer in an attack that left the man with 10 of his teeth missing, head lacerations, and a black eye.

"This incident was an abhorrent, unprovoked assault on a Correction Officer who was doing his job and carrying out his duty. We are pursuing re-arrest of the person in custody responsible,” a DOC spokesperson said in a statement," a spokesperson for the Department of Corrections said. "Assaulting a staff member in a jail is as much a crime as it is out in the community, and attacks on our staff will never be tolerated."

The unnamed officer was taken to a local hospital and treated.

The officer was attacked while searching 23-year-old Julius Allen for contraband around 12:50 pm. During the search, Allen began striking the officer, knocked him over, and continued to beat him as he was on the floor. Eventually, two guards at the jail intervened and stopped the attack.

Allen is at Rikers as he is being held without bail in connection to a murder from February 27. Allen is alleged to have shot 26-year-old Anthony Ponce in the torso and head inside the fifth-floor hallway of a building in Canarsie, Brooklyn.

Allen is scheduled for a court appearance in February 2023 for the murder and the attack on the correction officer is under investigation.

The president of the Correction Officers’ Benevolent Association, Benny Boscio, said, "This heinous, unprovoked attack on our officer who was simply doing his job comes at a time when over 1,200 officers have been assaulted."

Bosco noted a piece of legislation that the City Council is considering would possibly bring more harm to correction officers as the law would limit the amount of time a prisoner could be in solitary confinement.

Boscio criticized a law before the City Council that would drastically limit solitary confinement for detainees accused of infractions.

Boscio said, "If their legislation passes, one of our officers may get killed and they will have blood on their hands. We are not this city’s sacrificial lambs!"

The new legislation would limit solitary confinement to eight hours at night and two during the day.