Rayl was seen pounding on the front door before being asked to leave the residence. 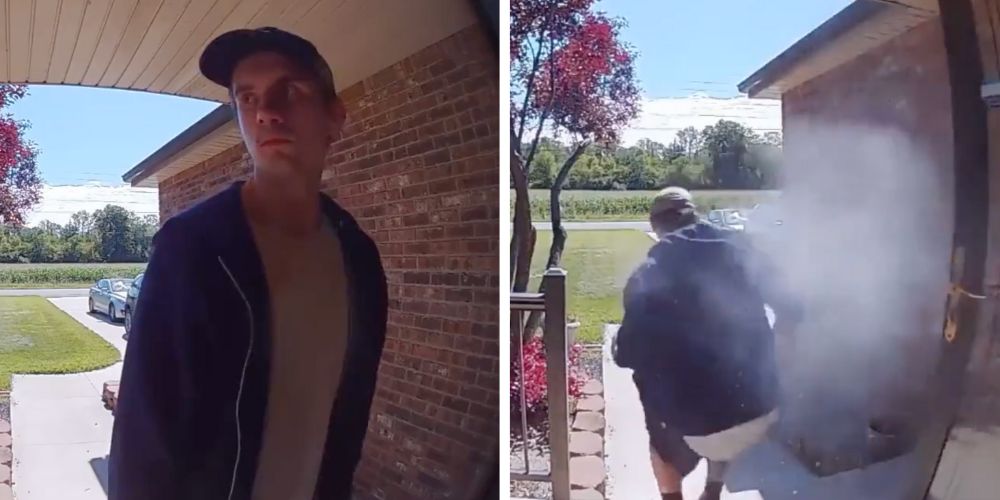 Following a fatal shooting captured on a homeowner’s Ring doorbell, a grand jury has decided against indicting the homeowner.

On July 31, 22-year-old James Rayl was captured on doorbell footage attempting to force his way into the home of his ex-girlfriend in the 2900 block of North Luther Road, Sydney, Ohio, according to local news.

Rayl was seen pounding on the front door before being asked to leave the residence.

In the 911 call, obtained by WHIO, a woman who said Rayl was her ex-boyfriend, said, "He’s trying the door dad… dad… dad. Is he trying to kill me?"

Video showed the moment that Rayl broke open the door, being met with three gunshots, allegedly fired by the woman’s father, who the New York Post identifies as Mitch Duckro.

In the 911 call, the woman is heard saying, "Dad there’s nothing you could have done. You saved my life."

The video shows Rayl stumbling down the path before collapsing on the driveway of the home.

Neighbor Jeff Hereford reportedly checked on Rayl as he laid on the driveway after the woman inside refused the dispatchers request to do so.

She told WHIO that he didn’t see Rayl enter the home, adding that "If he entered the house, why did he shoot through the door?"

Earlier this month, a grand jury voted 8-1 against indicting Duckro.