While Stephens is a fellow Republican, Ohio House Democrats believe they can achieve progress toward their goals with him as speaker. 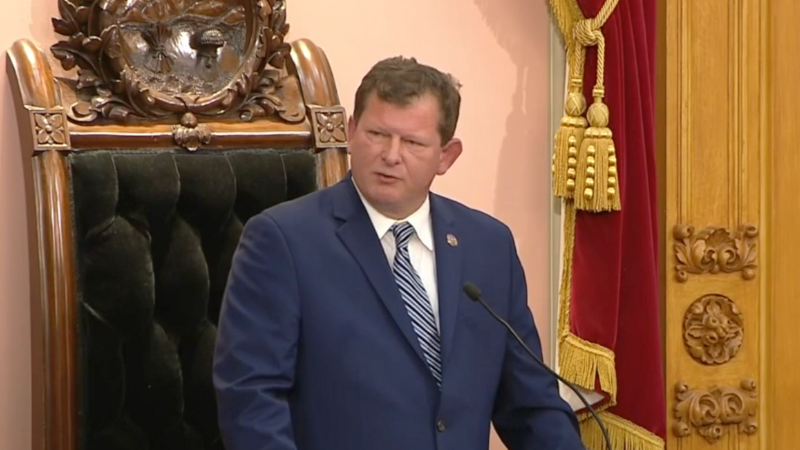 Olivia Rondeau
Jan 6, 2023 minute read
ADVERTISEMENT
ADVERTISEMENT
A resolution to censure 22 Ohio state representatives for voting with Democrats to elect a more centrist speaker was drafted Friday by the Ohio Republican Party State Central Committee, threatening to make all of them ineligible to receive a state party endorsement or any other party resources for at least the next four years.

In November, Ohio's House Republican Caucus informally nominated Rep. Derek Merrin of the 42nd district to the speaker position. With Republicans outnumbering Democrats two-to-one, he was expected to take the lead. However, 21 Republican representatives on Tuesday decided to join all 32 Democrats in voting for Rep. Jason Stephens of the 93rd district, going against the party's prior decision, reported Cleveland.com.

While Stephens is a fellow Republican, Ohio House Democrats believe they can achieve progress for their goals with him as a speaker, according to the Columbus Dispatch.

House Minority Leader Allison Russo called the election of Stephens an opportunity to work with someone who "would work with us on the issues we could agree on."

"There was lots of discussion about things and areas of agreement," she said.

43 of the 65 Republican members present on Tuesday voted for Merrin.

In response to the betrayal, the draft resolution names all of the Republican House members who colluded with the Democrats to elect Stephens, as well as the new speaker himself.

"Therefore, be it resolved, the Ohio Republican Party State Central Committee hereby censures the following 22 Republican Representatives, and thus resolves to prohibit any and all future ORPSCC endorsements and financial aid," the party's proposal reads.

Merrin also accused Stephens of taking advantage of his dire family situation, complaining that he and his supporters "ramped up their efforts" to stop him from becoming the next speaker while he was caring for his dying father.

In an interview with Cleveland.com, Merrin said "That's when the foot on the gas pedal went into play." When asked how he felt, he responded, "How do you think I feel?"