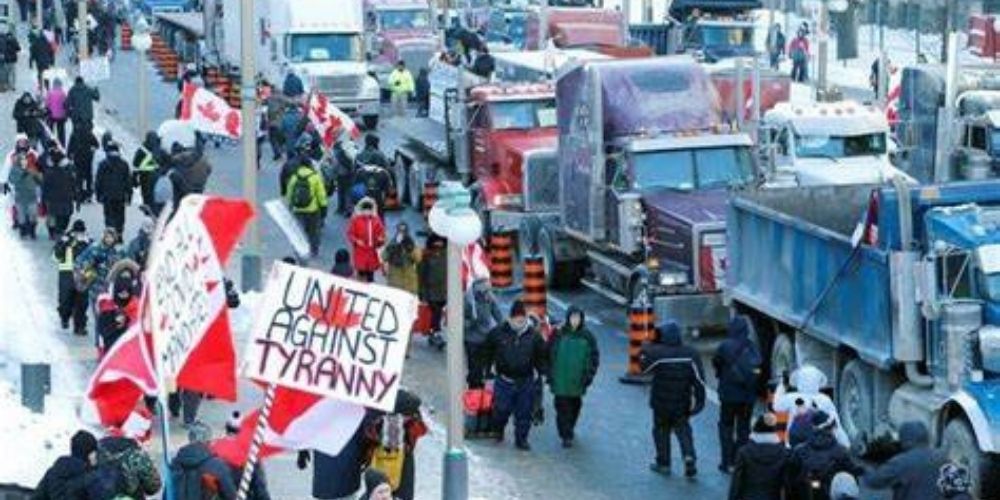 Ottawa police issued a warning Wednesday afternoon to the Freedom Convoy demonstrators: stop blocking the streets or face criminal charges. This comes after the federal government already made clear that it is not willing to invoke emergency powers to handle the protest.

The warning was issued via a press release titled Message to Demonstrators from the Ottawa Police Service and comes on the 13th day of the protest, as multiple big rig trucks remain in the Canadian capital's downtown core.

Ottawa Police said in the statement, "The unlawful act of blocking streets in the downtown core is resulting in people being denied the lawful use, enjoyment and operation of their property."

The statement also said that anyone blocking streets, or assisting others in blocking streets could be "arrested without a warrant," with their vehicles impounded and could be forfeited if the offender is convicted.

"Charges or convictions related to the unlawful activity associated with the demonstration may lead to denial in crossing the USA border."

The trucks have remained parked on the downtown streets of Ottawa for 13 days as part of the ongoing demonstration against onerous COVID mandates.

Authorities have issued out more than 1,300 tickets for traffic violations and arrested 23 people.

How the police planned on making good on their threat is unclear. Police have attempted to seize fuel from the truckers but many were resupplied by supporters.

Ottawa's tow-truck companies are, for the second week in a row, refusing to tow the semi-trucks participating in the Freedom Convoy.

Ontario Premier Doug Ford called for an end to the "illegal occupation and blockade happening in Ontario," after the Ambassador Bridge remained blocked by protestors as of Wednesday.