"We are on the verge of an unprecedented migration crisis," says Marco Rubio. 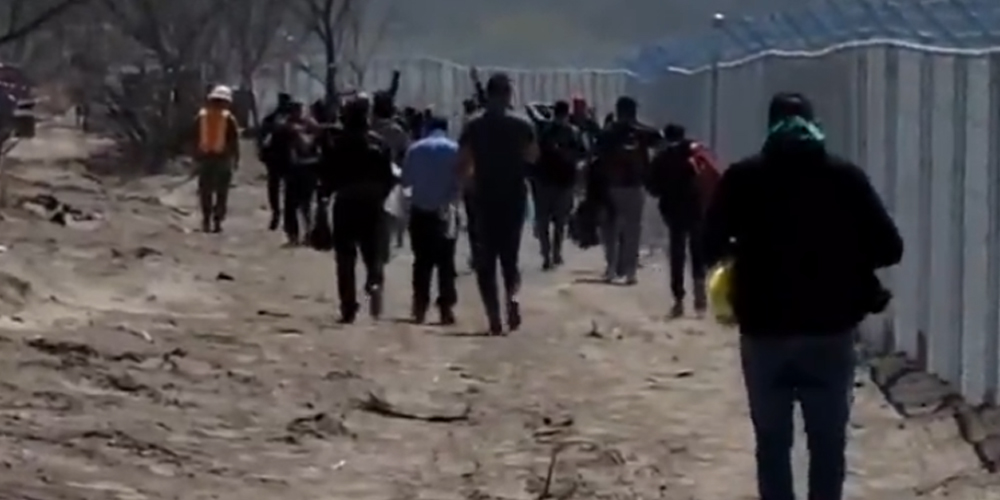 A significant change to US - Mexico border policy is slated to come next week as the Biden administration is making moves to end Title 42, a policy mechanism that allowed for the swift removal of migrants from the USA.

Senator Marco Rubio tweeted a statement that captures the unease of the moment.

The 170,000 number comes from US intelligence officials speaking to Axios. 170,000 migrants are waiting for Biden to revoke Title 42 so they can enter America more easily.

According to Newsweek, Biden’s Department of Homeland Security is expected to discontinue the usage of Title 42, making it official as of Monday. In part the statement given by the agency said that they conducted a "thorough review" and concluded that they need to get rid of it because of "the Department's need to prioritize its limited enforcement resources ... by utilizing expedited removal as a border enforcement tool for certain recent entrants."

An earlier separate report by BuzzFeed outlines how Biden officials are soon expected to tell Mexico of this policy change.

As explained by CBS News, Title 42 is a pandemic-era measure that allowed both former President Trump and current President Biden to readily deport countless migrants that come into the country.

The anticipated move to get rid of Title 42 has led to a reported uptick of migrants approaching the US - Mexico border.

The apparent preparations made by the Biden administration so far this week include setting up a so-called "war room." What the White House is planning to do is send more manpower, as well as airpower, to transport incoming migrants to and fro along the US - Mexico border area. This along with erecting new facilities to house thousands of migrants.

A call-to-arms ad was put out by the Department of Homeland Security, according to Fox News.

"Once again, we need to tap into our department’s greatest resource: the skills of our talented and diverse workforce. Today, I am asking you to consider stepping forward to support the DHS Volunteer Force," it says.

Emphasis on "once again" given that such a request has been put out by federal officials before, under the Biden administration. DHS Secretary Alejandro Mayorkas has in recent months admitted to border patrol agents that the border crisis is "worse now than it, frankly, has been in at least 20 years, if not ever."

It’s a debacle that most prominently caught the public’s eye after a wave of Haitian migrants gathered together by the hundreds under the Del Rio bridge. Leaked audio that has surfaced since then has uncovered the Biden administration’s practice of doing "night flights" of migrants, shuttling them to different parts of the country.

Biden’s border crisis has continued to unfold over the past year even through the media waves of attention that regularly wash over the issue. For perspective: according to US Customs and Border Protection, February 2021 had 101,099 migrant encounters while February 2022 had 164,973, for those specific months alone.

These benchmarks highlight the general accelerating trend of the Biden White House’s track record on US border policy. Looking at the long-term stats show that on a regular basis the current President has surpassed the Trump White House’s immigration numbers by a large margin.

At the start of the week, a drug cartel waged war against the Mexican army as revenge for the arrest of a ringleader for the group. The gunfight and destruction that ensued briefly closed the border crossing within the Laredo, Texas area.

It’s something that political commentators like Jack Posobiec have since pointed out. In Tucker Carlson’s interview with congresswoman Maria Elvira Salazar, the host brought up the discrepancy about how strong the federal attention is on the Ukraine situation in contrast to the US - Mexico border dilemma.