President Biden's approval ratings continue to plummet as an overwhelming 72.5 percent of Americans believe the Biden administration is leading the country down the wrong track. 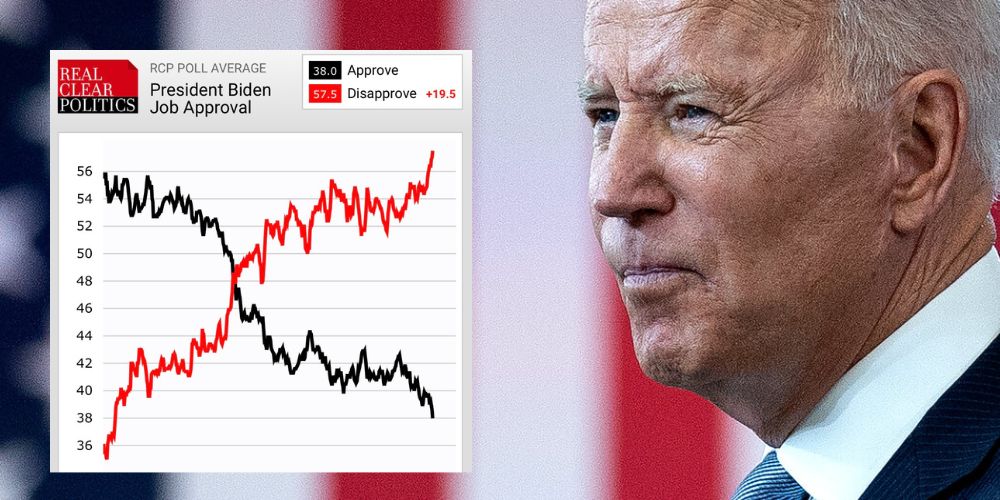 President Biden's approval ratings continue to plummet as an overwhelming 73.7 percent of Americans believe the Biden administration has the country on the wrong track, according to data collected by Real Clear Politics.

On the topic of the economy, 33.4 percent of US voters approve of Biden's performance, compared to 62 percent that say they disapprove, according to data.

Immigration polling revealed that the majority of Americans would like to see the Biden administration help with the influx of illegal immigrants pouring through the US/Southern border. 58.5 percent of Americans disapprove of Biden's border policies, while 35.3 percent approve.

Regarding Biden's foreign policy performance, 38.3 percent of American voters agree with the administrations performance, while 53.7 percent disapprove, according to data collected by Real Clear Politics.

Only 20.3 percent of US voters believe Biden is leading the country down the right track, polls show.

The low approval ratings come as inflation takes hold of the nation, with fuel costs reaching historic highs, and grocery prices trailing closely behind, making large dents in the pocketbooks of Americans as talks of another recession loom.