Two female members of the Central Bucks School District (CBSD) say that being inclusive of male students who identify as girls is what matters, as most students do not go on to play professional sports, anyway. 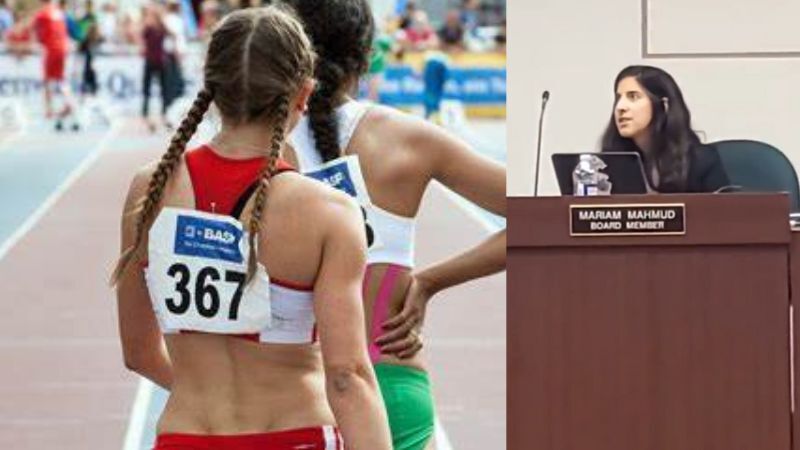 Two female members of the Central Bucks School District (CBSD) say that being inclusive of male students who identify as girls is what matters, as most students do not go on to play professional sports, anyway.

The comments were made at a board meeting Wednesday evening. The topic of discussion was the athletic advantage males retain even after years of hormone therapy.


“We have research showing that the lean body mass is still much higher after eight years of puberty blockers and cross-sex hormones,” Greg Brown, a fellow of the American College of Sports Medicine told the assembled board.

“We’ve got the one study in 16-year-olds on anti-androgens that all that male advantages are not erased,” said Brown.

“Our philosophy is not about competition and who’s winning,” responded board member Tabitha Dell'Angelo. “That doesn’t seem to be the purpose of athletics at CBSD, at least as we stated it.”

Board member Mariam Mahmud then questioned the reason this conversation was taking place, suggesting that it was political and therefore not relevant to the K-12 population being discussed.

“About 99 percent of kids will never go on to play professional sports and only about 94 percent will go on to college-level sports,” said Mahmud. “That doesn’t mean that we don’t have this conversation; it just means that really what it should be grounded on is inclusion of all kids. Every kid needs to have the opportunity to play.”

Mahmud then went on to appeal to the authority of the American Academy of Pediatrics, the American Medical Association, and even the National Collegiate Athletic Association and the International Olympic Committee which have all produced statements promoting “non-discrimination” and “inclusion.” She felt that a male’s competitive advantage over female athletes was only relevant at a competitive level.

Megan Brock, who shared the video footage on Twitter, said she was horrified by this opinion.

“As a former high school athlete, I’m horrified by these comments. It takes a tremendous amount of hard work and dedication to be a female athlete. And yes, high school sports ARE a competition. And yes, our daughters deserve the chance to WIN and be rewarded for their hard work,” Brock tweeted.

“These Democrat school board members are arguing to erase DECADES of progress made by female athletes, openly telling our girls their achievements don’t matter, they don’t deserve safety, and they don’t deserve to win. It’s truly disgusting. Women matter. Our girls matter.”

Last month the legal appeal was heard of four young women who brought a lawsuit against the state of Connecticut for Title IX violations. These young women were forced to compete in track events against two biological males who identified as transgender and decided to take legal action after years of losing out to the two male athletes who have an unfair biological sporting advantage.

Correction: An earlier version of this article incorrectly identified Tabitha Dell'Angelo as Sharon Collopy. This has been corrected.
ADVERTISEMENT
ADVERTISEMENT
Bucks Athletes