A right-to-know request filed by the Pennsylvania Family Institute revealed that $16.7 million have been spent since 2015 on so-called gender-affirming treatments for minors, such as puberty blockers, cross-sex hormones, and surgeries including bilateral mastectomies. 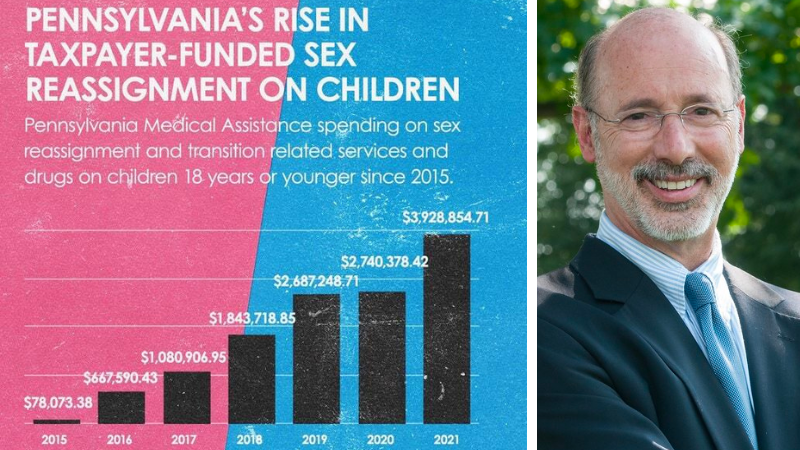 Millions of Pennsylvania taxpayer dollars have been spent on experimental "gender-affirming" medical treatments for children and adolescents who believe themselves to be transgender.

A right-to-know request filed by the Pennsylvania Family Institute revealed that $16.7 million have been spent since 2015 on so-called gender-affirming treatments for minors, such as puberty blockers, cross-sex hormones, and surgeries including bilateral mastectomies, the Daily Wire reports.


"When Gov. Wolf took office, he unilaterally changed state policy to cover things like double mastectomies to remove healthy breasts from minor girls and irreversible experimental hormones for children," Emily Kreps of the PA Family Institute told the Daily Wire. "The same drugs used to chemically castrate convicted sex offenders are being funded by tax dollars for minors. This type of ‘care’ is happening right now at major institutions like CHOP, Penn State Health and UPMC Children’s Hospital of Pittsburgh, especially to children in foster care."

Democrat Governor Tom Wolf took office in 2015, and nominated Dr. Rachel Levine, the current assistant secretary of Biden’s Department of Health and Human Services, as Pennsylvania physician general. For six years, Levine advocated for minors to have access to "gender-affirming care in the state, even for minors who are homeless or in the foster care system.

In 2017, during the It’s a Transgeneration: Issues in Transgender Medicine event held at Franklin and Marshall College, Levine was asked by an audience member what doctors can do for child an adolescents who don’t have parental support.

In roles at both the state and federal level, Levine has pushed for insurance companies to cover medicalized gender transition, with the assistant health secretary claiming that not providing medical transition to males and females who desire it is discrimination.

Between 2015 and 2021, there was an almost 5000 percent increase in spending on "gender-affirming" care for under-18s in Pennsylvania. 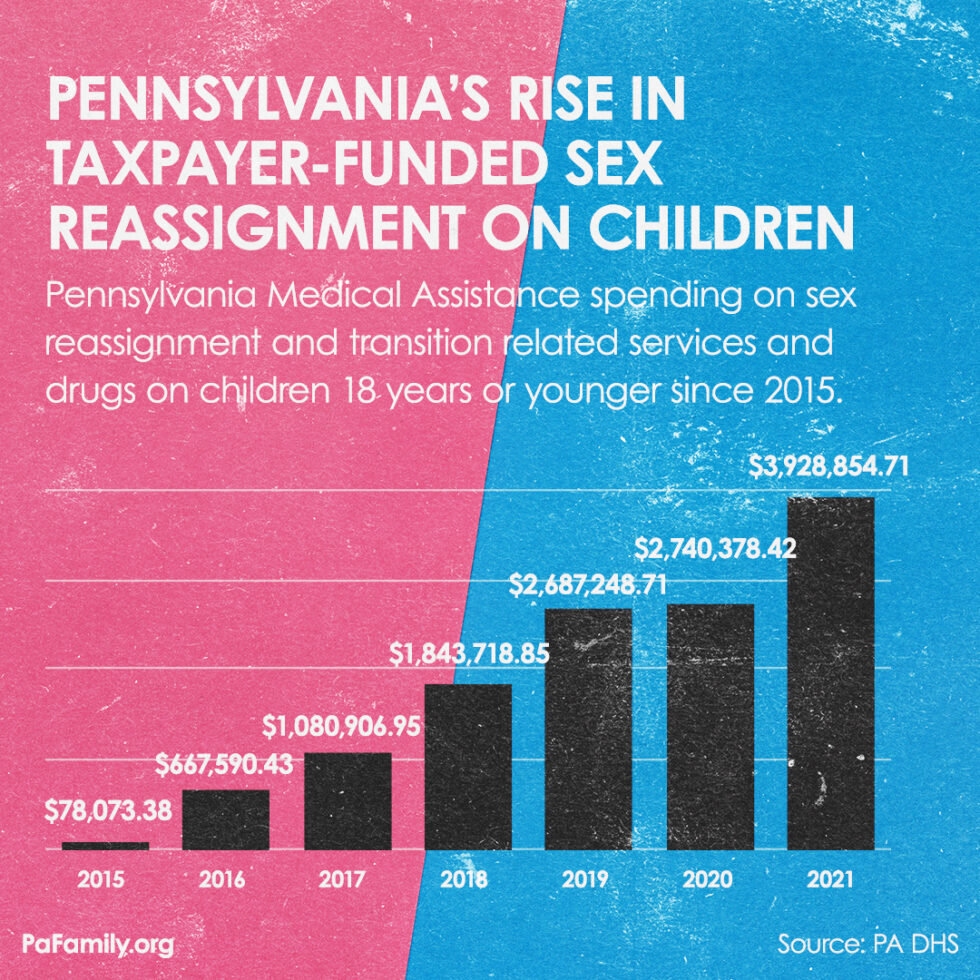 The right-to-know request revealed that in 2015, the state spent $78,000 on medically transitioning minors. In 2016, according to the Daily Wire, the Pennsylvania Department of Human Services announced that the state Medicaid program would start covering all "medically necessary" gender transition services. That same year, spending jumped 755 percent to $668,000.

Then significant increases occurred year after year, with the state spending $2.7 million in 2020, and $3.9 million in 2021. $3.7 million has already been spent in 2022, making the state on track to exceed the previous years' spending.

"This level of state-endorsed harm upon children is reprehensible," Alexis Sneller of the PA Family Institute told the Daily Wire. "While we knew the Wolf administration was funding services related to these irreversible procedures on minors, now seeing the exact numbers, millions spent towards these detrimental acts, is still shocking."

In 2018, Nadia Dowshen, co-founder of the gender clinic at CHOP, gave a talk in which she stressed how important it is to block the puberty of gender-confused children, and praised Levine for being a wonderful advocate for "trans youth" for Levine’s dedication to ensuring that "young people have coverage of these medications," before noting how expensive puberty-blocking drugs, cross-sex hormones, and surgeries are.

"If we block their puberty right away, we can prevent them from ever developing breasts, and that means they would have a better quality of life, and they might now need to have top surgery in the future," said Dowshen in the lecture titled Understanding Gender Identity and Development.

Dowshen has also stated that she feels age is just a number when testifying before a Pennsylvania Health Committee that girls as young as 14 have been referred for bilateral mastectomies by CHOP gender clinic.

There is a growing divide in the world of gender medicine, with Democrat states and the entire nation of Canada continuing down the track of "gender-affirming" care, providing experimental drugs, irreversible cross-sex hormones, and major surgeries to young people who believe themselves to be transgender, without performing any assessment or psychological intervention beforehand.

Then there are several Republican states that are outlawing the medical transition of minors, arguing that children are too young to consent to such life-changing medical interventions. In Sweden, Finland, and England, systematic reviews of the evidence for "gender-affirming" care have been carried out and have resulted in all three nations reverting back to a more cautious psychotherapeutic approach given the lack of quality evidence to support medical transition for minors.
ADVERTISEMENT
ADVERTISEMENT
Wolf PA Gender