Philadelphia DA Larry Krasner believes that going after illegal guns is not equitable, policies like that are "about singling out people of color." 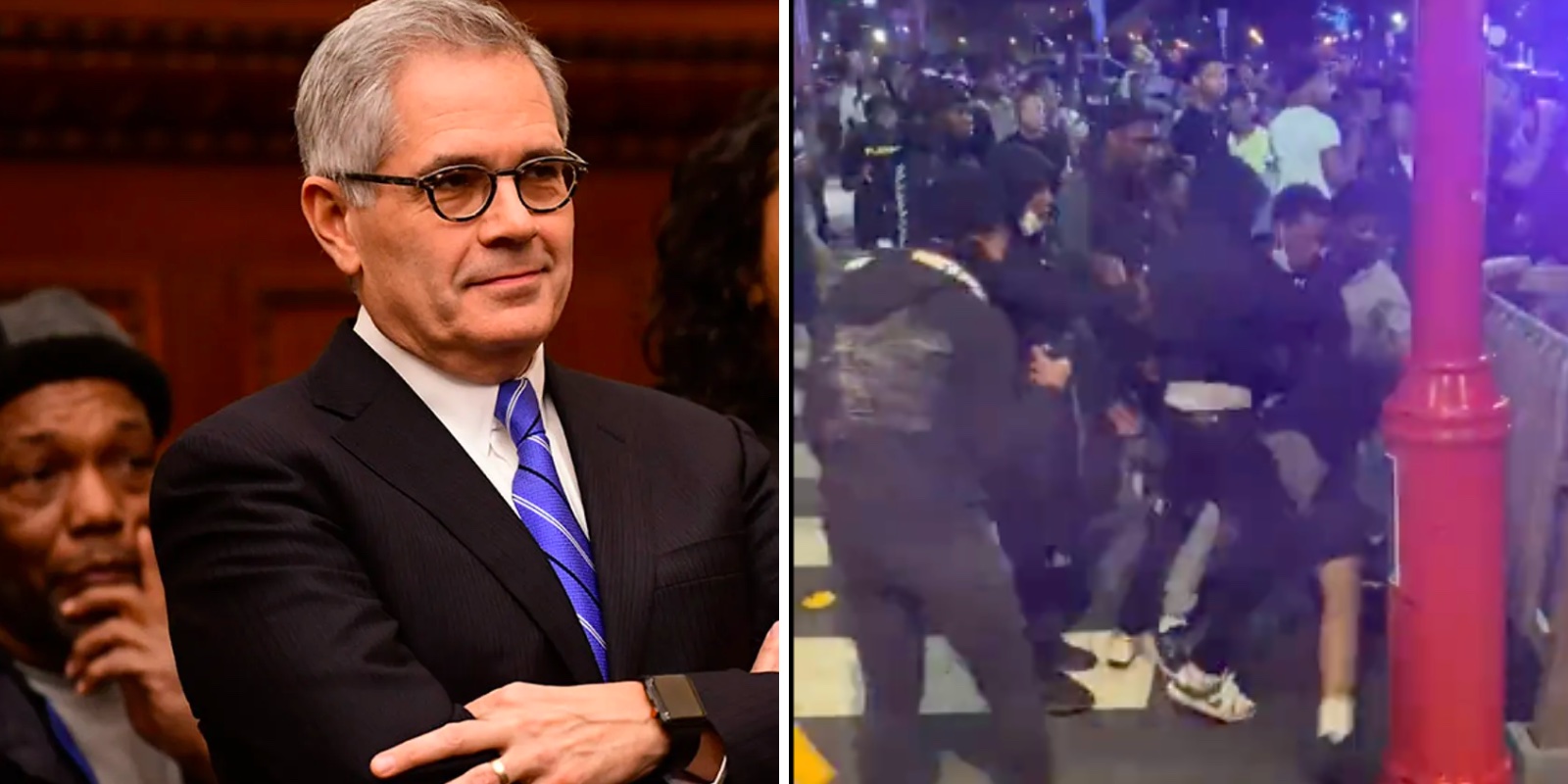 Philadelphia District Attorney Larry Krasner called for more gun control in the City of Brotherly Love after a deadly shooting on Saturday night resulted in three deaths, and 12 injuries. Krasner's calls for gun control come despite his unwillingness to prosecute laws that are already on the books.

Krasner said on Twitter that the "terrible crimes" on South Street, which came after hours of chaos in the popular nightlife area, "tell our Pennsylvania legislators it's time for real action."

He told lawmakers to refuse to take donations from the NRA, and to "bring real common-sense gun regulation to Pennsylvania. Now." But Krasner hasn't been implementing punishments for gun crimes as DA, including against one of the suspects in the fatal shooting.

The Philadelphia Inquirer, the paper of record, wrote that "Meanwhile, people accused of illegally carrying guns have seen their chances of getting convicted in court plunge from 63% in 2017 to 49% two years later."

Philadelphia police officer Patrick Keller, who was fired at during an arrest, said that only a week before the shooting, the DA's office reached out to him about a plea deal being offered to that defendant who shot at the officer, according to local news.

The DA's office was offering 4-8 years jail time, along with three additional years probation. Keller was shot at by a 19-year-old defendant after responding to a domestic call in 2020.

The defendant, Devon Smith, fired at the officer through his pants pocket. Initially, Smith was charged with attempted murder, but the charges have since been reduced. Krasner's office claimed Smith "had not intended to fire the gun."

Keller's injuries as a result of the shooting included gunpowder burns on his neck and face, as well as hearing loss, as the suspect was only inches from him.

Krasner has faced calls for his removal by State Senator Jake Corman, and others have called for the governor to have the power to replace Krasner. For Krasner, calls for his removal, or the GOP insistence on citing the major crime issues in America's big, blue cities, is essentially racist.

"It is nothing more than a new version of the Southern strategy," Krasner told Business Insider earlier this year. "It worked before. They've read their Republican history. They're saying 'big cities, lawless,' except all the big cities they're talking about are very Democratic and have huge Black and brown populations."

Krasner struck a plea deal to reduce the sentence for Jovaun Patterson, who was convicted of shooting and killing a man during a robbery at a convenience store in 2018. When the deal, 3.5 to 10 years in prison for the murder, was made public, Krasner's office tried to walk it back, and Patterson ended up with 14 years for assault and attempted robbery.

Krasner also believes that going after illegal guns is not equitable, policies like that are "about singling out people of color," according to Insider.

"Our legislature's primary interest is incarcerating Philadelphians," read a report from his office said, "most of them Black and brown."

"As of May 22, more than 830 people had been shot in Philadelphia this year, 166 of them fatally," Insider reports.

While Krasner calls for more gun control, his office hesitates to crack down on illegal guns, believing that too many people who have no intention of criminal activity— outside owning illegal guns— would get caught up in the criminal justice system unnecessarily.

Many were quick to point out this hypocrisy.

And local politician Michael Nutter said in December 2021 that Krasner owes an apology to the families of the 521 people killed in Philadelphia that year, after Krasner claimed that the city didn't have a "crisis of violence."

Nutter said "It takes a certain audacity of ignorance and white privilege to say that right now. As of Monday night, 521 people, souls, spirits have been vanquished, eliminated, murdered in our City of Brotherly Love and Sisterly Affection, the most since 1960. I have to wonder what kind of messed up world of white wokeness Krasner is living in to have so little regard for human lives lost, many of them Black and brown, while he advances his own national profile as a progressive district attorney."