Pope decries violence around the world during Easter speech

Pope Francis gave his customary Easter Sunday address to the public again this year, and this time he had a lot to say about continued violent conflicts worldwide. 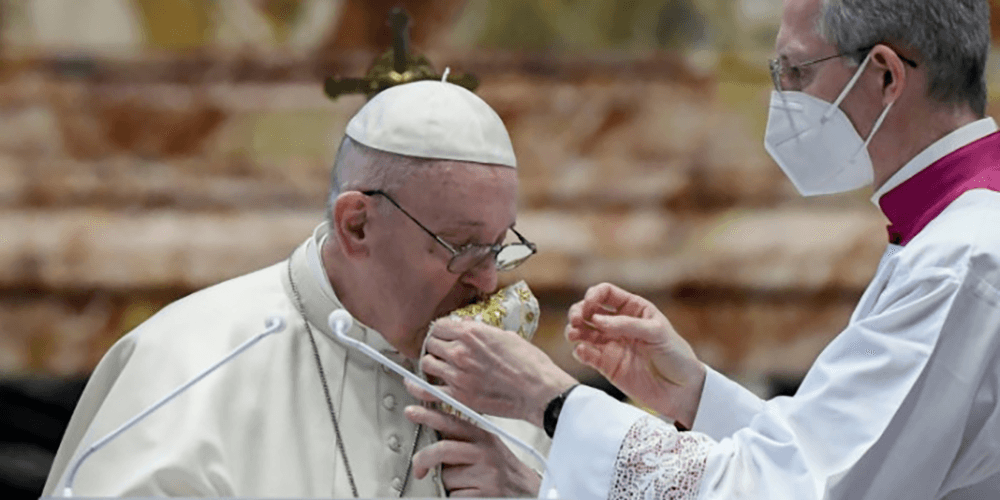 Pope Francis gave his customary Easter Sunday address to the public again this year, and this time he had a lot to say about continued violent conflicts worldwide.

"Dear brothers and sisters, once again this year, in various places, many Christians have celebrated Easter under severe restrictions and, at times, without being able to attend liturgical celebrations," said the leader of the Catholic Church in his address.

According to Oregon Live, the pontiff read the message from an indoor location to avoid potential agglomerations of people in St. Peter's Square due to the pandemic. This is the second year in a row that the pope refused to appear live in public for the same reason.

"The pandemic is still spreading, while the social and economic crisis remains severe, especially for the poor. Nevertheless — and this is scandalous — armed conflicts have not ended, and military arsenals are being strengthened. That is today’s scandal."

In the course of his speech, the pontiff mentioned tensions in eastern Ukraine, in Ethiopia and Nigeria, the Sahel, Mozambique, as well as Syria, Yemen and Libya. In Asia, his statements focused on Myanmar, where a military coup on Feb. 1 happened, and protests are often violently quashed.

Pope Francis also urged governments to look after their people and try to ensure what he called a "decent standard of living" for them despite the hardships of the pandemic:

"Sadly, the pandemic has dramatically increased the number of the poor and the despair of thousands of people," he said.