Pausé was most recently featured as the organizer of the 2020 Fat Studies New Zealand Conference infiltrated by conservative YouTube host Steven Crowder. 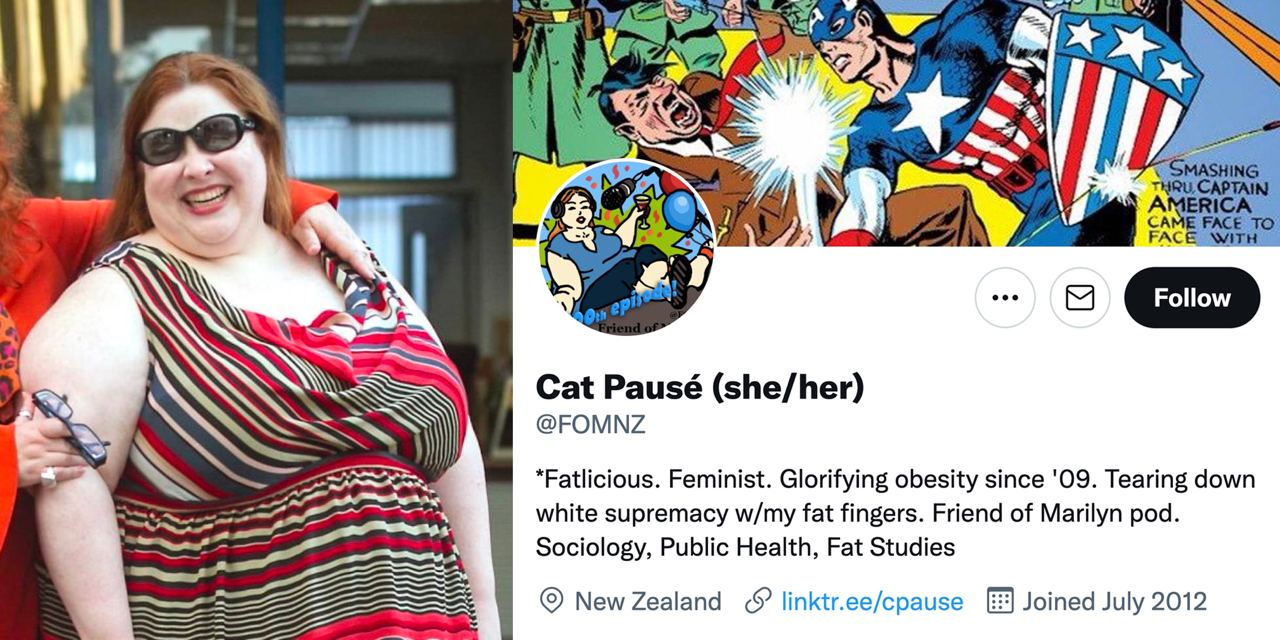 A prominent fat studies scholar and campaigner for obesity suddenly died in her sleep last week. Caitlin "Cat" Pausé, a 42-year-old activist academic from Texas and a lecturer at Massey University in New Zealand, frequently made appearances on television and was well-known for her scholarship on fat studies.

She was most recently featured as the organizer of the 2020 Fat Studies New Zealand Conference infiltrated by conservative YouTube host Steven Crowder, who wore a fat suit and prosthetics to present himself as a heavy-set woman and speaker.

Pausé’s cause of death has not been made public but New Zealand Labour MP Deborah Russell announced on Twitter that her friend had died suddenly in her sleep on March 25. Russell did not respond when asked if foul play was suspected given the surprise death.

Pausé’s academic writings and activism frequently centered around trying to disprove the link between obesity and health. She died at her home in Palmerston North, New Zealand.

Last year, Pausé co-authored an academic article in the International Journal of Disaster Risk Reduction about how obesity had wrongly become more stigmatized because of the Covid-19 pandemic. The U.S. Centers for Disease Control and Prevention says that the “risk of severe illness from COVID-19 increases sharply with higher BMI” in its list of coronavirus co-morbidities.

Pausé was also vocal in her views as an intersectional feminist and leftist activist. Her Twitter account features a banner of Adolph Hitler getting punched and her bio reads in part, “Glorifying obesity since '09. Tearing down white supremacy [with] my fat fingers.”

It is unclear if Massey University is still proceeding with its annual Fat Studies New Zealand conference in July given the death of the event’s lead organizer. The conference has not publicly commented on Pausé’s death as of the publication of this report.