Protestors occupy the steps of BC legislature in Victoria

The steps of Victoria’s BC legislature building are still being occupied by protestors who arrived there on Monday afternoon. 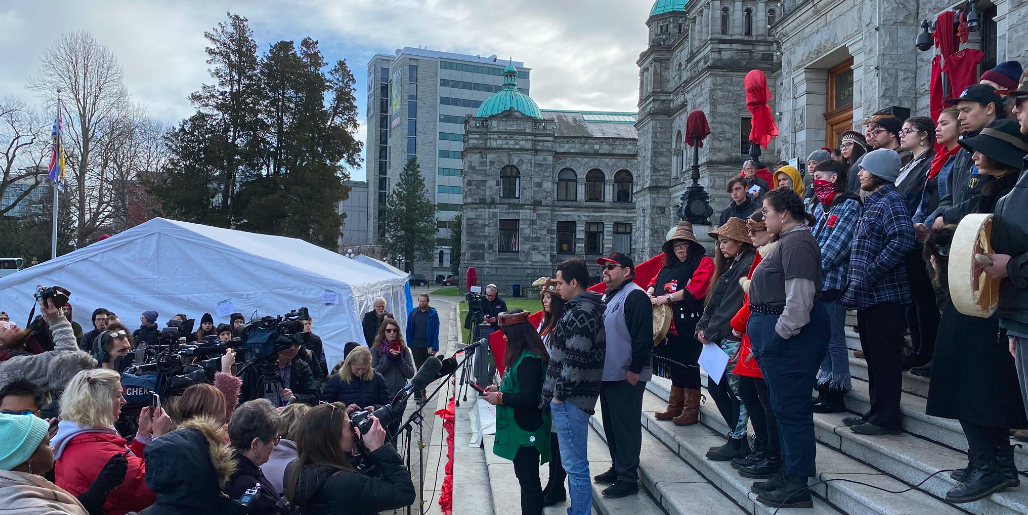 The steps of Victoria’s BC legislature building are still being occupied by protestors. They have been camping out at the building since their arrival at approximately 3 p.m. on Monday according to CTV News.

The group is expected to address the public today.

The Indigenous Youth for Wet’suwet’en released a statement saying, “address why reconciliation is dead, and what they plan to do to facilitate immediate provincial and federal action.”

The group of protestors have been showing their support for Wet’suwet’en hereditary chiefs who are against the construction of the Coastal GasLink pipeline in northern BC.

Among other things, the group is planning to voice their opposition against court injunctions being used to remove protestors from an area of pipeline construction close to Houston, BC.

On Monday, the protestors clashed with police as they charged the buildings entrance. They asked fellow supporters to bring supplies to the building such as tents, blankets, headlamps, propane and water jugs.

An injunction was won by the Speaker of the Legislative Assembly of BC on Feb. 13. The injunction prevents people from blocking doorways as well as driveways of the BC legislature. The BC Supreme Court granted the injunction which also does not allow activists to interfere with staff, security or workers on the grounds.

The protestors are allowed to be on the grounds as long as they are not breaking these rules.