The Arab Palestinian Association of Ontario held an event in Ontario that featured children glorifying violence according to the B’nai Brith Canada. 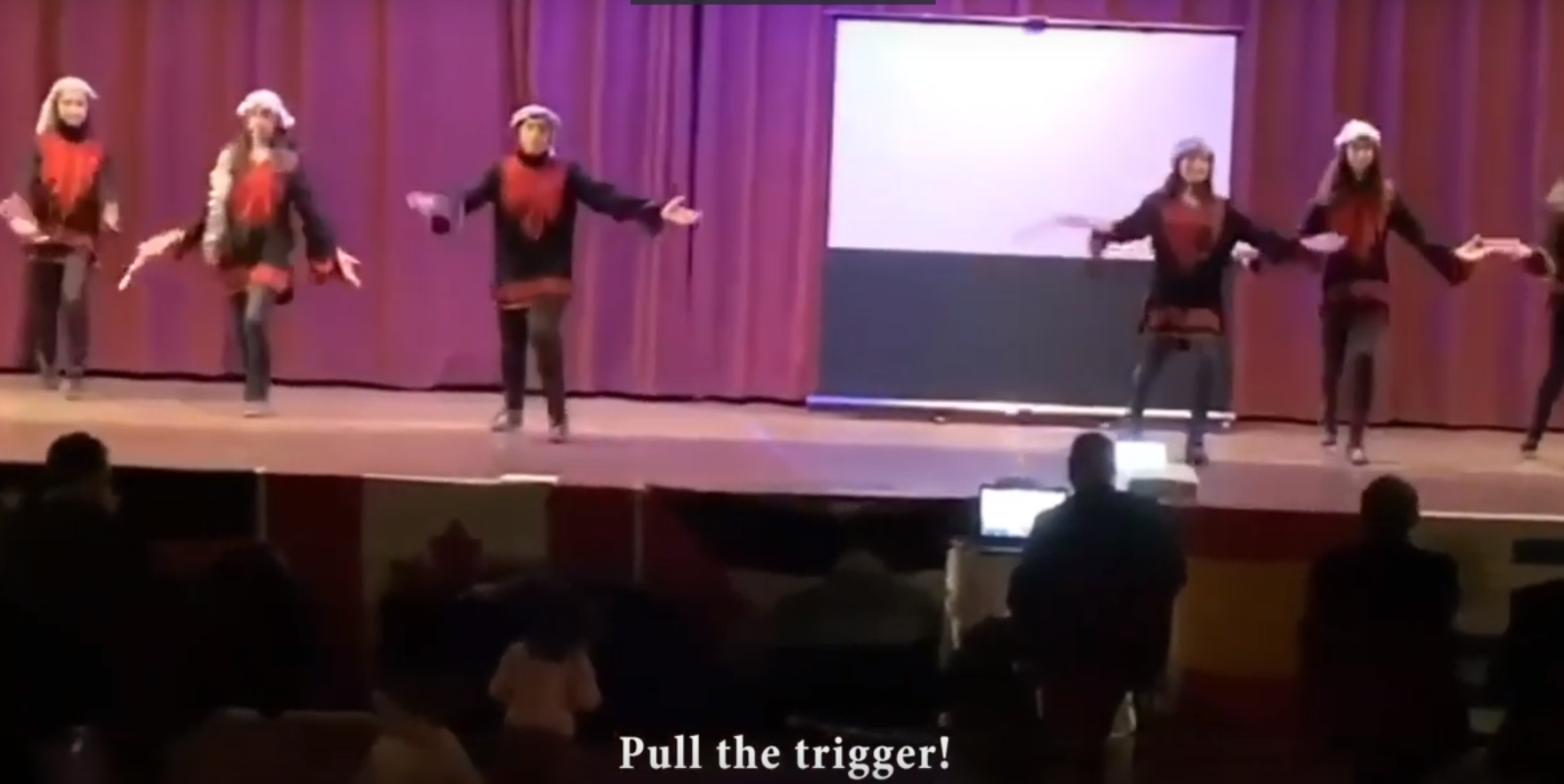 The Arab Palestinian Association of Ontario (APAO) held an event in Mississauga, Ontario that featured children performing a dance routine glorifying violence according to the B’nai Brith Canada .

The event commemorated the “International Day of Solidarity with the Palestinian People.” Green Party Leader Elizabeth May and Mississauga Centre MP Omar Alghabra took part in the commemoration.

A video was initially released by the event organizers and another version of the video was later released by B’nai Brith Canada including a translation of the lyrics in the song.

Some of the controversial lyrics included, “pull the trigger” and, “We replaced our bracelets with weapons.” They went on to say, “We attacked the despicable ones.” The lyrics resemble those of another controversial song that was brought to attention by Palestinian Media Watch in 2010. An additional song allegedly persuaded “commandos” to use their rifles during a “jihad” gathering.

The Post Millennial was in touch with Chief Media Relations and Communication Officer, Marty York, who commented, “The promotion of violence to young children is always deeply disturbing, but especially so when it takes place in an overwhelmingly peaceful country like Canada. No Canadian child should ever be taught to ‘exchange bracelets for weapons‘ or ‘pull the trigger.’”

Elizabeth May was among the speakers of the event and is quoted by B’nai Brith Canada, as asking event participants to, “explain to the Canadian Jewish Community, which is full of fine, fine people who think they understand the situation” that the government, along with the military, are, “engaging in an absolutely immoral project of dehumanizing the people they don’t want to see there.”

Chief Executive Officer of B’nai Brith Canada, Michael Mostyn, commented saying, “The indoctrination of children to glorify a life of violence is deeply disturbing,” he went on to note, “So long as Palestinian children are taught to ‘replace bracelets with weapons’ and ‘pull the trigger,’ true peace between Isrealis and Palestinians will be near-impossible to achieve.”

“The fact that these attitudes have apparently been imported to Canada is a cause for great concern.”

B’nai Brith noted that a previous video was released by the APAO on Friday featuring Florida Pastor Rick Wiles saying, “The Israeli Zionists are acting like Nazis.”