"And we do not need state laws and actions that dictate the principles of transgender medical care by pediatric experts," said Levine. 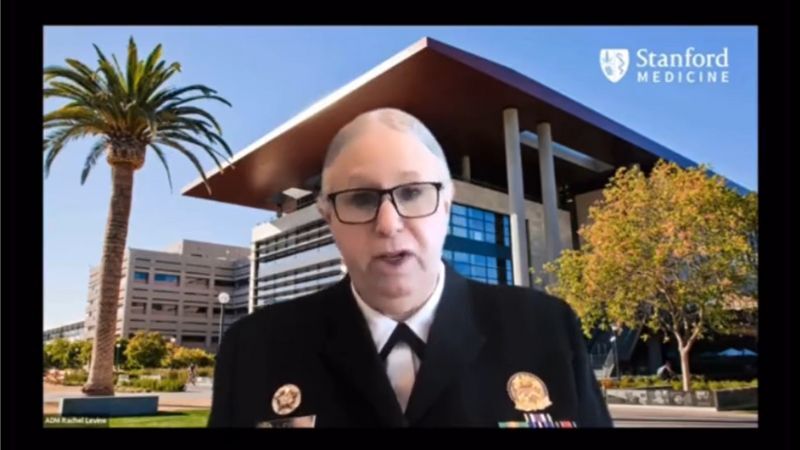 The US Assistant Secretary for Health believes that states should not be intervening in the medical care of gender-confused youth because gender medicine is thoroughly grounded in medical research, and "gender-affirming" medical interventions for youth are safe and effective.

Dr. Rachel Levine, a trans-identified male who transitioned to live as a woman in middle age after fathering children, made the comments earlier this year during a presentation to the Stanford Department of Pediatrics.


"It's very important to note that the appropriateness of a range of medical treatments, evaluations, and treatments of people who are transgender and transgender youth is thoroughly grounded in medical research," said Levine. "And we do not need state laws and actions that dictate the principles of transgender medical care by pediatric experts."

But there are very few long-term studies of outcomes for people who have medically transitioned, and none at all showing the long-term outcomes for children who received care under the affirmation model, which has only been practiced for approximately a decade. Some studies, like one recently conducted by Northwestern Medicine, claim to show a positive outcome, but the follow-up period is short and therefore the results are worthless.

Levine then went on to appeal to the authority of professional associations such as the American Academy of Pediatrics (AAP) and the Endocrine Society, which both back the affirmative model of care for minors, but failed to mention the evidence that suggests these organizations did so at the behest of activist groups and not because of sound science.

In response to the American Academy of Pediatrics 2018 position statement backing gender-affirming care for minors, Canadian sexologist James Cantor wrote a scathing rebuttal debunking it point by point, in which he concluded that AAP was "advocating for something far in excess of mainstream practice and medical consensus. Problems do not constitute merely a misquote, a misinterpretation of an ambiguous statement, or a missing sentence or two. Rather, the AAP statement is a systematic exclusion and misrepresentation of entire literatures. Not only did AAP fail to provide the evidence at all. Indeed, AAP’s recommendations are despite the existing evidence."

Likewise, the Endocrine Society rated its own 2017 guidelines as low or very low quality.

There has been no systematic review of the scientific literature for gender-affirming care for minors in the US, but in nations that have undertaken such a review, each has found the evidence to be of very low quality. Sweden and Finland have already ended affirmation and medical transition for minors and England is expected to follow suit in the near future.

The Florida Board of Medicine considered the results of these systematic reviews as well as the testimony from several detransitioners and recently voted to ban medical transitions for minors.

Even without long-term data about the appropriateness of gender-affirming care for minors, there is mounting evidence that the medical world is in the midst of what one pediatric neurosurgeon recently called an "extraordinary medical atrocity." The number of detransitioners is increasing rapidly, and medical malpractice lawsuits are now underway in the US, Australia, and England.
ADVERTISEMENT
ADVERTISEMENT
Levine Stanford