A Daily Mail article exposed that Joe Biden's controversial son felt a bit too comfortable with his language while messaging his white lawyer. 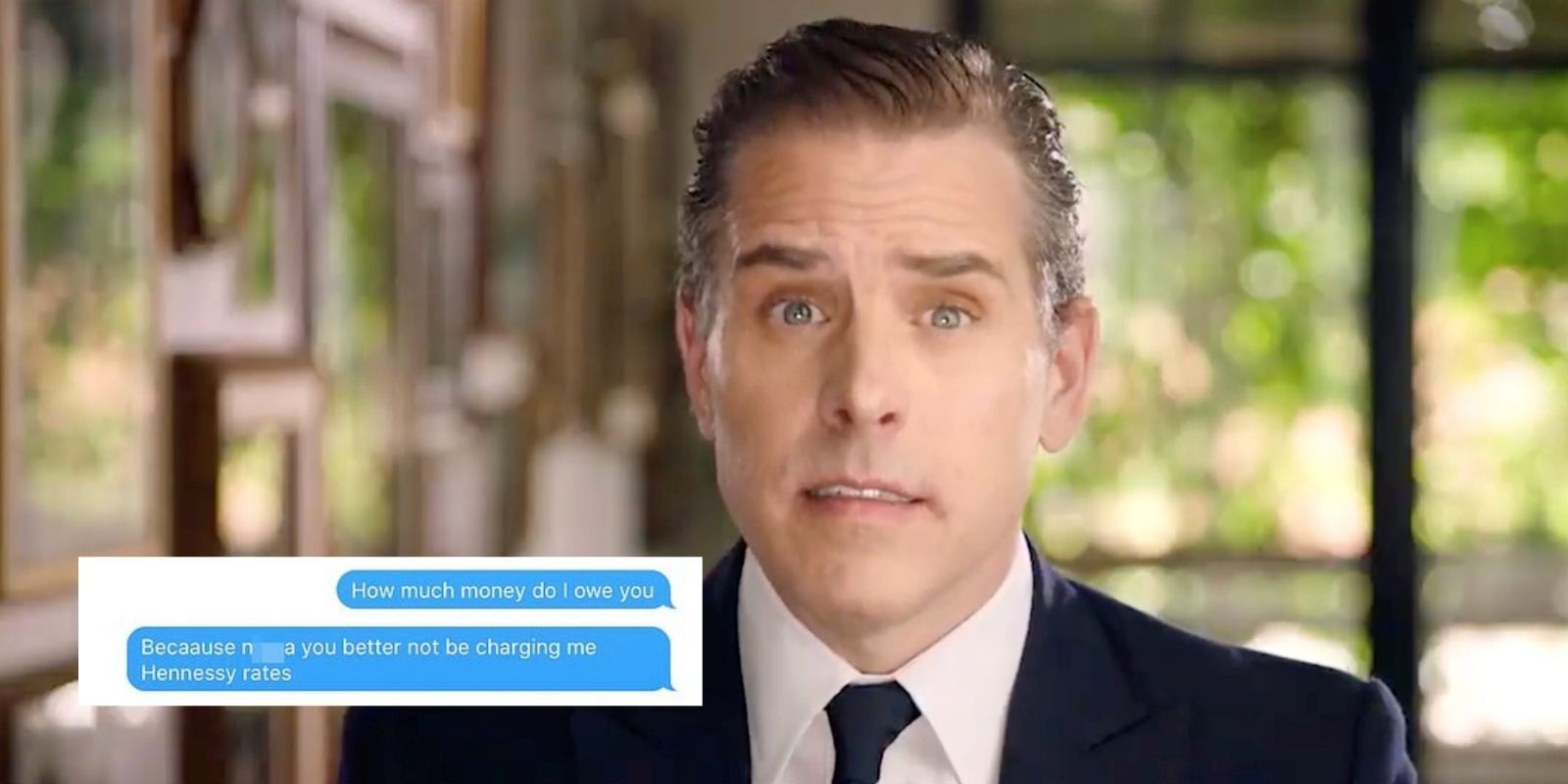 Earlier today it was revealed by the Daily Mail that Hunter Biden was casually using the n-word with his white lawyer, George Mesires.

In 2021, the cultural landscape has drastically restricted itself much further than before—for people who aren't politicians, anyway.

However, when it comes to the son of the president of the United States, there’s nothing Hunter "I mistook parmesan cheese for cocaine" Biden can't get away with. Last year's snafu with a certain hard drive has been routine fodder for the media to report on. People are starting to notice. The hashtag #RacistHunter is now trending on Twitter in response to the revelation.

"Joe Biden's son used the n-word multiple times in text messages with his lawyer. I wonder where he learned that. Like father, like son. To our global community & people of color, we apologize for the first family — a worldwide embarrassment," added conservative activist Scott Presler.

"Are these racist text messages I see on my timeline?" another Twitter user questioned. "I can't wait to see how the left ignores this one."

"#RacistHunter is trending and I'm not surprised, his dad idolized KKK member "Robert Byrd" and even spoke at his funeral," remarked black conservative McKayla J. "He was a leader of a hate group that loved using the n-word to insult black people," she fired back on Twitter.

"There's no defense for the #RacistHunter texts, but if your goal is to capitalize off Hunter's exposure yet you reject tangible measures which may secure equity for Black people you can shut up and sit down, too. Newsflash: You're no better," tweeted political commentator Tim Black.

"Joe Biden just said white supremacy is the number 1 threat to America. Today we found out via his own texts that Hunter Biden is a racist," reacted singer James McCoy Taylor. "Sounds like the President's son is the biggest threat to America (is he wasn't already based on his overseas activities)."

It fits right in with the 2020 candidate turned-American president who said people "weren't black" if they didn't vote for him, and an administration whose president and vice president had their first high-profile interaction with Harris implying Biden was a racist over the busing desegregation debacle.