The RCMP and Ontario Provincial Police will not investigate recent major accidents at Canadian Pacific and CN Railways. 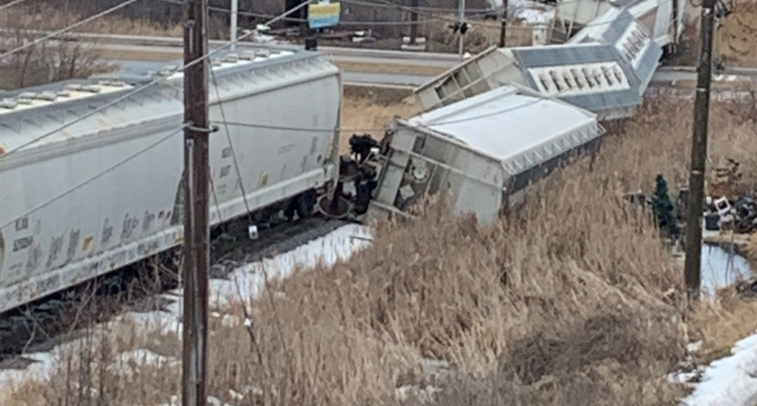 The RCMP and Ontario Provincial Police will not investigate recent major accidents at Canadian Pacific and CN Railways, leaving federal railway police run by CP and CN to investigate themselves.

According to a CBC News investigation, some of the train derailments included crude oil train crashes, some of which took the lives of employees.

Families impacted by the crashes, who have lost loved ones, are calling the decision negligent and frustrating, calling out the “double standard” where police routinely clear blockades and inspect Canada railways, but do not investigate corporate railways, even in the event of a disaster.

“It makes me angry,” said Tara Jijian, the widow of a Regina man who was killed in a CP railyard.

“Because the blockades and protests affect the economy somewhat, everybody rushes to make sure that, you know, ‘We have to clear this off, this has to be dealt with,’ ” said Jijian.

“But when it’s a person that is killed on those same railway tracks, the police just absolutely refuse to get involved.”

The derailments can have large environmental impacts. Take, for example, the derailments in Saskatchewan and Ontario, where “millions of litres” of crude oil were leaked.

No police agencies investigated the event.

In December of 2019, 33 tanker cars crashed near Saskatoon, causing an explosion. CBC’s report found that the RCMP did not investigate the event.

A CP spokesperson said that the “RCMP has been involved and has jurisdiction.” The RCMP would throw that back on the CP, saying that they were “only there for traffic control and to assist if required with any type of evacuation.”

Another large crash only seven kilometres down the track caused a large explosion and forced the evacuation of Guernsey, SK.

The RCMP, again, did not investigate, despite the similar conditions surrounding the crash.

Train derailments have been happening frequently since December, including two in two days with a major derailment in Kingston.

That train derailment is again being monitored by CN. CN says the train belong to the company, and that crews are investigating with the city monitoring the situation.

The second wreck, one in Prince George, BC, is being investigated by the Transportation Safety Board of Canada.