Jones, who is currently facing criminal charges for illegally accessing a state database, is now taking CNN host Jake Tapper to task because “media accountability is a big deal.” 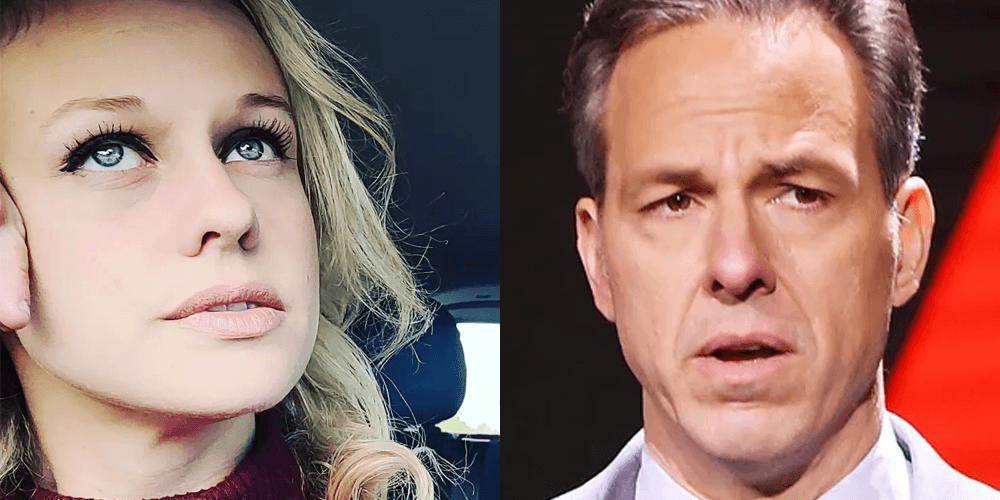 Florida’s health department “whistleblower” Rebekah Jones has accused CNN host Jake Tapper of slander, adding that “suing for libel and slander takes years and is expensive” – adding that individuals should have the right to file criminal complaints against journalists who produce unflattering reports of their subjects.

Jones herself has been the subject of several critical reports debunking her claims against the Florida Gov. Ron DeSantis, and filed a restraining order against journalist Christina Pushaw, who is now DeSantis’ press secretary, for writing about her lies.

Jones, a dashboard manager who worked for the Florida Department of Health, has repeatedly claimed that DeSantis pressured her into manipulating data to polish the appearance of his efforts to handle the COVID-19 pandemic. As detailed by Charles C.W. Cooke for the New York Post, Jones is a “fake whistleblower who peddled lies about Florida’s COVID deaths.”

Jones, who is currently facing criminal charges for illegally accessing a state database, and was later banned on Twitter for platform manipulation and spam, is now taking CNN host Jake Tapper to task because “media accountability is a big deal.”

“For example, Jake Tappers [sic] show on CNN falsely said I dropped my suit against the state. I have not. In fact, the Florida Inspector General’s office backed up my suit this year and granted me whistleblower protection,” Jones wrote, referring to the “whistleblower” status that Jones and her supporters use to argue that her claims against DeSantis and his administration have merit.

As I previously detailed in May, official “whistleblower” status in Florida is provided under law to any former or current Florida state employee who makes an allegation of wrongdoing by a state agency. It is not a judgment on the merits of any claims raised by the “whistleblower” and is instead designed to shield his or her identity until an investigation is concluded.

“Suing for libel and slander takes years and is expensive,” Jones wrote. “Unless you’re a millionaire, it’ll bankrupt you.”

“Tapper doesn’t like me because I called out his hypocrisy on Twitter,” she added. “He’s petty enough to commit slander because I pointed out that he has a selective concern about life in the context of veterans, school teachers and students, and was pushing anti science.”

“I think the public should have a right to file criminal complaints against media agencies who intentionally or recklessly publish false and misleading information against individuals with the intent to harm,” she wrote. “What do you think?”