The Massachusetts lawmaker made the comments as her state announced that inmates would be among the first to be inoculated after health care workers and the elderly. 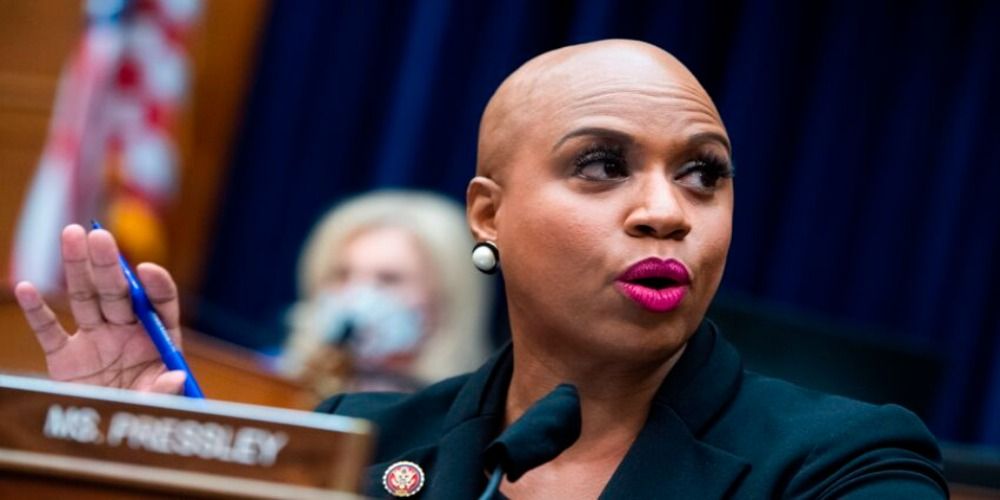 Rep. Ayanna Pressley (D-Mass.) said in an interview on CNN's "Inside Politics" that she would work to make it a priority for prisoners to get the coronavirus vaccine.

The Massachusetts lawmaker made the comments as her state announced that inmates would be among the first to be inoculated after health care workers and the elderly. Pressley said she was vaccinated on Saturday to encourage reluctant black Americans who she claims are distrustful of the health care system to be vaccinated.

"I wanted to set an example... I consulted with my husband and my health care provider, which is what I encourage others to do when making their own very personal decision," she said.

Not all members of her progressive group of congresswomen, unofficially called the "squad," are in agreement. Ilhan Omar (D-Minn.) said it was "shameful" that younger lawmakers like Alexandria Ocasio-Cortez (D-NY) have received the vaccine before seniors and essential health workers. She said that she would pass on getting the vaccine so that people who need it the most will have access to it.

Pressley, who has the auto-immune disease alopecia continued "...at the end of the day, I think this is what is in the best interest of our public health... I trust the vaccine and that's why I had it administered. And I want to say thank you to all the scientists and all the researchers."

According to the Marshall Project, which tracks prisoner deaths in federal and state facilities, more than 276,235 people in prison have tested positive for the coronavirus as of Dec. 15 and at least 1,738 prisoners have died from the disease.

"I'm going to continue to fight for our most vulnerable communities who have been disproportionally impacted by the virus, for our health care workers, for our essential workers, for incarcerated men and women to be prioritized in the distribution of the vaccine," Pressley said in the interview.

Last week, a group of academics from Yale, Columbia, Harvard and other universities, asked the Centers for Disease Control and Prevention (CDC) to prioritize prisoners for vaccinations.

"Prisons and jails across the country have been epicenters of the COVID-19 pandemic. Since the beginning of the pandemic, correctional facilities have accounted for a majority of the largest single-site, cluster outbreaks across the country. Nearly twenty percent of the prison population has tested positive for COVID-19, with an infection rate that is higher than five times and an age-adjusted mortality rate that is three times that of the general population," they wrote in a statement outlining their recommendation.

Thousands of prisoners across the country were released in response to the initial outbreak of the pandemic. Many of those we re-arrested for offenses or violating the terms of their release.

The CDC has recommended that the first shots go to essential workers in the health care industry and residents of long-term care facilities like nursing homes and assisted living.

"I will continue to fight in Washington and in Massachusetts to ensure that our frontline healthcare workers, those behind the wall, our essential workers, and the marginalized communities who have been hit hardest by this pandemic are able to access the vaccine rapidly and free of cost," Pressley said in a statement.