Far-left rioter John Sullivan received $35,000 each from CNN and NBC for the Jan. 6 footage he recorded of Trump supporter Ashli Babbitt's shooting death inside the Capitol building. 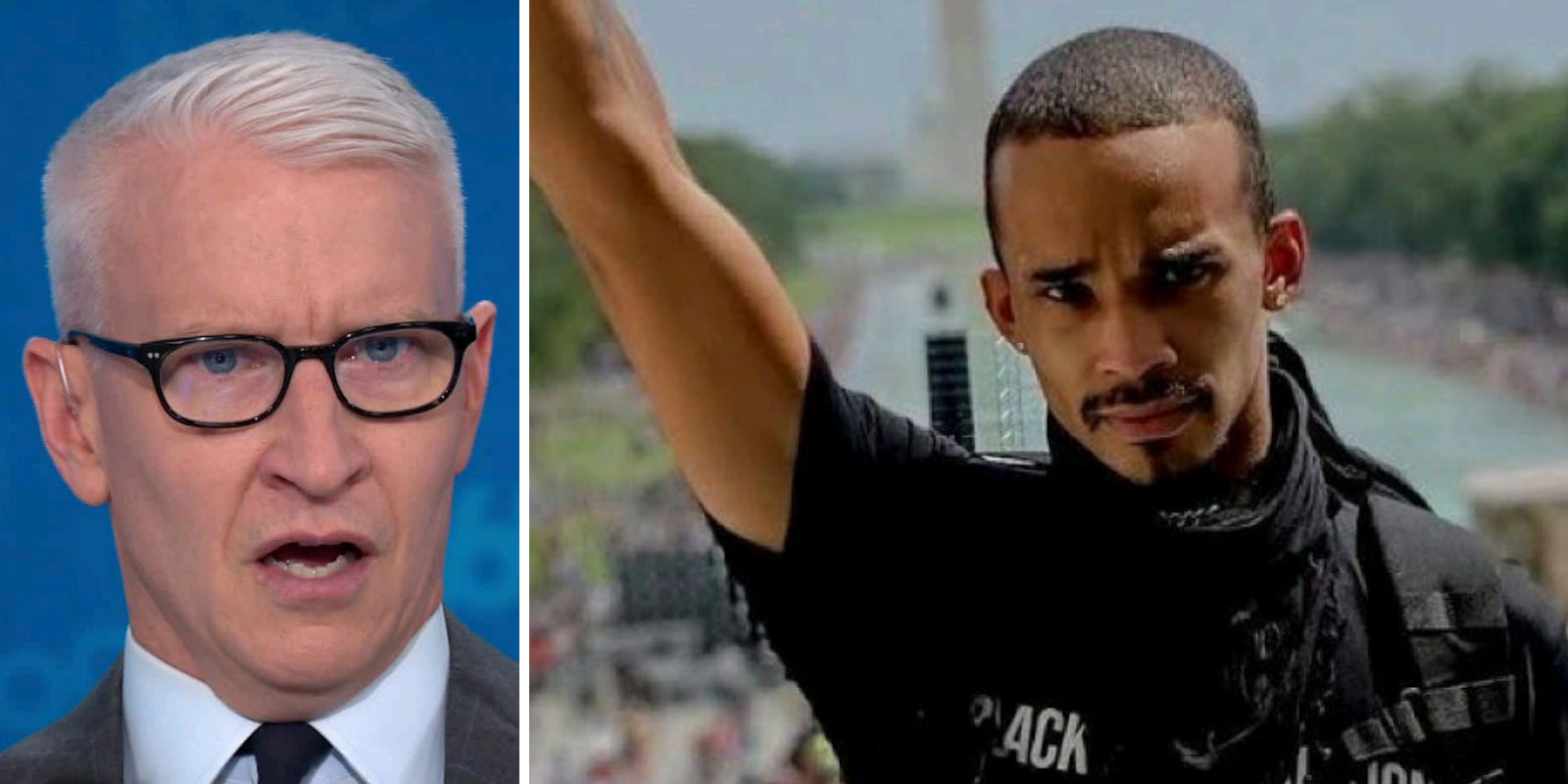 Far-left rioter John Sullivan received $35,000 each from CNN and NBC for the Jan. 6 footage he recorded of Trump supporter Ashli Babbitt's shooting death inside the Capitol building.

According to records filed in federal court, the Black Lives Matter militant, who is facing criminal charges by federal authorities for his alleged involvement in the Capitol Hill riot, was awarded $70,000 total from the two left-wing media outlets.

CNN's Anderson Cooper featured Sullivan on his show in the wake of the riot to present his account as the self-professed heroic reporter who both witnessed and captured the female Air Force veteran's death.

In addition to the invoices filed by Sullivan's lawyers from the major broadcasters for rights to air his footage, the defendant also received $5,000 from Left/Right Productions and $2,500 from the Australian Broadcasting Corporation, the Daily Caller reported.

Sullivan's legal counsel disclosed the payments as part of the 26-year-old Utah native's argument that he was present at the time to "document and report" the event for journalistic purposes, not to incite or engage in violence.

"Defendant is legitimately self-employed as a documentarian and it is oppressive to require that he not be allowed to continue his primary area of employment for an extended period of time," attorney Steven Kiersh wrote in another court filing, which argued for Sullivan's continued usage of Facebook and Twitter.

The federal magistrate judge overseeing Sullivan's case ruled on Tuesday that he can continue to use the digital networks, but that he must cut ties with the group he founded that the Justice Department claims promotes and glorifies violent protests, Politico reported.

Sullivan is accused of knowingly entering a restricted building or grounds without authority, civil disorder, and violent entry or disorderly conduct. He was later hit with an additional charge: obstruction of congressional efforts to count and certify President Joe Biden's election victory over former President Donald Trump.

The founder of Utah-based extremist group Insurgence USA maintains that he embedded himself among the pro-Trump mob to record the January breach of the Capitol building. But an FBI special agent noted via sworn affidavit that Sullivan even admitted that he has no press credentials. The investigation failed to yield "any connection between Sullivan and any journalistic organizations."

There are recorded examples of Sullivan agitating the crowd. When individuals climbed the wall to reach the plaza just outside the Capitol building's entrance, Sullivan can be heard shouting on-camera: "You guys are f—ing savage. Let's go!"

"We did this together. F— yeah! We are all a part of this history," Sullivan stated in video evidence cited by the prosecutors. "Let's burn this shit down."

At the afternoon hearing related to the defendant's release conditions, Judge Robin Meriweather split the difference between prosecutors seeking to eliminate Sullivan's social media presence and the defense lawyer who positioned the restrictions an "oppressive, overbroad" assault on his client's constitutional rights.

"I am rejecting the broader prohibition on Twitter and Facebook and encrypted social media platforms," Meriweather said, also ordering that Sullivan be taken off of 24-hour location monitoring via GPS.

However, Sullivan will have his internet use monitored by probation officials. He's still under home detention awaiting possible trial.

After Sullivan was charged, he was released from jail on house arrest under specific conditions despite objections. The prosecution warned during the previous virtual hearing that Sullivan "thrives on chaos," stating that he "uses messaging apps to set up meetings and set up riots."

Federal prosecutor Bryan Reeves pointed at Sullivan's protest-drawn provocateur persona. "He will pose as different members of organizations, even those that have disavowed him" just to stir trouble, he alleged. Sullivan also had plans to return to Washington for Inauguration Day on Jan. 20, Reeves emphasized.

Sullivan was arrested and charged earlier in July 2020 during an Antifa-Black Lives Matter riot where drivers in Provo were threatened and one was shot.

It was also revealed that the Sullivan was once an Olympic speed skating prospect promoted by Uber. While training, he worked various odd jobs until he began his new stint as an Uber driver. The ride-hailing company featured Sullivan in an article, entitled "Meet John: An Aspiring Speed Skater," linking Sullivan's self-started GoFundMe page. The campaign raised over $2,500 at the time to fund his journey to Pyeongchang. The since-deleted advertisement described his now-ditched Olympic gold medal dreams.

In January 2018, Sullivan competed in the men's 500 meter event during the Long Track Speed Skating Olympic Trials at the Pettit National Ice Center in Milwaukee, Wisconsin. Insurgence USA even uploaded footage of the race to YouTube.

His checkered past has burgeoned questions about the self-styled social justice activist's true motives. Even figures on the political left have questioned Sullivan's post-siege behavior and condemned his successful attempts to insert himself in the protest community. BLM's Utah chapter leader Lex Scott insisted to Fox News that the organization does "not want to be associated" with Sullivan.