"If you get down to Dave Chappelle's real feelings, he a lovely person. He's one of the nicest people I've ever met in my life. He loves everybody, He's not a hateful soul." 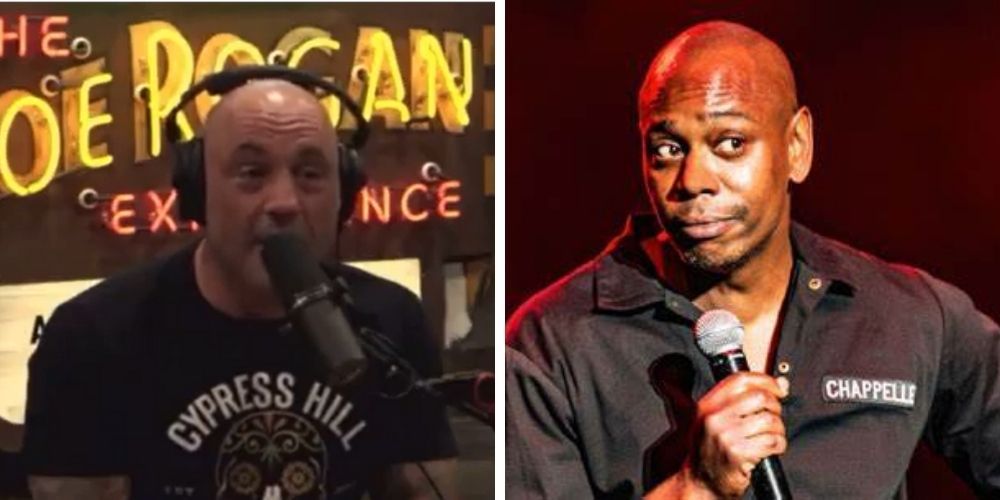 Joe Rogan defended fellow comedian Dave Chappelle over the controversy surrounding his latest Netflix special "The Closer," which is among the top 10 most popular Netflix shows in the US, and was as high as Number 3 earlier this week.

Critics have called the comedian "transphobic" over remarks Chappelle made supporting JK Rowling who said that gender is based in fact, and declaring himself on "team TERF," which stands for trans-exclusionary radical feminist. They have also demanded that the special be removed from the platform.

The streaming giant had previously defended "The Closer," even when some Netflix employees slammed their employer for standing by Chappelle. On Tuesday, Netflix Co-Chief Executive Ted Sarandos changed his tune and said he "screwed up" in his efforts to communicate with employees who were upset over the comedy special. Wednesday, some Netflix employees protested at the company but were met by counter-protestors who said "Jokes are funny."

On Tuesday's episode of The Joe Rogan Experience, Rogan said that he and Chappelle have "texted back and forth" about the drama surrounding the special and that he's "riding out the storm."

"Because he's not a homophobic or transphobic person. He makes fun of himself. It's fun, it's just making jokes, that doesn't mean hate. This is the problem with today. If you don't have an enemy, you make an enemy… We look for things. Like if people really hated you and they were the enemy, people that just joked around about stuff wouldn't be thought of as the enemy."

"As the level of people truly hate you drops, you start looking for equilibrium at what you're upset about. So now you're more upset about jokes, now silence is violence. And now, you know, you can't just be this, you have to be that. And it becomes this weird control level… when you start equating jokes with, like, real feelings, they're not the same thing."

"If you get down to Dave Chappelle's real feelings, he a lovely person. He's one of the nicest people I've ever met in my life. He loves everybody, He's not a hateful soul. He's just a guy who loves this artful called stand-up comedy and he tries his best to navigate this world of talking sh*t about things and saying outrageous things that get huge laughs or placating really sensitive groups that feel like they are in a protected class. And then the other people that pile on to that also feel this is a protected class and they equate any jokes with hate. This is when they're wrong. I'm telling you, Dave Chappelle does not hate anyone or anything. His jokes are just that. They're just jokes."

"Just pay attention to the overall message. It is in no way transphobic. It's just not."

Rogan called Chappelle "…the most popular comedian on Planet Earth" and "one of the greatest comedians that has ever lived."

He also slammed the media for creating a "journalistic version of The Streisand Effect," which means encouraging more people to watch the special.