The San Francisco Bicycle Coalition wrote about their dedication to anti-racism in 2020 and have held panels on the intersection of race and bicycles and promised to end the systemic bicycle white supremacy. 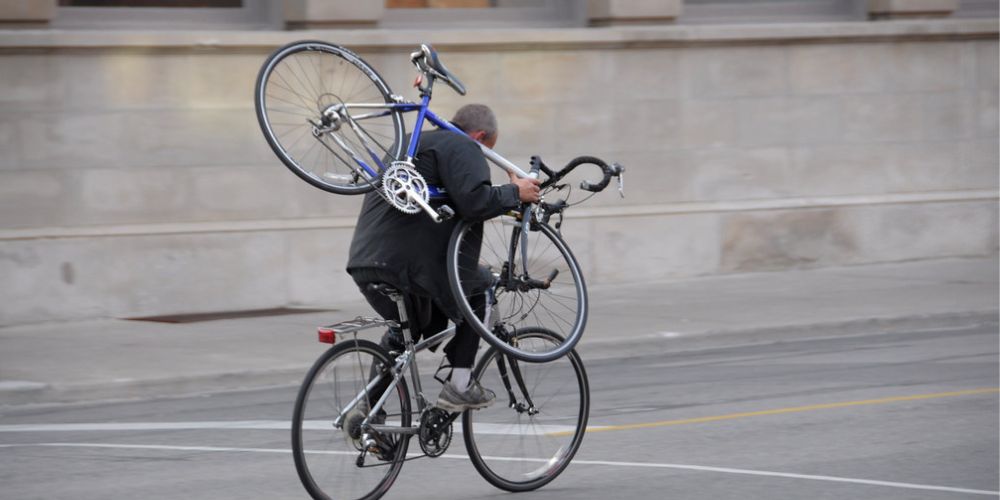 Joshua Young Youngsville North Carolina
Sep 12, 2022 minute read
ADVERTISEMENT
ADVERTISEMENT
San Francisco crime has skyrocketed since 2020 and bike theft has grown into an epidemic in the Golden City. In response the San Francisco Bike Coalition wrote on their "considerations" section of their website that victims of bike theft should reconsider calling the police as "Black and brown" people could be harmed from the interaction.

One Twitter user responded, "San Francisco Bicycle Coalition @sfbike acknowledges that 'Black and Brown people' (sic) are way overrepresented as bike thieves, but says not to report them, because filing theft reports leads to them being 'impacted' by police. You can’t even make this up."

Stanley Roberts posted a screenshot of the original message which read, "Black and brown people are often deeply harmed or even killed by interactions with the police, and the San Francisco Bicycle Coalition decided in 2020 to end any formal relationship with SFPD."

The organization recommended "minimal contact with the police" and encouraged "everyone to consider the potential impact to human life of involving the police in any situation."

The San Francisco Bicycle Coalition wrote of their dedication to anti-racism in 2020 saying: "Our streets will not be safe until black people can use them without fear. We stand in solidarity with those protesting the murders of Ahmaud Arbery, George Floyd, Tony McDade, and Breonna Taylor and the continued police violence against black lives. We are committed to being an antiracist organization, and as a majority-white organization, we know we have more learning and growth to do."

After two years of growth and learning the mostly white organization has seemingly concluded it's best to let black and brown San Franciscan's steal bikes.

The organization has posted with frequency about "black and brown" communities and asserted dubious racially essentialist screeds in keeping with the bigotry of anti-racist doctrine. Examples include, "Ever heard of a pretextual stop? It's basically a way police can make racially biased traffic stops for minor violations (like riding a bike without pedal reflectors), disproportionately targeting and harming Black and brown communities."

They also advocated for law advocating less policing of traffic as that too was racist.

"More importantly, it would cut down on police traffic enforcement, which often does little to create safer streets, and instead over-polices and disproportionately harms Black and brown communities."