"Parents were upset. The city as a whole was upset, and the decision to recall school board members was a result of that," said Breed. 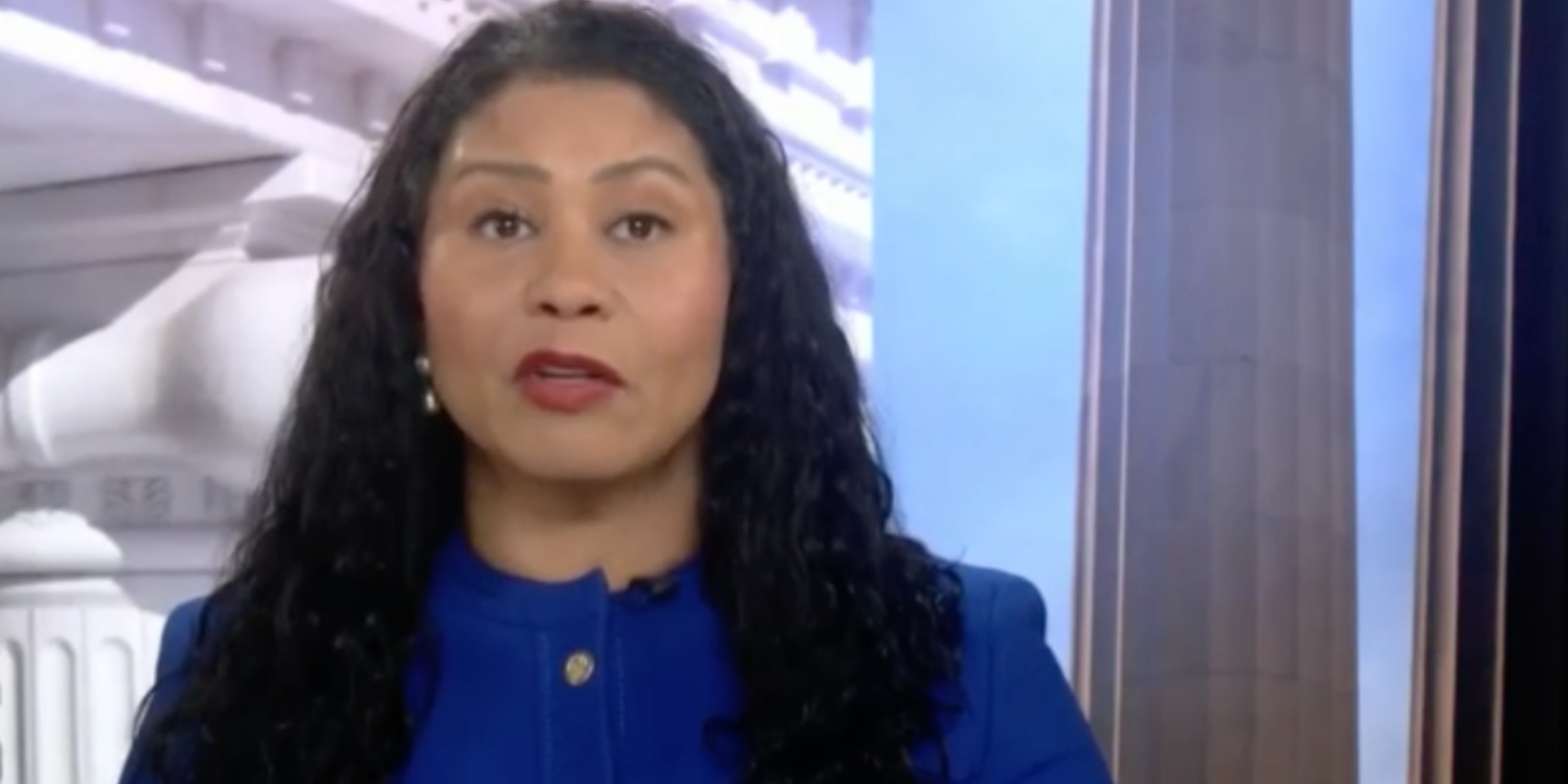 After three of the cities seven school board members were recalled in San Francisco last week—the only member that were eligible for recall—Mayor London Breed said "we failed our children." Breed made these comments on NBC's Meet the Press on Sunday.

"Parents were upset. The city as a whole was upset, and the decision to recall school board members was a result of that," Breed told NBC's Chuck Todd. The recall was led by community members who were frustrated that the school board spent more time and effort trying to rename several local schools than to get schools open.

The school board was attempting to change the schools' names due to the "racist" nature of the schools' namesakes, such as Abraham Lincoln, George Washington, and service US Senator Dianne Feinstein. Parents brought suit as the board pursued these changes. The plan was later reversed amid the backlash.

Educating children, Breed said, shouldn't be a partisan issue. "And so in this particular case, the board neglected their primary responsibility to focus on other things, other things that are important, but not as significant as what they were there to do and this is to educate children.

The recall was supported by more than 70 percent of voters and those votes were bolstered by Chinese American San Franciscans, who were opposed to the school board's attempt to reduce admissions standards for the specialized Lowell High School for academically gifted and driven students. The school has a high Asian American population.

"And so in this particular case, the board neglected their primary responsibility to focus on other things, other things that are important, but not as significant as what they were there to do and that is to educate children," Breed said.

"My take is that it was really about the frustration of the board of education doing their fundamental job," Breed went on to say. "And that is to make sure that our children are getting educated, that they get back into the classroom. And that did not occur. They were focusing on other things that were clearly a distraction."

In response to the recall efforts that cost them their posts on the school board, ousted school board president blamed "white supremacists" for the recall. "So if you fight for racial justice, this is the consequence. Don’t be mistaken, white supremacists are enjoying this. And the support of the recall is aligned with this." Gabriela Lopez said on Twitter.

Lopez, the youngest person ever elected to serve as School Board President, called the recall "an extreme waste of time, energy and money on a useless/selfish election." Following the recall, Lopez intends to attend a PhD program at Stanford in Race, inequality and Language Education.

Alison Collins, who was also forced out, continued to blast her progressive messaging via Twitter after the recall.

And she shared a tweet opposing reopening due to fears over Covid, which has been particularly less harmful to children than vulnerable adults.

After the recall, Breed issued a statement, saying that "The voters of this city have delivered a clear message that the school board must focus on the essentials of delivering a well-run school system above all else." Breed had previously slammed the school board for being too concerned with "political agendas."

"San Francisco is a city that believes in the value of big ideas," she said, "but those ideas must be built on the foundation of a government that does essentials well." Breed is tasked with appointing replacements for Alison Collins, Gabriela Lopez and Faauuga Moliga, who will serve until a November election gives San Franciscans a new opportunity to choose school board members.