The program, called GIFT (Guaranteed Income for Transgender People) will offer qualified residents $1,200 per month for 18 months via a debit card. 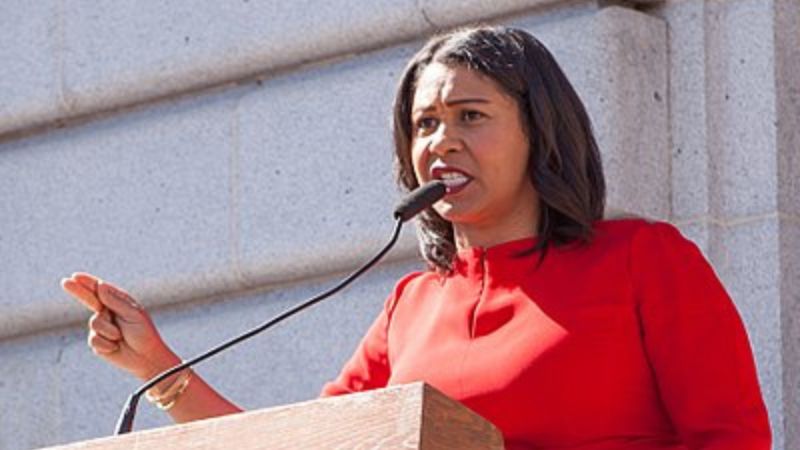 San Francisco has launched a guaranteed income pilot program exclusively for residents who identify as transgender.

"Our Guaranteed Income Programs allow us to help our residents when they need it most as part of our city’s economic recovery and our commitment to creating a more just city for all," Mayor London Breed said. "We know that our trans communities experience much higher rates of poverty and discrimination, so this program will target support to lift individuals in this community up."

Jack Posobiec commeted on the program on Twitter and wrote, "Everyone just show up to SF and identify as trans they aint checking skirts."

The program, called GIFT (Guaranteed Income for Transgender People) will offer qualified residents $1,200 per month for 18 months via a debit card. The application is open from November 15th, 2022 through December 15th, 2022. A resident must be at least 18 years old, a resident of San Francisco and identify as transgender, nonbinary or intersex and make less than $4,000 per month.

The program website states it will prioritize applicants who are black, indigenous or people of color and undocumented residents may also apply.

The 10-page PDF application requests a remarkable amount of identity information, including 15 pronoun categories, 17 sexual orientations and more than 90 gender options, including, ironically, "I don’t use labels" and somehow, "Not Listed."

Applicants must, however, show proof of income, resident and photo ID. The pilot will allow 55 applicants to be selected for an 18-month period.

Pau Crego, Executive Director of the San Francisco Office of Transgender Initiatives noted, "Even with our rich history of trans advocacy, we see that trans San Franciscans experience poverty at exponentially higher rates compared to the general population."

Mayor Breed has noted that there are roughly 400 or so homeless people who identify as transgender in the city at any given time, compared to the estimated 7,754 total homeless population, roughly 5 percent. Yet the mayor has promised to "end transgender homelessness by 2027."

San Francisco is currently facing a $1.7 billion deficit, and this isn’t the only discriminatory guaranteed income program in place. Currently the city offers a special program for black and Pacific Islander pregnant residents at $1,000 per month and another exclusively for artists at the same rate.

The city already provides an extensive list of housing and medical services for people who identify as transgender and LGBTQ residents. Breed’s 2027 plan includes 150 additional long-term housing subsidies, a "Permanent Supportive Housing site for TGNC and LGBQ+ youth, with a focus on Transition Age Youth (TAY)," and increasing the already $500,000 currently spent on trans youth homelessness.

With all of this dedicated and arguably discriminatory efforts targeted specifically towards LGBTQ residents, the mayor only holds a 36 percent approval rating from residents, claiming the mayor is not as progressive as they would like. Overall homelessness has not improved and appears to be getting worse. Drugs like fentanyl plague the city and the police, known as "Peace Officers," cost the residents $831 million per year despite rising crime. The mayor’s $452,421 compensation, the highest for any mayor in the country, likely doesn’t help matters.