Referring to her white males student Norris said, "I think they need to go. I think they’re really awful people" and "We just need some vigilante Dexter... Like, here’s your community of targets." 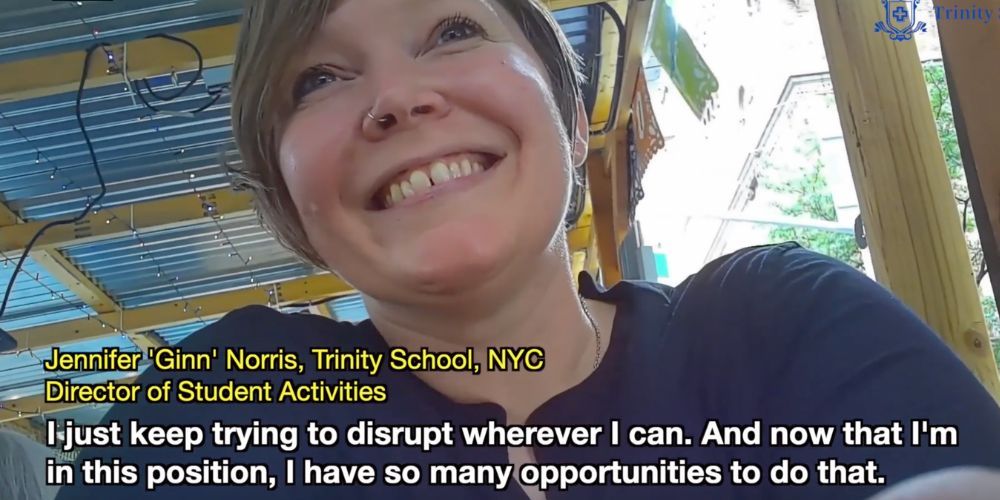 The teacher and Director of Student Activities at the Trinity School in New York City who was caught on tape saying "we just need some vigilante Dexter" to take care of the "white boys" at her school has been placed on paid leave by the administration, who wrote in a letter they were disturbed by how the recording was made.

In a letter to parents from the school, posted to Twitter by Paul Rossi, the school complained about the way in which the information was received, but noted that an investigation was being conducted into the teacher's conduct.

On Wednesday, Project Veritas released a video containing an undercover conversation with teacher Jennifer 'Gina' Norris, where she unveiled how she and other teachers at the school inject activism into their teachings. The conversation included Norris stating that she's "afraid" of her rich, white students, adding that some of the white boys in her school are "horrible."

Then she asked if the Project Veritas journalist knew who Dexter was, referring to the Showtime program about a serial killer who mostly targets other serial killers.

"Like, here’s your community of targets." Norris said after mentioning the community of white males in her school.

The Trinity School, which Norris described as "a really fancy private school up on the Upper West Side" that's "definitely a school where conservatives would not feel comfortable," serves kids in grades K-12, and for the 2022-23 school year the school costs $58,385 for grades K-8, and $58,495 for grades 9-12 per year.

According to the New York Post, as of Friday Norris was placed on paid leave by the school under the direction of the Head of School John Allman and President of the Board of Trustees David Perez.

Allman and Perez sent a letter out to the school community commenting on the situation which read that the video of Norris was "Made without her knowledge or permission by someone who misrepresented himself" and that "Circumstances surrounding the recordings are deeply disturbing."

The school said they were "Profoundly troubled by the reprehensible way Ms. Norris and our school community were targeted."

Norris told the journalist that "I don’t hide how I feel, but I can’t pretend I’m [not] promoting an agenda even though I clearly am with all the stuff I’m doing." She also said, "Unfortunately, it’s the white boys who feel very entitled to express their opposite opinions and just push back. There’s a huge contingent of them that are just, like, horrible. And you’re like, 'Are you always going to be horrible, or are you just going to be horrible right now?"'

Referring to the white males student she then said, "I think they need to go. I think they’re really awful people" and "They’re so protected by capitalism. It makes me sad."

The letter from school leadership said, "The sentiments expressed in the video do not reflect the mission of value of Trinity School."

The Trinity School said they are doing an investigation and "Review school protocols and practices that are in place to ensure that we are living up to our determination to build a more inclusive community."

"Our community stands and strives to live up to higher ideas - love, respect, and inclusion," the school said.